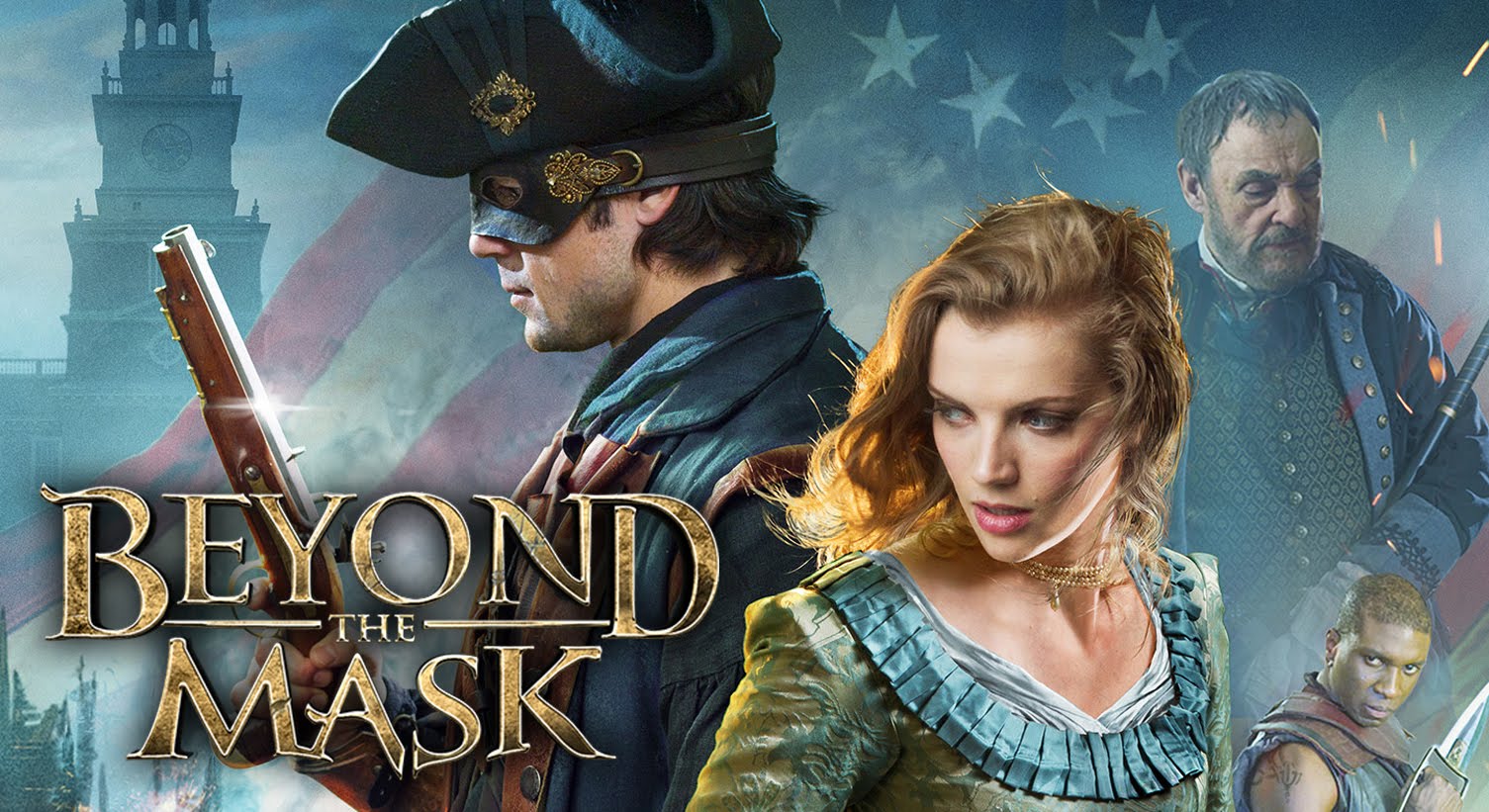 “I will dismantle his plans, piece by piece…”

Ever wonder what happened during the signing of the Declaration of Independence? William Reynolds, former assassin, wants to change his life so he may be good enough for a woman that he likes. Little does he know of an attempt to blow up the entire city that the Declaration of Independence is being signed in is being planned. Can William Reynolds stop the plan before the city is in ashes?

Beyond the Mask is great movie, packed with action, drama, romance. It is set in 1776, in which we all know is the Revolutionary War.

The good things about this story is that it portays that God is the only one who can redeem us, not anyone else. “Redemption not revenge” is repeated throughout the movie. Reynolds learns that he can’t redeem his name and trusts God as His Savior near the end. It shows that no matter how bad you’ve been, God is always right there to forgive you.

When it comes to language, there is none. So all together, this movie show a good message, God can forgive us not matter the circumstances.

There is an awful lot of violence in this movie. Since William is wanted dead we see a lot of gun shooting, hitting, and shooting. I don’t suggest that you let your 3 year old watch these parts. There is one particular fight when Reynolds fights a man that falls down and his skull breaks. This is not shown however. A lot of Reynolds friends die. When they do there is a little blood, but not a lot.

This movie portrays a good message overall. If your a person who likes a lot of action, then this is the movie for you. Beyond the Mask tells us that we can change from our past into a new man. It also shows that revenge is not the way to go. I think you will like this movie. If you would like to buy it click on this link for amazon video:

or this for DVD: