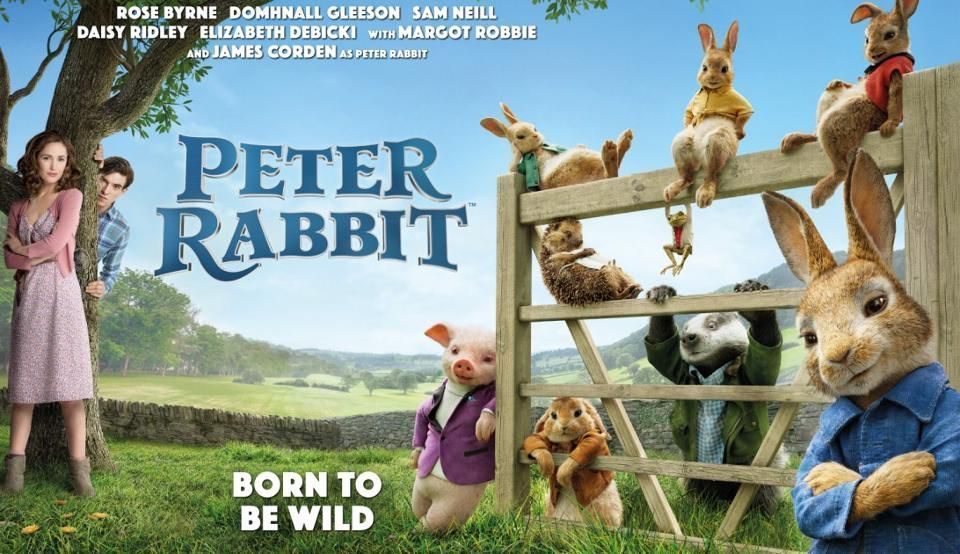 Old Mr. McGregor is dead! Peter Rabbit has finally done it and now the house is empty and the animals can have it all to themselves, or so they think…

Old Mr. McGregor has a nephew who is the new Mr. McGregor who has come to take possession of the house and is getting it ready for sale. He tries to keep Peter and the gang from getting into the garden by doing various things, but nothing seems to keep Peter and his family from getting into the house. Eventually Mr. McGregor meets Bea, who loves rabbits. Despite their different opinions on rabbits, they begin to develop a relationship. But that isn’t the end of the story, because Peter Rabbit has something to say about it.

This movie portrays a good message, you need to say sorry. Peter Rabbit really messes up and eventually says sorry by putting his head on others. He also tells the truth about why he really is attacking Mr. McGregor. He realizes if he wants to get things done, he has to work as a team, in this case, with his family.

When Peter Rabbit notices that Bea isn’t paying attention to them anymore, he tries to get rid of Mr. McGregor, and he eventually helps both him and Bea get back together…And in the end, all ends out happily ever after.

Near the beginning, Peter Rabbit tries to stick a carrot in the backside of Old Mr. McGregor. Later on in the movie we see a man getting ready to drink out of a toilet. Peter Rabbit usually is up to no good, trying to be dangerous. “No guts, no glory” he says, referring to that he always wants attention. One character gets really angry with something twice and begins to destroy his surroundings. When it comes to language there is a little, but it is mostly name calling. One character also mentions that they had mistaken a boy rabbit’s buttons of his jacket for his nipples. We see one person’s briefs for a few seconds. The rabbits hide in a pair of pants and peek out the fly. Also, when the animals are shooting vegetables at Mr. McGregor, Peter calls out, “You know where to hit!” Mr. McGregor covers his midsection.

In this movie there is a lot of things that Peter does that are just for glory, but in the end he learns a good lesson, he learns that it takes a team to get things done. He does a lot of hilarious things that are good for a laugh. So if you feel like sitting back and watch mischievous Peter Rabbit come up with silly plans then this movie is for you. If you would like to buy it, click on the following link.