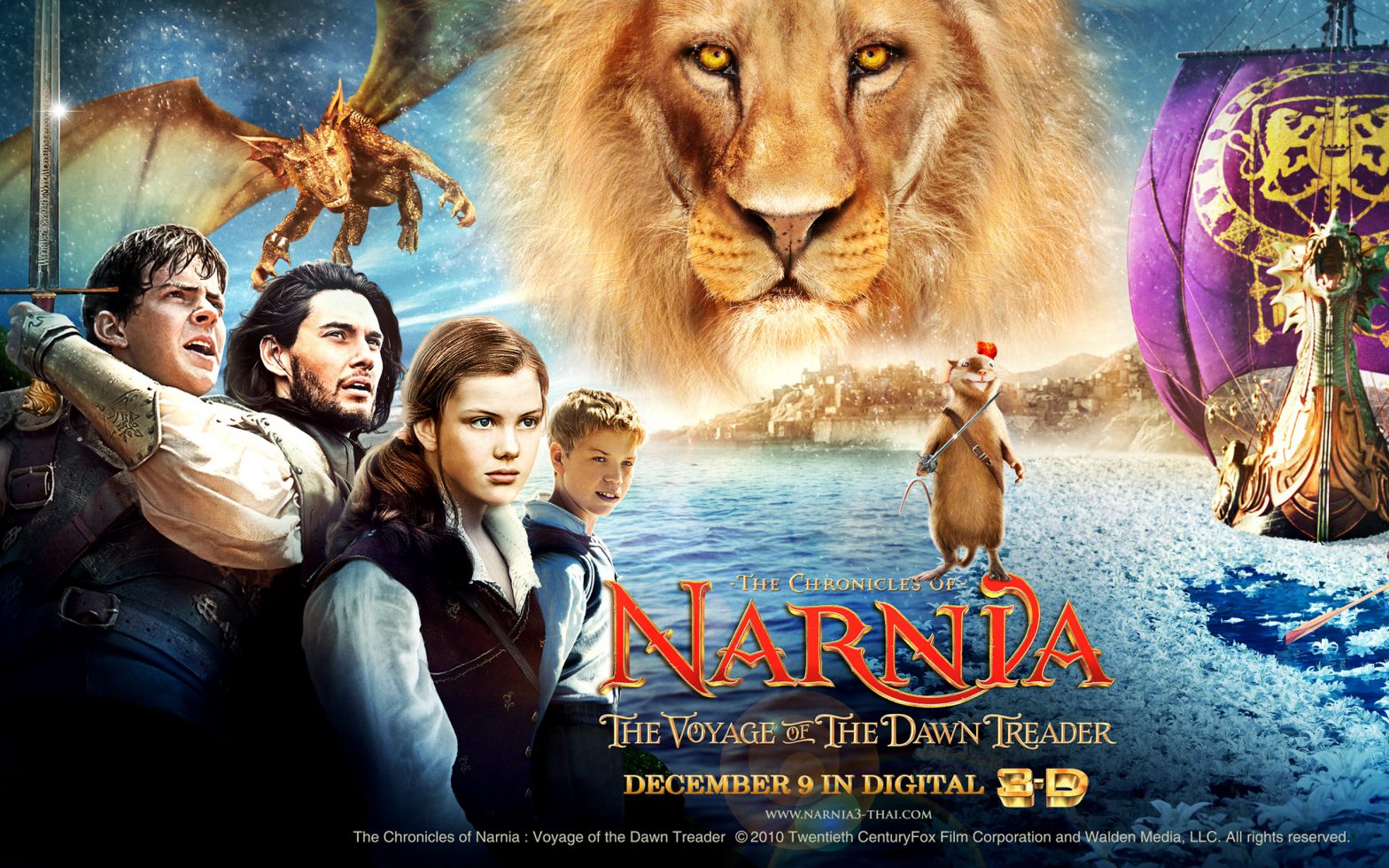 King Edmund and Queen Lucy have returned in the third installment of The Chronicles of Narnia. In this one they also bring along Eustace, their cousin, to the land of magical lands and talking beasts. In this one, King Caspian’s crew is searching for 7 lords, each who have disappeared. Caspian wants to find out where they have gone, only to learn that their disappearance has a much bigger plot then they could have ever anticipated.

Edmund and Lucy battle courageously to help Caspian. None of the crew gives up even at the hardest moments. Throughout the movie, the main characters are tested to see if they can withstand evil. Either they do or they don’t, but in the end, they still learn their lesson. Edmund shows a action of self sacrifice. Eustace learns that his cousins aren’t as bad as he thought.

There are wizards in this movie. At one point a character is using spells to make things happen, nothing bad though, just snow and looking pretty. This same character always wishes that she is as pretty as someone else. Edmund and Eustace are almost always fighting till the end of the movie.

When it comes to language, there is use of God’s name once and a few other little words, mainly for calling names. There is also a joke about a minotaur’s backside. One last thing is that there is a frightening sea monster at the end that may be scary for some.

So are you looking for a movie for the entire family that is medieval and has a lot of action? Then this, my friend, is the movie for you. Based on the book by C.S. Lewis comes The Chronicles of Narnia: The Voyage of the Dawn Treader. What are Lucy, Edmund, and Eustace doing in Narnia? What happened to the 7 lords? Will Edmund and Eustace get along? Who or what is behind all this? To find out, click on the links below: