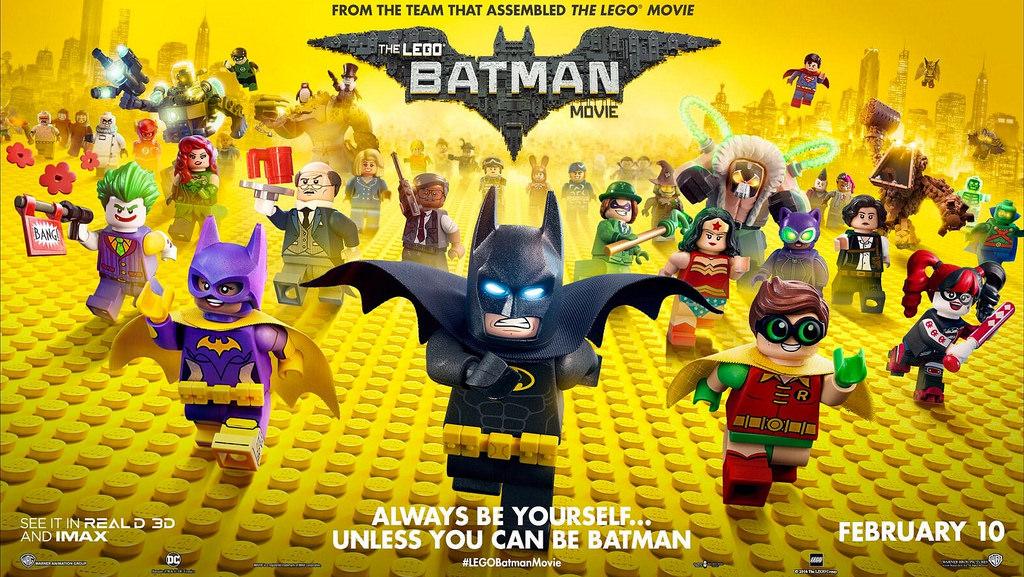 Many people know who Batman is. He’s the Dark Knight and the Cape Crusader who doesn’t rest when it comes to stopping crime, in this case, the Joker. In this movie, Batman is fine with just being a solo fighter. That is, until he accidently adopts a kid and there is a new commissioner that wants everyone to work together. Can Batman work as a team to stop Joker’s latest plan?

In this movie, Batman saves the town a lot of times. Batman’s assistant, Alfred wants to make sure that Batman is always the best he can be, like a kid to a parent. When the heroes work as a team, they accomplish many things. This shows the good message that “Working together is better than working alone.” When Batman adopts a kid, he takes him under his wing and trains him.

When Batman sees what his actions he has been doing, he goes back to those he did wrong to and said he was sorry. After that, he and his friends take down the bad guys and save the day. When they fight the bad guys fight, there is no blood, the most you see is minifigures falling into there pieces.

Batman is very proud. He likes to fight bad guys and get all the glory. When training Robin, he is about to say something nice, but turns in into pride for himself. He eventually learns this is wrong however. He also tries to hind his most deepest fear by lying to Alfred, which we know is wrong.

This movie has a little language, including the password to the Bat Cave and some other ones. Robin is called by his first name in this movie, though it really is something else, they call him a word that some families may not want their kids hearing(This word is D–k). Robin  says o my gosh a lot of times. Also Robin rips off his pants for his suit.

Some of Batman’s enemies use witchcraft to make a storm appear. This villain also freezes Batman in the movie. Batman likes Barbara Gordon, and twice in in the movie when Batman looks at Barbara, a love song begins. At a party, people at drinking a drink, although it is never told what it is.

“It takes a team,” as Batman learns, is a good message to learn. So if your family loves Legos and Batman, then this movie is for you. You can see your favorite hero, without all the scary parts that are in the adult movies. You can watch some hilarious scenes, accompanied by some action scenes that show Batman and Robin beating up bad guys. If you would like to buy this movie, click on the following link:

Thanks to youtube.com for the trailer