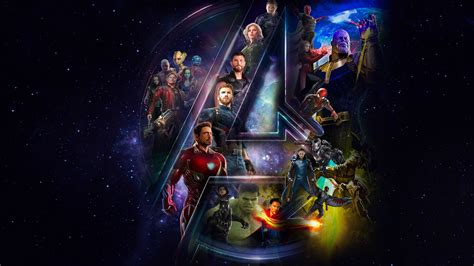 About 10 years ago I watched by first marvel movie, and I have seen nothing like this before. In this part of the Marvel movies, Thanos has shown up on the scene. Thanos was part of what happened in the invasion on New York. He is after one thing, the Infinity stones. These all-powerful stones will help him be able to “fix” the earth. After getting the power stone, he learns some disappointing news. Two of the stones he wants are in the custody of the Avengers and their allies.

The Avengers don’t give up. When Thanos shows up, he wants to take the stones and complete his “destiny.” After Captain America: Civil War, they broke up, but they come back together when earth needs them most. They look out for each other’s backs. When Thanos almost kills a hero, another hero gives up his stone for the life of him. The Wakanda army also shows courage and bravery when they fight. Two other people give up their lives trying to stop Thanos.

Okay, there are a lot of problems with this movie, but stick with me. First of all, lets start with the infinity stones. In the movie, the infinity stone’s origin is revealed. They say they came from the big bang. The stones themselves are problems, the mind and soul in particular. The mind stone, currently in Vision, has the ability to control others minds. The soul stone, as you can tell by its name, has to do with souls. In order to get the soul stone, Thanos has to sacrifice someone he loves. This stone makes heroes look like they are dead. He does this to one of the heroes.

Thanos isn’t an Ultron or a Joker. Thanos believes that the world is overpopulated. He wants to be able to fix it. He knows if he gets all the infinity stones, he “can do it with the snap of his fingers.” The Avengers don’t want that to happen, because these are human beings we are talking about. Also one hero gets needle-like projections shown going in his head, these make his face turn gray.

Star Lord is shown getting jealous in this movie. When Gamora tries to wake a hero, Star Lord begins to try to act like he is the head cheese. Star Lord also (using slang) calls Thanos chin a private part of a male. Drax calls Thor “an angel and a pirate.” A few heroes turn into blocks, strings, or leaves. One person looks into the future and another looks into two people’s minds.

When it comes to language, you have to be careful. There is a lot of language in this movie. Words such as h–l, a–, and d–n — are used. In one part someone makes a bad joke about Jesus, this is wrong. There are about 9 uses of the Lord’s name in vain. One time, Groot says “I am Groot,” and the others say that he just said some language. There are also two bathroom humors in the movie.

Are you ready to see how the Avengers are going to stop Thanos from destroying the world? Honestly, when I watched the movie, I was surprised what happened, but I don’t want to spoil it for you… I’ll tell you this, I can’t wait to see the next part. Will the Avengers protect the infinity stones? Will Thanos destroy half the population? Find out in Avengers: Infinity War.
DVD: