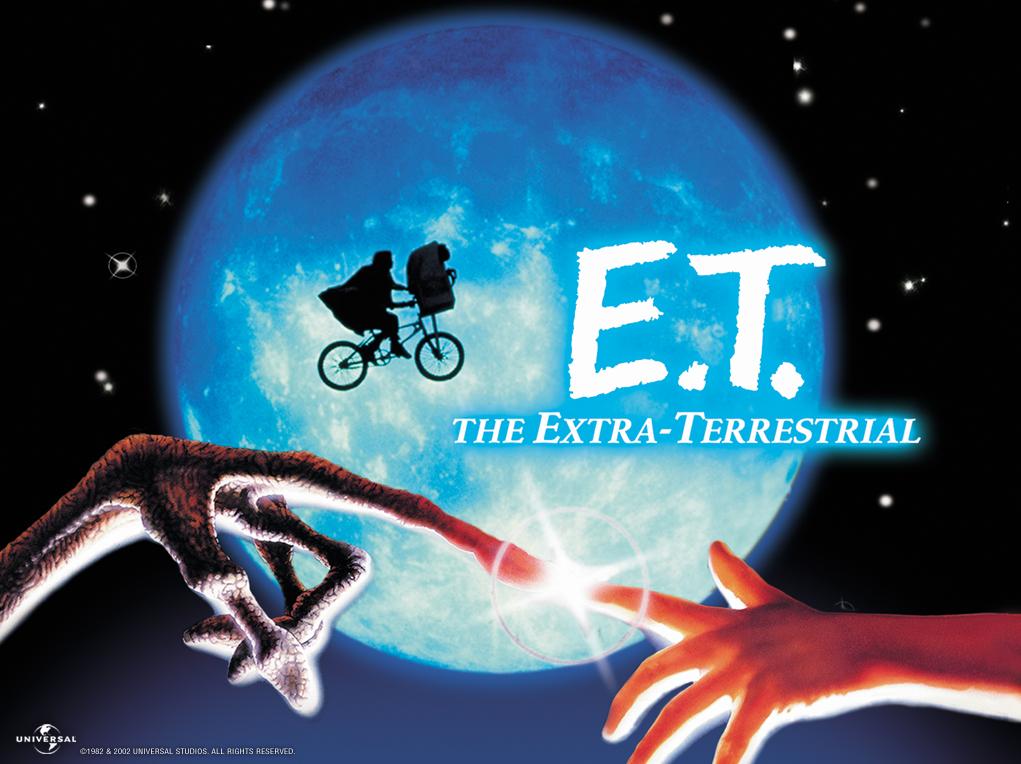 E.T. The Extra Terrestrial has been around for a long time, I know, I know, it may not be a thing for some younger folks that want to see some more action, but it is a little better than you think. E.T. is an alien that was accidently left on Earth by his friends. He wanders around and tries to survive. Along the way he meets Elliot, a little boy with an older brother and a younger sister. When he meets Elliot, everyone at first doesn’t believe him, but eventually, it is a non-stop job to keep anyone from knowing that he exists, especially their mom.

This movie shows that E.T. is a friend to Elliot. E.T. is nice to Elliot and isn’t like today’s aliens that just want to eat people or take over the world. No, E.T. is a different kind of alien. E.T. is a little funny at times, but he knows that he has to get home. He wants to be able to get home because he knows he doesn’t belong on earth. Someone also sacrifices his life, but I can’t get into that without spoilers. Elliot and E.T. have a strange connection that has some sometimes hilarious, and sometimes inappropriate problems, which is what we will discuss next.

There are some problems, sadly, being a PG movie. First of all, E.T. has a connection with Elliot. In one scene E.T. does some silly stuff that Elliot feels. This is okay, if E.T. didn’t get in the fridge and start drinking beer, which makes both drunk, Elliot being at school. A lot of people don’t believe Elliot, but he shows them he is telling the truth. Also, Elliot and his siblings are hiding secrets from their mom. Elliot and his siblings also go “trick or treating.” One person is dressed as a hunchback, another as a ghost, and one with a (fake) knife through his head. A few kids seem to look as if they are gambling.

This may not seem bad to some, but I am going to tell you anyway. E.T. has some interesting powers. He is able to heal people and make objects float, kind of like the Force in Star Wars. E.T. also can make things fly. He is a very smart alien.

In this movie, there is some language. A lot of it is in one table scene near the beginning, so be careful. There is some name callings, one that is really bad that gets into a male’s parts. There also is a crude joke about the planet Uranus, that turns into a name call “Ur anus.” There are a few uses of God’s name in vain, and  there is a few other words as well, but being a family movie, there are only about 10.

E.T. is one funny alien that will have your family laughing away. You can watch the ridiculous way at how Elliot tries to keep E.T. from being discovered. Can Elliot protect E.T.? Will E.T. get home? Will anyone find him, what will they do to him? Find out in the many award-winning movie, E.T. The Extra Terrestrial. Buy it now to watch later!