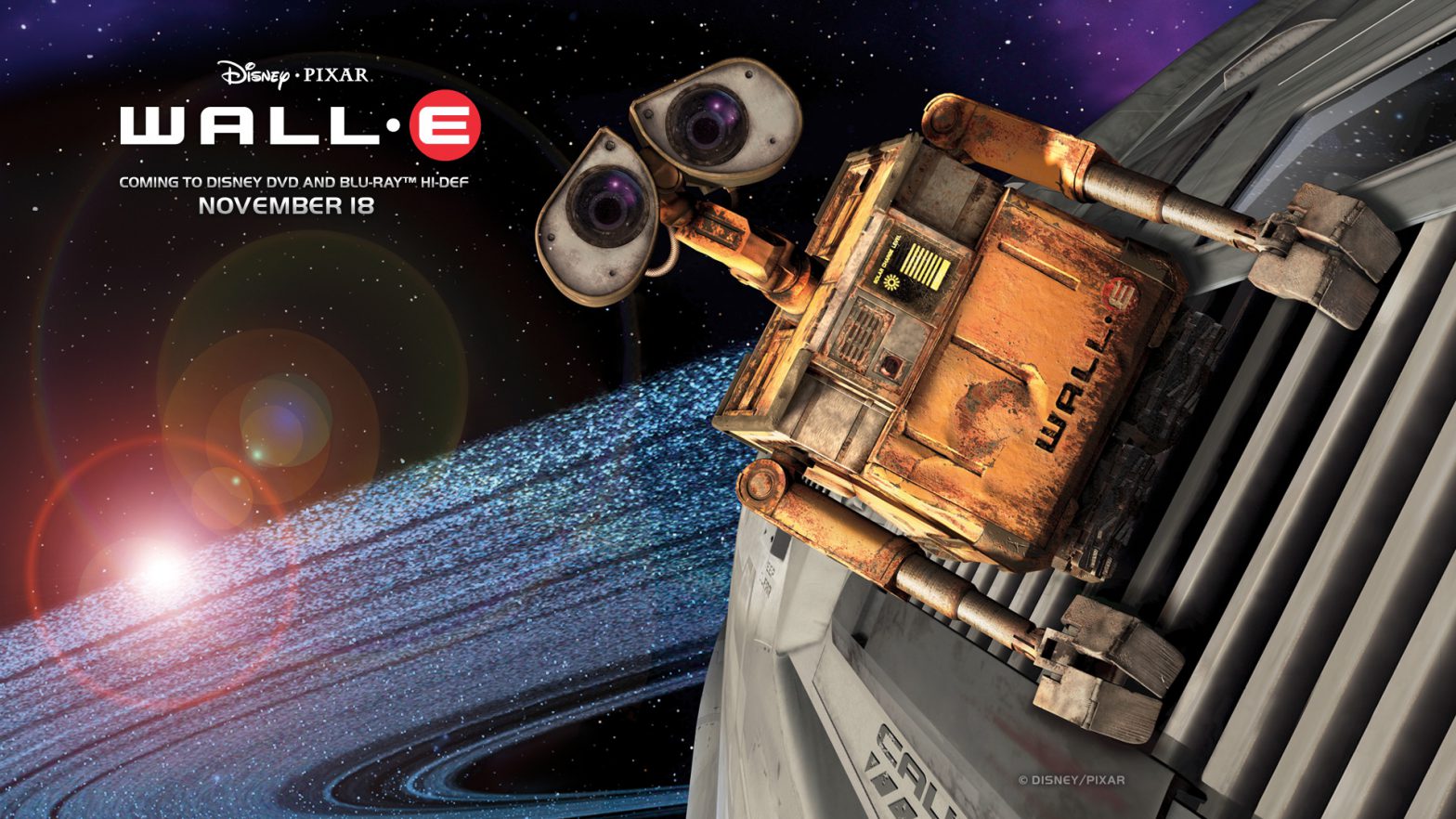 WALL-E is a space movie for kids. WALL-E  is your  everyday robot that is left to clean up a whole lot of garbage. He lives a happy life with his cockroach, until a spaceship lands on earth with another robot named EVE. Curious, WALL-E goes to check it out. After a lot of events, WALL-E  is in a space ship that is full with all the people of earth. Problem is that he has something that a different robot wants gone, and both the robots are wanted because they are said to be rogue robots. Can WALL-E and EVE fulfill their mission?

WALL-E  is a nice little robot. He tries to befriend people and is shown helping other robots and humans. When someone is hurt, EVE  quickly tries to help. Someone else also tries to help others by attacking  rogue robot. One robot also shows self-sacrifice. Since this is a G movie, the characters themselves don’t act mean.

I would almost add the genre “romance.” WALL-E  is always watching or listening to a love song. He tries to hold EVE’s hand on multiple occasions. WALL-E  is always watching EVE  when she first shows up and even engraves WALL-E  loves EVE  in a pole. They also kiss twice(by zapping there heads together.) Two humans also are showing love. When a bunch of babies are falling, one calls out, “get ready to have some kids!”

There is not a lot of language in this movie, in fact, for the first half an hour, there is basically no talking, other than WALL-E and EVE telling their names. There is one use of d–n and h–k. In the beginning, WALL-E finds a lot of cigarette lighters in the garbage. He also finds a bra which he puts on his optic lenses.

So are you ready to see WALL-E? WALL-E  is a great movie for the entire family. I hope that you will consider making it your movie for movie night. Watch WALL-E as he goes around chasing EVE and trying to get a plant to the captain. You can buy the movie below by clicking either of the two links.