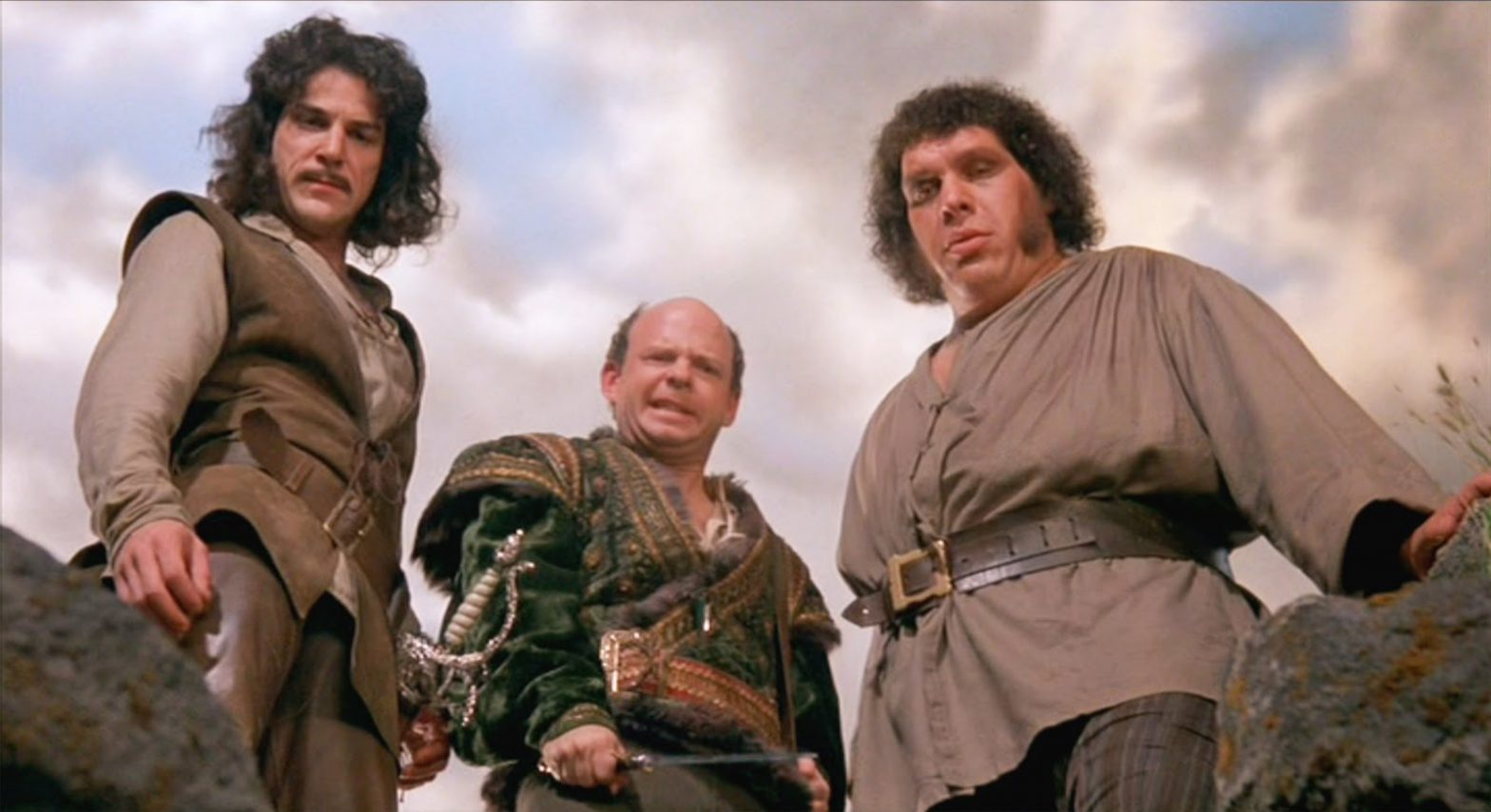 We’ve all been there– feeling lousy, stuck in bed and wishing the time away. For a young boy who likes to play video games, the arrival of his grandfather with a big looking book seems to be something that he will have to endure rather than enjoy, but is just the gateway into a rollicking movie full of twists and turns that you’ll want to see again and again– if you don’t end up quoting the many one-liners as part of your daily life.

There are actually two plots going on–

The story is set in what looks like medieval times. Though there is some gunpowder (cannons), most of the fighting is hand to hand and swordplay. The main story is about two character that we meet at the beginning, “Farm Boy” whose name we learn is Westley and Buttercup. Through the introduction we learn that though he was once a servant of hers. They discover that they are in true love with each other and are bound to be eternally happy. But you know it couldn’t end there. It all goes awry when Westley leaves to make money for their upcoming wedding.

Westley dies, murdered by pirates, and Buttercup’s life is on the line as she’s kidnapped by nefarious men. From here, a mysterious “man-in-black” shows up who is later discovered to be Westley in disguise, fights and bests each of the nefarious men, survives a trip through the fire swamp, only to die having the life sucked out of him.

You’ll have to see how it all plays out for yourself, but I’ve personally seen this movie more than 20 times!

There is one remark from the child that is hearing the story that contains profanity and another comment in the final sword about someone’s parentage.