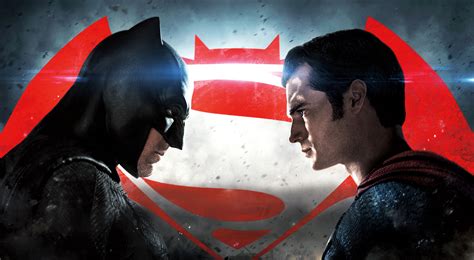 “the biggest battle of history….day versus night”

Ok, this movie is a action packed, very exciting movie. In it we are trying to find the answer to some questions. Is Superman a good guy? And how long will he be. There are two sides to this argument, and it is up to the government to decide which is right.

Batman is a crime-fighting vigilante that protects Gotham City. His alter-ego is Bruce Wayne. He believes that these so called “gods” shouldn’t be allowed on our planet. Batman thinks that they could change sides anytime they want, and destroy the entire universe. He believes the only way to get rid of Superman is to kill him. Most of the people are on his side.

Superman is the main course of the problems. His secret identity is Clark Kent. Superman just wants to help people. He doesn’t understand why everyone wants to fight him. He believes he just needs to gain the trust of the people. Only Lois Lane and his earthly parents are on his side.

Then there is Wonder Woman. She shows up on the scene for some of the parts, though it is unsure which side she is on.

And then there is Lex Luthor, the scientist who literally just found a valuable substance, kryptonite.  What does he plan to do with it? And whose side is he on?

This movie has heroes and villains. The heroes battle the villains, trying to protect the citizens. Early in the movie Bruce is running into a crashing building and saves a child from being crushed. Lois Lane is always encouraging to Superman. Superman even goes as far to show mercy to Batman. Superman understands that people may not like him, but he does his job anyway. Wonder Woman also comes to help save the day when needed. Superman even dies by being stabbed, trying to stop Doomsday, a horrific monster.

This movie has a lot of problems. To start, Lois Lane and Superman have some what of a relationship. They kiss at least once in the movie. We also see a inappropriate scene in which Lois Lane is in the bathtub and Clark is there.

There is a lot of violence in this movie, people are scene getting shot while others are seen get cut or punched. Two people get killed by a gun, though we only see the gun go off and them fall. Batman brands one person in the movie with his signal.

Superman is thought to be a god. People bow down to him in the movie, which can bring up some serious problems. One person sprays paint onto a statue of him saying “FAKE gOD.”

Wonder Woman wears one dress that shows some inappropriate things. Also she wears her super suit that also shows a lot of skin. Wonder Woman is also called a goddess, one of the Amazons. See the Wonder Woman review for more info on her. Also, Lex Luthor’s profile says something about human trafficking.

We also see Zod’s naked body, though we don’t see anything. The monster, Doomsday has had a very horrifying look.

As far as language, there is a lot. We hear at least 4 uses of the Lord’s name. A use of son of a b-t-h, as well as a use of sh-t. There is also some more smaller words throughout the movie.

I think that this movie is a great movie for those people who love the thrill and action of how the good guys will beat the bad guys. There are so many questions that need to be answered, like, who will win, Batman or Superman? What is Lex Luthor up to? Is Superman a good guy or a bad guy? Below, the links to buy them are listed. I hope you find this action-adventure movie as exciting as I did.

Sorry about how many spoilers there are, there is a lot in this movie, and I want to be sure you know all the good things the heroes do. If you want them to be a surprise, don’t click them

2 thoughts on “Batman vs. Superman: Dawn of Justice”