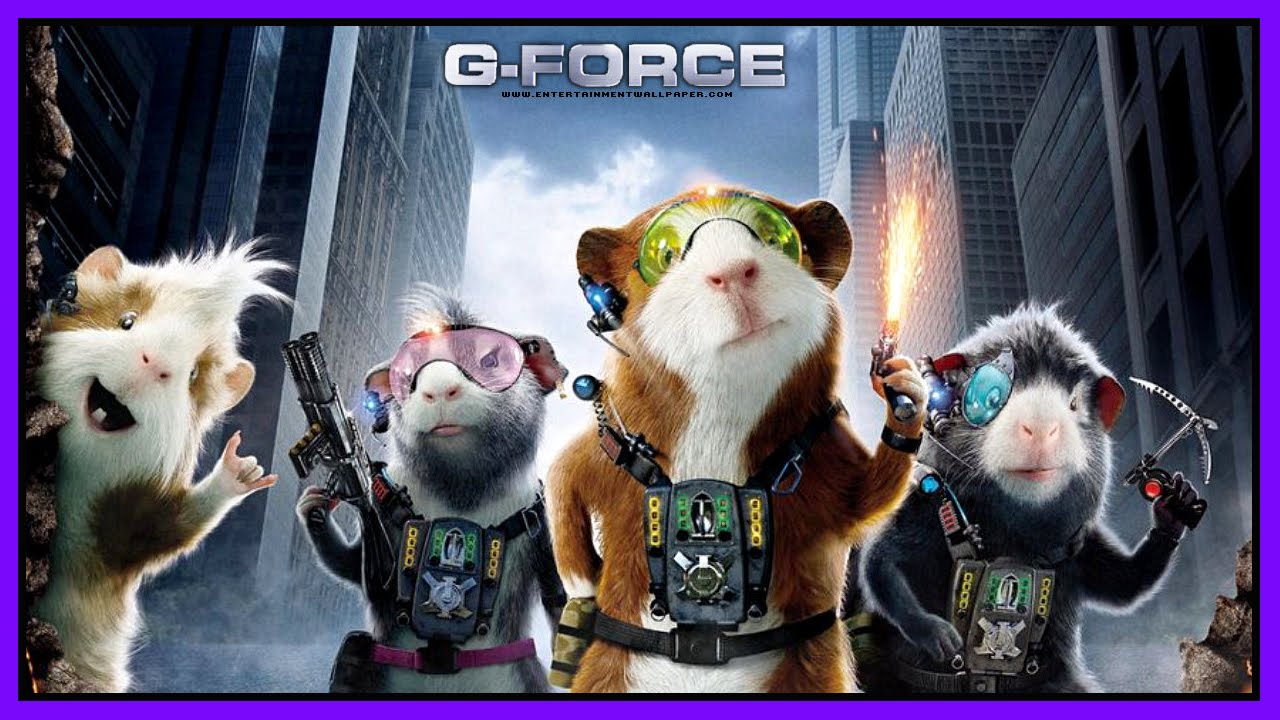 The G-force is an enhanced group of animals that are specifically trained to be secret agents. There job, to get into the most secure places and find out things for the FBI. Among them are:

Darwin- the leader of the G-force. This guinea pig is very brave and has a quick mind. He never gives up, no matter what.

Blaster-member of the G-force. Blaster is a guinea pig that loves adventure. He is especially good at undercover missions.

Juarez-member of the G-force. She is very fond of how she looks and loves to keep Blaster and Darwin guessing who she is interested.

Speckles-their mole. Speckles is their computer specialist that hacks into systems for them.

Mooch-their “eyes” in the sky.” Mooch is a fly who helps spy on the villains.

Can this team stop project ClusterStorm before it is to late?

The G-force wants to help it’s country from being taken over. They are seen backing each other up. When one member is mean to the others, they forgive him. The good guys win in the end. Also, the lesson “do to others as you would have them do to you.” Also, when Ben learns that he did wrong to the G-force,  he apologized.

G-force is very family friendly. I would allow kids 8 and above to see this movie. It has some hilarious moments and a lot of exciting action.

There are a few things to consider about this movie. First of all, there is some butt shaking in this movie. One guinea pig think that he is related to another because they have the same birthmark on their butt. There is some tooting. Also, we hear that someone is wearing tighty whities.

One person says that guinea pig’s DNA is close to that of humans, this brings up the question of evolution.  One person drives very recklessly trying to get the G-force . Mole also says that his dad told him that if he could bring humans to their knees, do it. This is like the lesson to repay evil for evil, which is not okay.

As for language there is 1 sh-ot, 1 h-ll, 1 or 2 h-ck, 1 Lord’s name and 1 gosh. One character says to some mice “You guys are all idiots right?” They reply yes. This is not a lot of language, but it is something to consider when letting little eyes watch this movie.

With a few guinea pigs on the job, what could go wrong? A lot. They can get seperated, get put in the trash. And be almost cooked by a evil microwave. But these little fellas don’t give give up when all hope is lost. This is a great movie with lots of action. I hope you consider watching it, I put links links to buy it below.