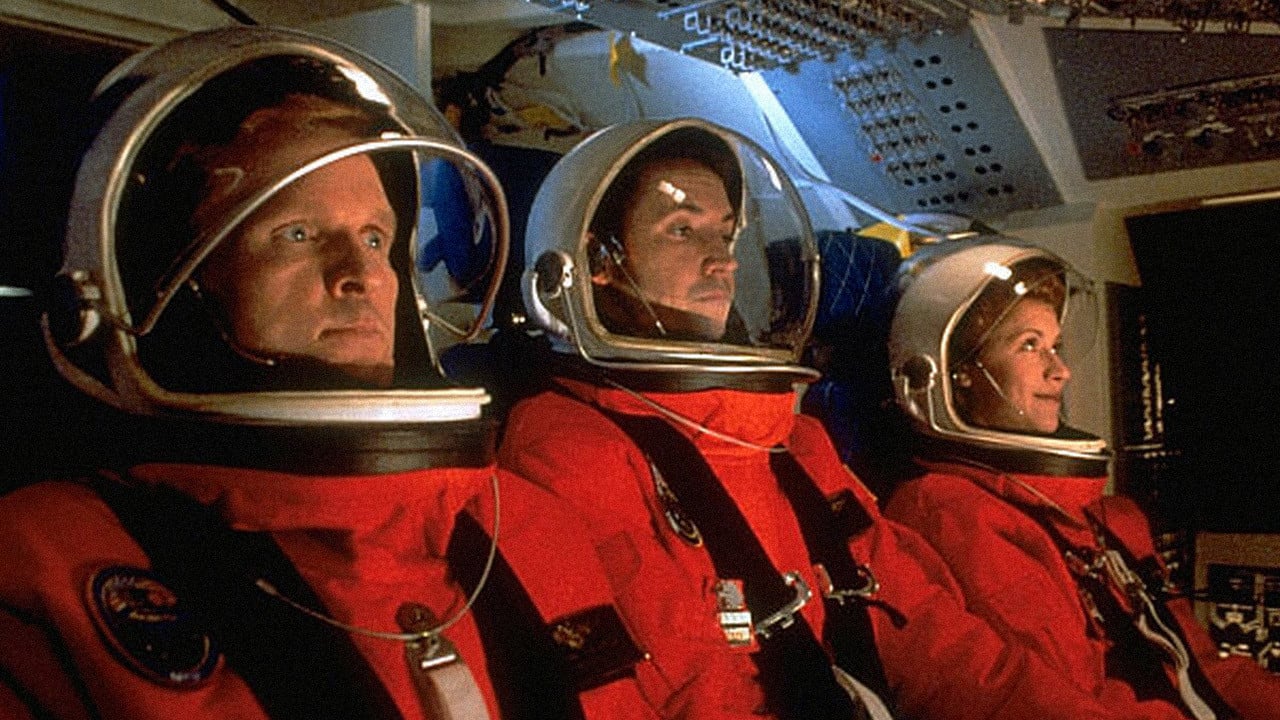 “this kid is our last chance…”

Rocketman is based on a young man named Fred Randall. Fred is a computer programmer that works at NASA. When one of the members of the crew that are going to go to Mars is injured, Fred is put to the task of taking his place. Almost immediately Fred is put through training in which he takes hilariously.  Can Fred complete the task and be able to make it to Mars and back alive?

This movie is basically comedy. We hear many funny jokes and see some very funny scenes. The amazing thing is that all but one of these scenes are appropriate for the entire family. This makes it one of the most family friendly movies I have reviewed!
Fred may be funny, but he has a good heart. He sacrifices his life once and when he is needed most, he is brave and he saves the crew.

In one scene, Fred is scene tooting in his astronaut suit, he is hooked up to Bill which makes bill have to smell his gas. This may be funny, but I thought I would just point it out.

Bill gets angry a bunch in this movie. Near the end though he stops.  We also see Bill bring Fred to a bar, in which he drinks a lot of a illegal drink, and then he is loopy. He starts to dance with Julie, who puts a stop to it before anything happens that is major. Fred later realizes he was wrong.

There also is 2-3 uses of the Lord’s name in this movie. That is pretty much all the language though.

This movie is definitely a very funny movie. I have watched it at least twice, and it still makes me laugh. It is fit for your entire family. So kick back on your couch and pop the popcorn and watch Fred Randall as he goes to Mars. I hope you enjoy it as much as I did. To buy the movie, click on either of the links below.

One thought on “Rocketman”