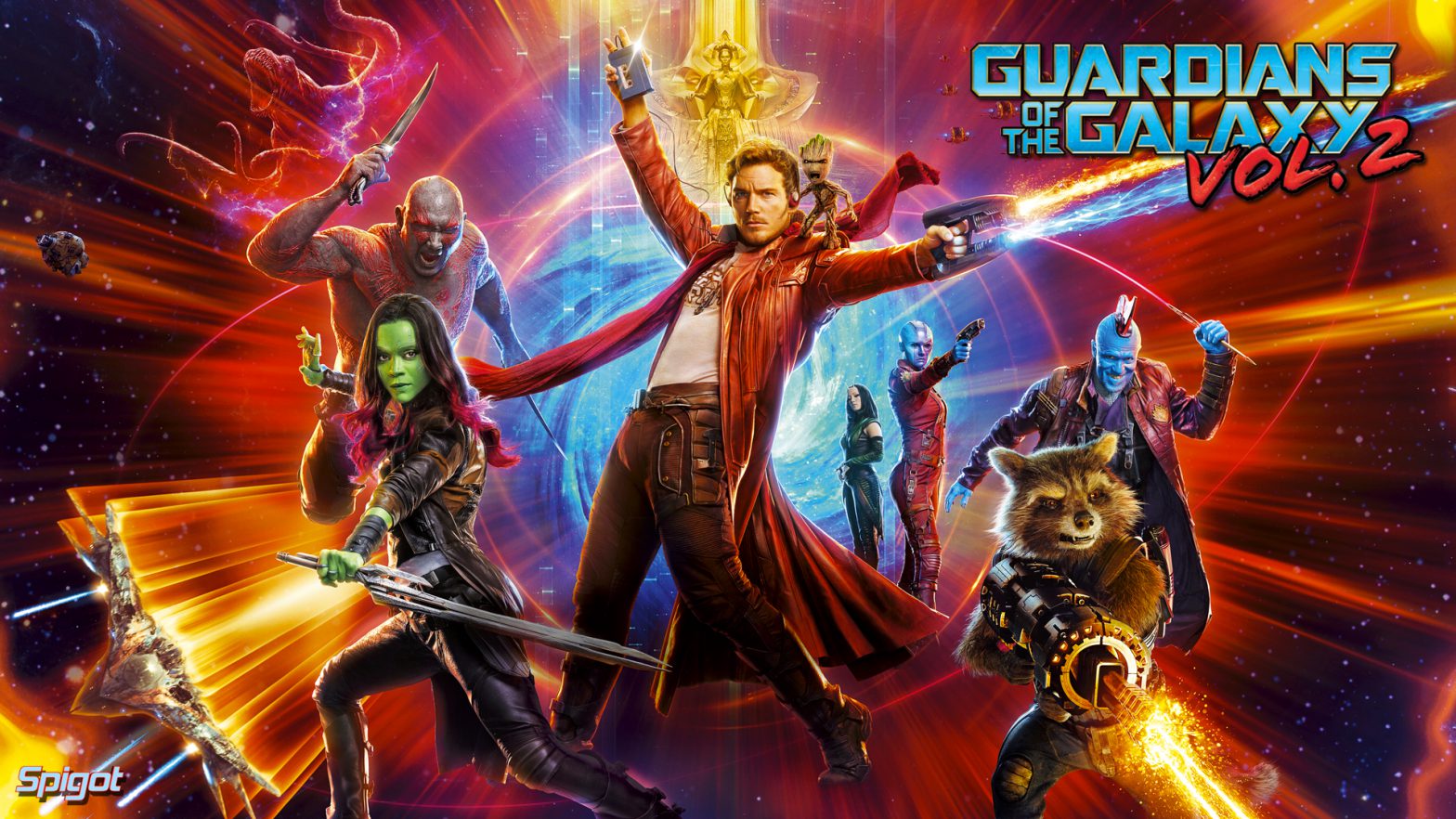 “Are we saving the galaxy again?”

Then later on when the team crash lands on a planet, they meet a man named Ego. Ego immediately helps them, and then he tells Peter Quill (AKA Star-Lord) that he is his dad. Can Ego be trusted and is he really Peter’s dad? Our heroes are going to have to find that out!

We also meet a few new characters in this movie. We meet Yondu, the leader of the Ravagers and Mantis, the master of feeling other’s emotions. But lets look at the Ripe and Rotten Apples of this movie.

Okay, the Guardians of the Galaxy basically save the galaxy from villains, good right? Well let’s just say that that is true most of the time. Gamora, even when attacked and treated badly by her sister, Nebula, shows love to her and refuses to severely hurt her. We do see the two wrestle, but they learn to love and look out for each other.

When Quill is fighting his dad, his dad says if I die, you won’t be immortal any more. Quill heroically says, “What is wrong with that?”

Also, one character sacrifices his life to save another. This character understands that he must help his friend out of danger.

There is a lot wrong with this movie. For starters, there is an awful amount of shooting and killing. Most of these are done by Yondu, who shoots arrows through people. We also hear Rocket say, “I want to kill some people,” though he isn’t killing anyone. We also see the Ravagers killing people just for the sake of entertainment.  When Gamora cuts through a monster, yellowish blood comes out, completely around Drax.

Nebula lies as well as some other characters. Rocket is seen stealing. Drax is mean to Mantis, even though he likes her. Mantis gets in people’s heads to help them sleep or to reveal their feelings.

Quill is said to have a sexual feeling. He also says that he prefers to make babies the normal way. Quill also is seen shirtless for a moment until he puts his shirt on. We also hear a conversation between Drax and Ego about whether or not he has a pen-s. In the end, he says he does.

This leads us to Ego. Ego says he is a lowercase “g” god, when he is being humble. He has the power to create his own planet and to form humans. His in-depth description of this sounds a little bit like Christian’s God. He says how he created humans. Near the end, we see Ego being reformed, first as a skeleton and then getting muscles and skin very slowly.

This movie has a LOT of language. I was surprised when I first saw how much language was in it. There are 2 p-ss off, five of the Lord’s name, 3 or 4 D-m- it, 2 or 3 d-n- it. Also, we hear about five sh-t, 2 or 3 h-ll, and 2 a -h-les. These are just a few! We hear Groot say “I am Groot” and Rocket translates to Yondu “He said welcome to the fr-ck-n Guardians of the Galaxy, except he didn’t use the word fr—k-n.” Then we later see Rocket tell Groot, “We need to work on your language.” This indicates that he said a different word. So, if you are the kind of person who doesn’t like language, I wouldn’t suggest picking this one up.

Did I enjoy this movie? Yes, I did. It has all kinds of action and adventure. There was plenty of heroic deeds and the need for family. Drax says courageously to Mantis, “No, we aren’t friends, we’re family.” That mentioned, I wish that there wasn’t as much sexual content and language. For that reason, I have to give it a low rating. If you still watch this movie, I hope you remember this is just a movie. There is only one God, our Lord Jesus Christ. If you understand that and the other things in this movie that are wrong, go ahead and watch it, but I suggest teenagers and up. Your younger kid in my opinion shouldn’t see it. But that is my opinion, the decision is up to you.