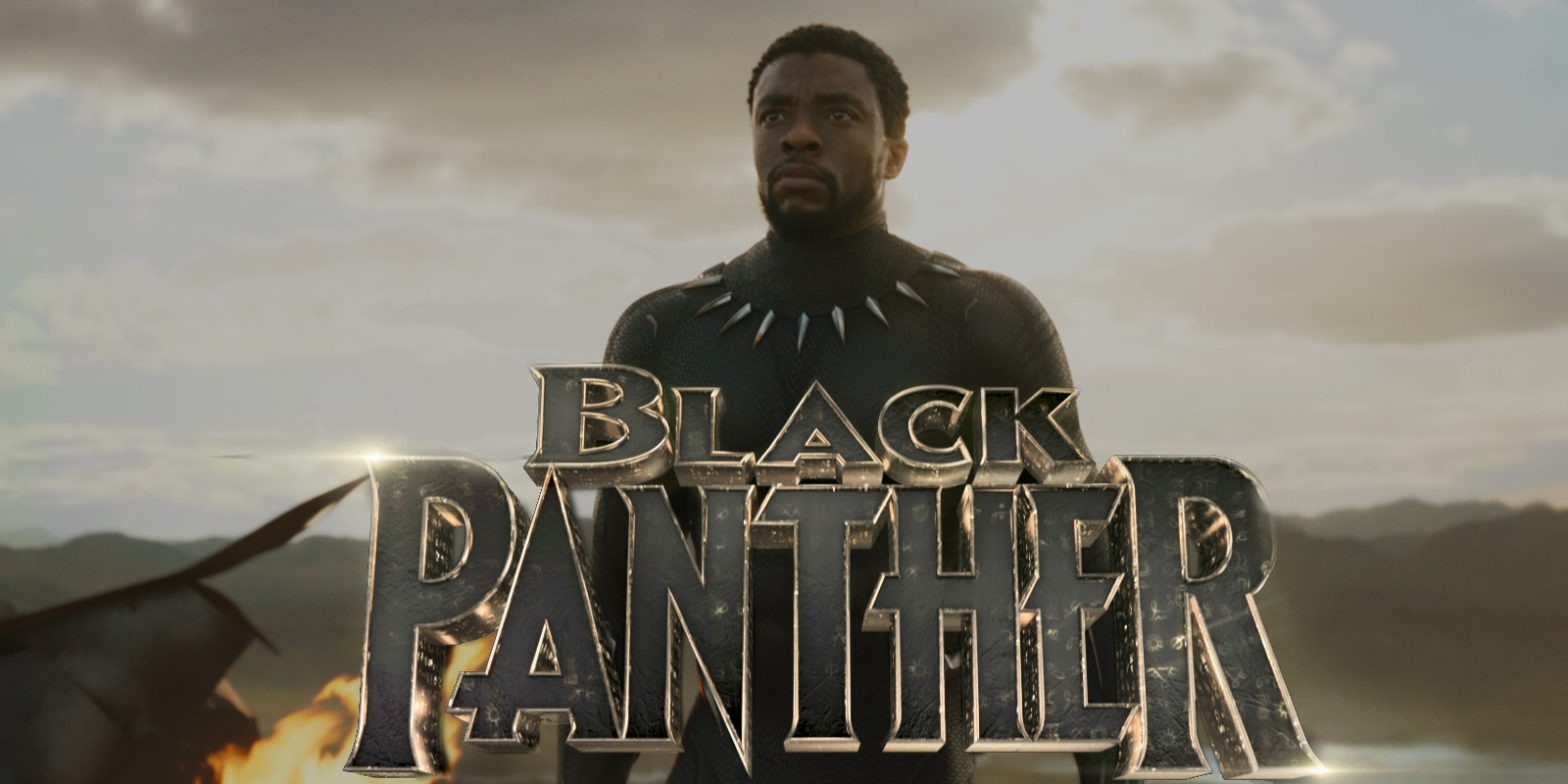 <![CDATA[Black Panther takes place chronologically after the events of Captain America: Civil War. As this is an in depth review, expect spoilers ahead.

This movie starts out in the past, as a narrated story explaining how Wakanda got its power and why it has kept itself out of the outside world. Wakanda realized that in order to keep the source of its power and supremacy out of the hands of the world, it needed to disappear. Any interaction with the outside world was done as spies that blended in with African people that could be identified with writing on the inside of their lower lips.

We move from the history lesson to just a few years ago, as the former Black Panther tracks down a Wakandan that was supposed to be spying for them but has taken to making money illegally in the United States. The man, who is in line to the throne to Wakanda, lies about his business activities, but doesn’t know that the man that he has been working with is a Wakandan spy, and when exposed is killed by the Black Panther; however, they leave the man’s son alive and alone in the United States, which sets up the rest of the movie.
What we find is that this is the setup for the villain’s arc, which is the vehicle that drives this movie as it is more about what was and was not done with this child than any virtue on the part of the protagonist, the current Black Panther. More on that later.

We quickly move to the present time, where the current Black Panther goes through a ritual to prove that he really should have the power that was given to him on his father’s passing. The different tribes that have bound together into Wakanda are given the opportunity to bring forth a challenger to the throne that has to fight T’Challa without the Black Panther’s power. One rival decides to fight him, and the power is removed. T’Challa bests the opponent, takes the juice from the flower that gives the Black Panther power, and goes through a ritual like death that allows him to talk with his father in some other realm.
At the same time, the child (now grown up) is helping some thieves break into a museum and steal an artifact of Wakandan origin. We’re lead to believe that he is after it because of the money, but what Erik really wants is to be able to find Wakanda, and the head thief knows where it is. 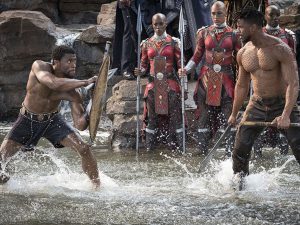 Eventually Erik kills the crew and makes his way into Wakanda, showing off his lower lip to gain entrance, and because of his father’s position, he claims the right to challenge T’Challa for the throne and the Black Panther juice. During the first match, he manages to throw T’Challa off the cliff, and claims that he is dead and takes over the throne. This sends T’Challa’s family fleeing from the palace and a series of changes for Wakanda. First, the new king decides that they should use Wakanda tech to take over the world, and orders that the technology begin to be deployed to friendly agents around the world. He orders the destruction of all the flowers that produce the Black Panther juice, so that no one else can ever be the Black Panther (except T’Challa’s sister saves one).
Erik is seen as vindictive– he hates the Wakandans for not being there for him, and so he seeks to totally alter their lives to become warriors against the outside world. He sees the injustice of the world towards Africans, and rather than attempting to right those wrongs, he wants to flip the tables and become the overlords of those that enslaved them.

Help from a Friend 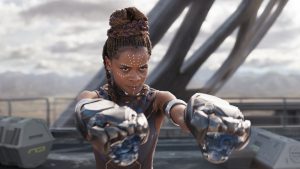 The only people that the family believes it can trust are the ones that challenged T’Challa in the second act. When they get there, they find that he has T’Challa’s body, and they proceed to revive it with the flower that was saved and burying the body in ice. T’Challa comes back to life and decides to attack Wakanda and take another shot at being king. This proves to be a little more difficult, as some of his former friends have joined the new king’s vision, and fight back.
This allows us to examine the loyalties of the different people involved in the conflict. We’re watching the captain of the all-female guard, as she wrestles her allegiance to whomever bears the crown with her affection for T’Challa’s family. She will not flee with the family, but once she realizes that T’Challa is still alive, she switches sides. That’s not the same with her husband, who buys into taking over the world and sends his well trained animals after T’Challa.


As both T’Challa and Erik are Black Panthers, the fight is very difficult, until T’Challa figures out somewhere that the benefits of the suits that they are wearing will be nullified. They fight inside the main building in this area until T’Challa hits Erik where his suit is not covering him, and then a heartfelt moment passes where, just before Erik dies, T’Challa admits that he doesn’t believe they should have left him alone, they should have brought him back to Wakanda.
This is the last part of the villian’s arc. He started out as an innocent, allowed his abandonment to fuel his rage against Wakanda and then against the world. He somehow figured out how to challenge the throne and the Wakandan’s capabilities, even though he was young when he lost his father, and then we see him at the end, looking at the Wakandan sunset, ending in almost a heroic death– because he convinced T’Challa that he was wrong about keeping Wakanda from the world. Up until now, everyone thought Wakanda was a backwater country that only did farming.

So, T’Challa becomes king again, but now seeks to share the Wakandan technology with the world, as well as how they live, so that everyone can live in peace. In a mid-credit scene at the U.N., T’Challa speaks to building bridges instead of walls. This last is a parting shot at U.S. President Donald Trump’s campaign promise to build a wall along the U.S.-Mexican border.
If you would like to buy this movie to watch it, click on one of the links below:
DVD: