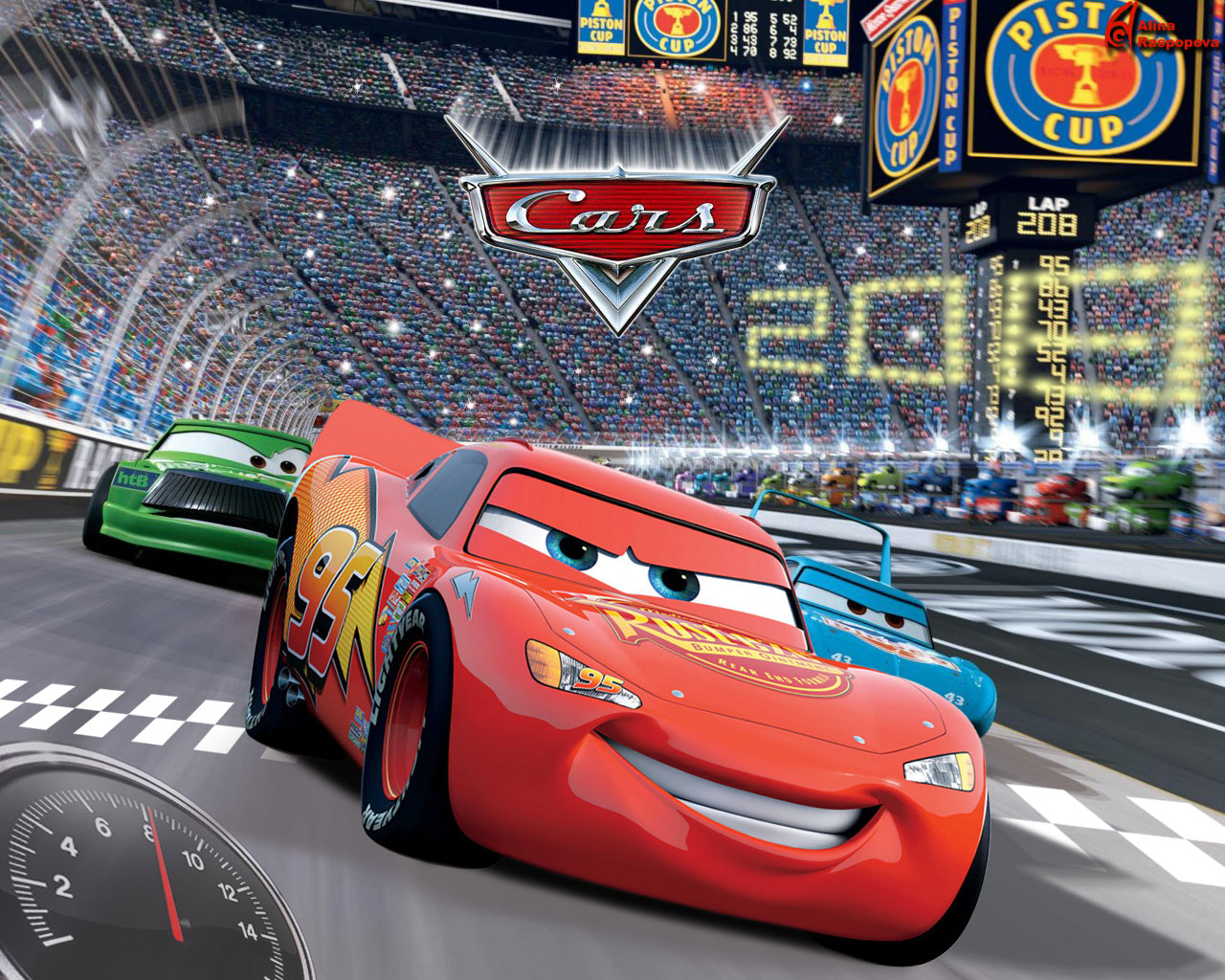 Lightning McQueen is in the big leagues now. Starting off as just a rookie, he made it all the way to the top. Now, he is competing for the world-famed Piston Cup. But on the way to win it, he accidently takes a detour through Radiator Springs, a town that has been forgotten. When he ends up there, he wants to leave there, but then he learns that it isn’t so bad. He learns that the people there have something he doesn’t have, friends. Can Lightning change his life and his attitude?

Lightning McQueen learns some valuable lessons. He learns that he needs friends and that he isn’t the only person in the world. He also learns to be humble, not proud. At the end of the race, when the King crashes, he helps him complete his last race.

Mater helps Lightning get around the town. He is by far the nicest to McQueen of all the town. He even goes as far to make Lightning his best friend. Sally also is nice to Lightning and even shows her trust in him.

Lightning McQueen starts off as a car that is in only for himself. He refuses to have a crew chief because he believes that he should be the only one to tell himself what to do. He is very mean to his crew. This makes Lightning McQueen have no friends what so ever. Lightning also is very ungrateful for his sponsors, so much that he hates them. To put it in one sentence, Lightning McQueen’s attitude stinks. The good thing is that that is all about to change.

There isn’t a lot wrong with this movie. We hear Sally say to Lightning, “You could sleep with me, but not with me with me, in one of my cones.”(She runs a motel with cone rooms.) Chick bumps other cars so they spin out in every race. He only cares about winning. He is three times worse than McQueen. Doc Hudson hates cars like McQueen, so he tries to get rid of him. Doc goes against the town to get rid of McQueen.

There is some language that you want to watch out for in this movie. There is a common h-ck, d-r-, g-sh, or “dadgum,” used in a few of the scenes. Mater is the one who uses the most language.

This movie is good for all ages in my mind. Especially those that like cars will enjoy this movie. It has some exciting racing and some valuable lessons. The only thing that disappointed me was the language. I can’t believe how much language they put in a kids movie. Other than that, I enjoyed this movie, and I think you would too. Click below to buy it if you would like.