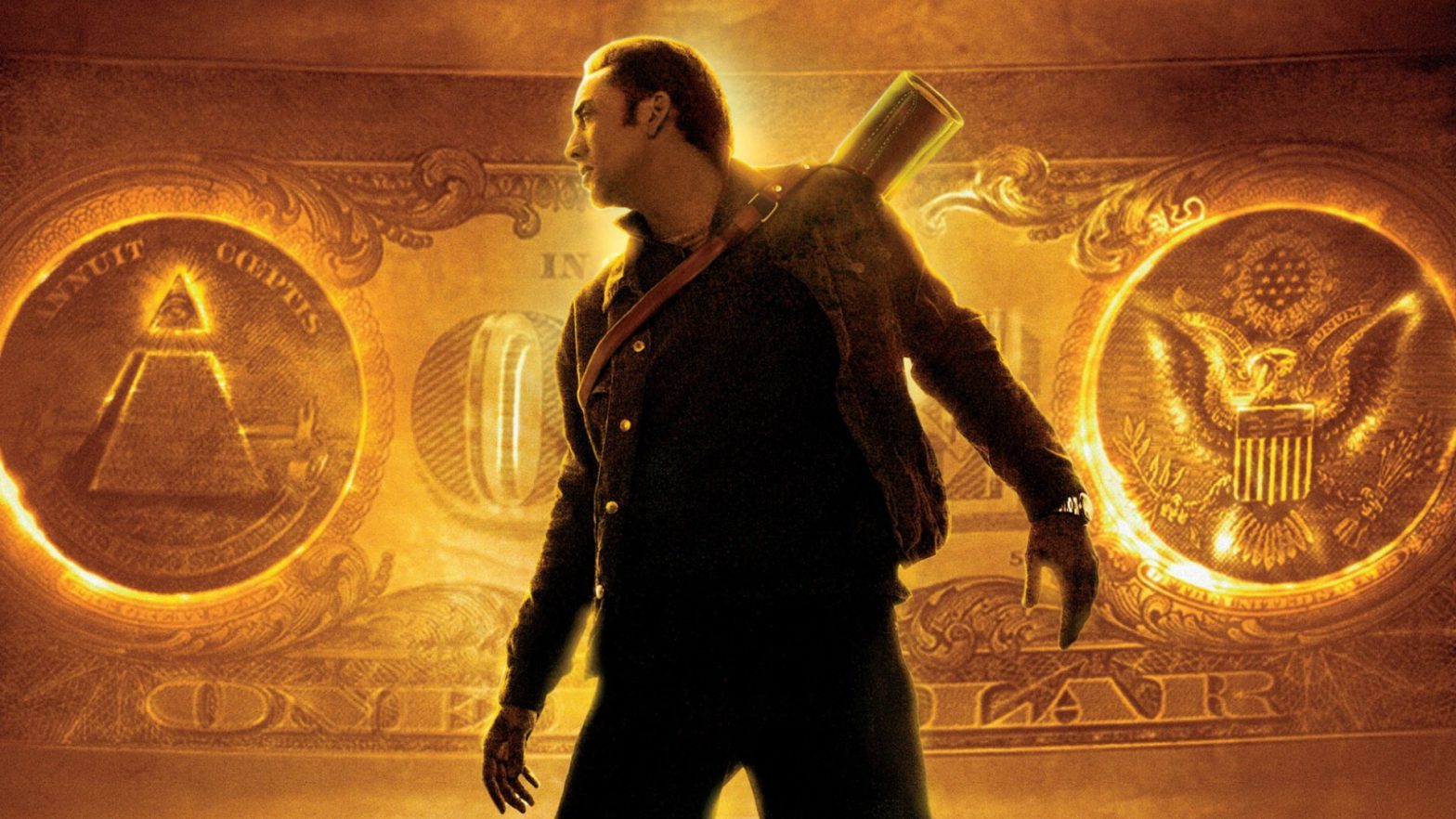 “I’m going to steal the Declaration of Independence…”

But why is he going to steal it is the real question. The answer is because on the back of the Declaration is the map to a treasure that has been searched for centuries. But Ben doesn’t want to steal the historic document, but when a friend of Ben betrays him and says he is going to steal the document, Ben thinks the only way to protect the historic document is by stealing it. Now this may seem weird but it makes sense along the way.

Join Benjamin and his friends as they try to find the National Treasure, while at the same time try to protect the Declaration of Independence. This movie is kinda like Indiana Jones, but it is based on the Revolutionary War

Benjamin thinks he is doing his country a favor because they will not listen to him, so he is stealing it to protect it. But you ask, how can he steal it? You’ll have to watch the movie to find out. He tries to be allowed to look at it by getting permission though. He and his friends are seen properly treating the Declaration. The villains do want to destroy it after they get the map.

Also, Ben doesn’t want to keep the treasure to himself, he wants to give it to the entire nation. His only desire  is to find it. Then he doesn’t care what they do. He does go outside the law though. He is seen disobeying his authorities twice.

Ben’s father wants Ben to do profitable things with his life and not waste it on a wild goose chase trying to find a treasure that doesn’t exist. Hence, Ben’s father does help try to find the treasure.

Ben is smart. He does some clever things that I would never have though of until last second. Also, we hear a lot of historical facts, making this both an exciting movie and an educational movie.

As always, there are a few things to be careful about. Though this movie doesn’t have much violence in it, we do see an intense car chase in which there is some rough driving as well as some people shooting. In the beginning of the movie we see Ben prick his thumb with a knife, causing it to bleed.

We do see many tombstones and skeletons. In one scene we see some frozen people’s corpses sitting there. Ben and others grab their hands and move them away.

Now, there are some things that the boys say about Abigail Chase. At first they think they are going to talk to a man about the Declaration, but instead, they talk to Abigail. Accidently as they are walking in the door, Ben’s friend calls Abigail a “hot man.” She is called hot on more than one occasion. Also, Ben’s dad thinks that Abigail is pregnant.

As for language, we hear, as you may suspect, about 7 times the Lord’s name in vain. We hear it spit out multiple times in two scenes. In the rest of the movie, we hear practically no language. We hear once or twice “d-rn.”

I overall enjoyed this movie. I like how historically accurate it is. It has a nice balance  of action. I highly recommend it for ages 10 and up to watch. If it didn’t have the little language, I would call it the perfect movie. So what are you waiting for? Does the treasure exist? ins Ben going to steal the Declaration? Find out the answers to these questions by clicking on either of the links below to watch it: