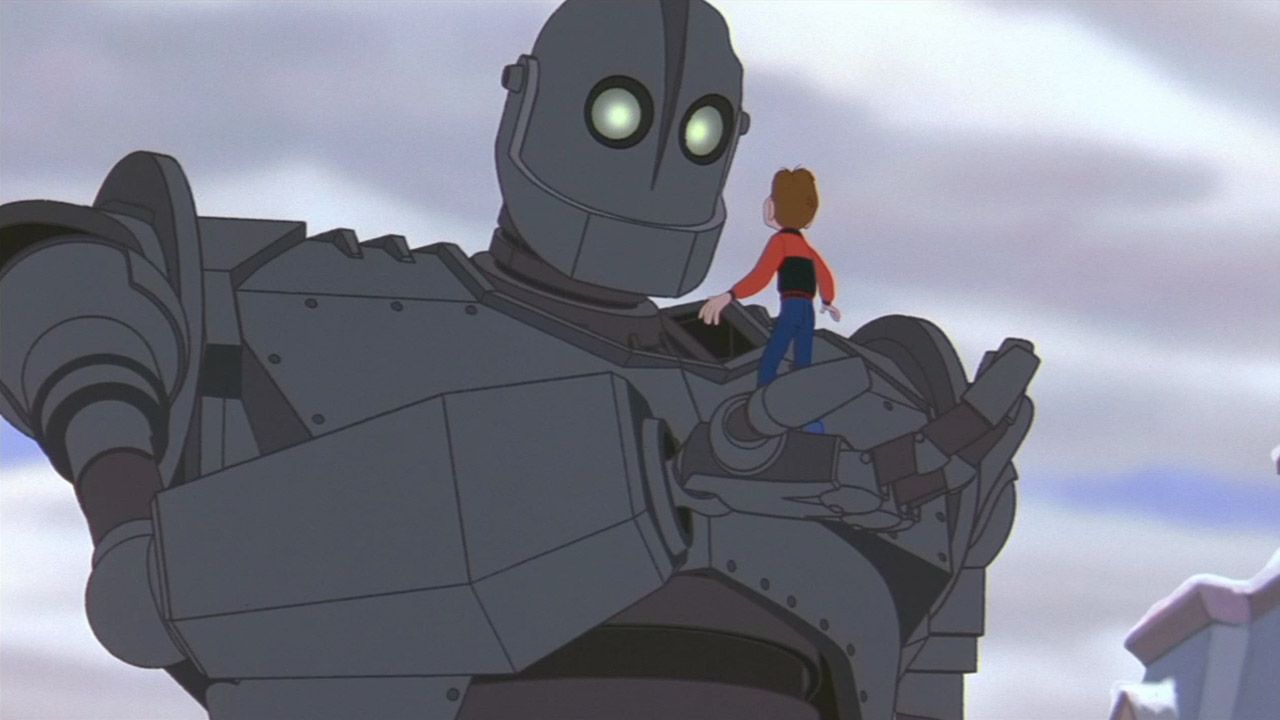 “I have a feeling this is something big.”

Where is Hogarth’s antenna? When staying home one dark night, the electricity stops. Hogarth goes into the woods to find it he meets the Iron Giant, who he ends up saving from being fried. The Iron Giant watches Hogarth save him. When Hogarth goes to visit the Iron Giant one day, it follows Hogarth home. Meanwhile, grumpy Inspector Kent is sent to solve the case of the Iron Giant. He is determined bites out of cars is just jokes. When the giant eats his car, his mind changes.

While looking for clues, he ends up going to Hogarth’s house in use of a phone. From his latest clue a BB gun with Hogarth’s name, he decides Hogarth has something to do with the giant. He therefore rents one of the rooms of Hogarth’s house, so he can question him.

One of the reasons Huger gives the location of his giant friend is for him and his mom. When, Kent threatens to take him away from his mom, he doesn’t want to hurt his mom. We see Huger praying before a meal, though it does have Hogarth talking in the middle. Huger is kind to the giant. When the giant is getting shocked by electricity, he goes over and shuts the electricity off. He tries to protect it by hiding it. The giant risks his life for the town when it is in danger.

First, there is a lot of language. The Lord’s name is used in vain four times. There are a few others as well, like d-rn and h-ll, which are used a couple times each. There is a lot of bathroom humor, although we do not see anything. Hogarth lies to protect the giant.

Kent is an altogether a horrific character. When he is not threatening Hogarth, he is name calling him. He follows him everywhere. Kent wants to kill the iron giant. He also gives up his country for his life.

This movie is a great cartoon. It has a great lesson and shows a good friendship between Hogarth and the Iron Giant. I would say all ages could watch this movie, but it would be a good idea for a parent to watch it with them too. The only thing that I am upset about is how much language is in this movie. Will Hogarth be able to keep the iron giant away from Kent? To watch this roller coaster ride movie click on the link below.