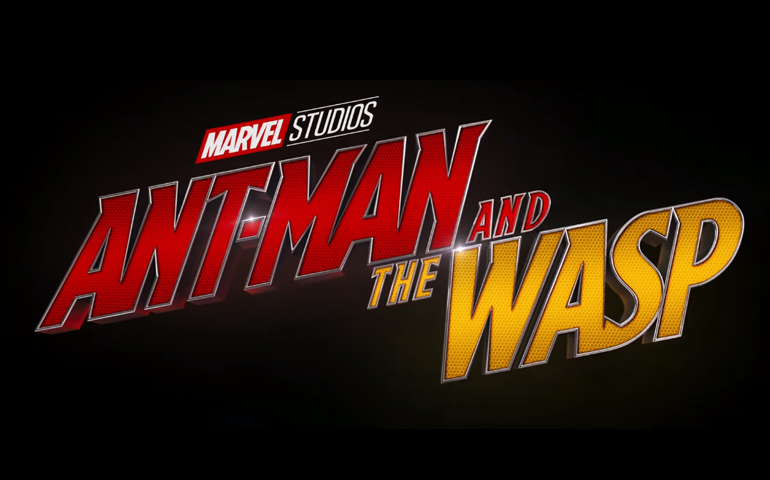 “Have you had any contact with Hank Pym or Hope Van Dyne?”

That’s right everyone! Ant-man is back! After helping Captain America in the Civil War, Scott Lang is found by the cops and is put under house arrest for 2 years. Scott has made it without problems for the first year and now only has three more days till he is free. But then he has a dream in which he is in the Quantum Realm and he sees Hank’ wife. He calls up Hank to tell him this and we learn that Hank’s wife may still be alive in the Quantum Realm.

With this motivation, Hank and Hope have been building a tunnel to the Quantum Realm. As they build it, they have run into some problems, and after a while there is someone named Ghost who wants it as well as some desperate businessmen. It’s up to Ant-man and the Wasp to protect the tunnel and to save Hank’s wife.

Ant-man really betrayed Hank. In Civil War Ant-man stole the suit and went off to Germany. Ant-man was then abandoned by them, since all three were wanted criminals because of his actions. But when Hank sees Scott again, he seems to forgive him at the end of the movie for his past actions.

Ghost isn’t a bad character, unlike most villains. She just wants the machine so that she can fix herself before she dies. If this was all, then I am sure that they could save her and would. However, the only thing that will save here is getting  Quantum Energy out of Hank’s wife. This could kill Hank’s wife, and they are unwilling to do that. The businessmen, however, just want money, so they are true bad guys.

Scott’s normal behavior in his house is rather funny. He does some silly magic tricks as well as pull a couple of jokes that deserve a laugh.  He also spends a lot of time with his daughter and wants to make her into a successful young woman.

Now with all of these good lessons, this movie still has some issues. To start, there is some sexual content in this movie, but not as much as the typical Marvel movie. In one scene Hank says that Scott had undergone a entanglement with his wife. Scott quickly begs to differ, saying, “No way, I would never do that, I respect you to much.” Hank then explains that he meant quantum entanglement, which is a different thing. Hope and Scott had some what of a relationship before he ran off to the Civil War. There is one scene in which we see them standing in the hall doing some suggestive movements. We also see Scott in his underwear in two scenes. Also we see him in the tub, but we don’t see anything.

We do see a little bit of violence here, but nothing out of the ordinary. There is a big car chase in which cars are smashed. Also we do see some fights that Ant-man and the Wasp have to go through to get the lab, but there is no blood in the movie what so ever. We do however see Ghost put her hand in someone’s neck and threaten to crush it if she doesn’t get what she wants. Another person is tased and another is shot at multiple times.

The big stinger in this movie is the language. I personally didn’t think that it needed as much language as it has, but hey, it’s still there. We hear at least 5 “h-ll”, 4 “sh–,” (two only go out to sh) 3″a–“(with bad twice), as well as the Lord’s name misused at least 7 times. Also we hear 10 “d-m-,” these are mostly from Luis in one scene when he gets a truth serum.

I really enjoyed this movie, it has a lot of action and adventure, as well as some good family and second chance lessons. I also like the card tricks that Scott pulled. The movie, in my opinion, could have had less language. It gets really exciting at the end and you’ll be on the edge of your seat to find out what happens. Also, in the post credit scene, there is a real stinger that you have to watch. With that, I would let anyone 13 and up watch this movie.  Click below to buy it and leave us a comment below.