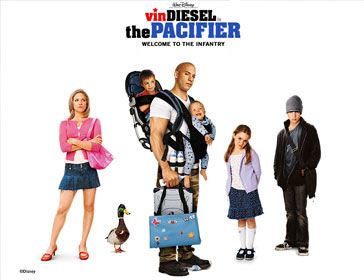 “You have one rule, we do things my way, no highways.”

Shane is a Navy Seal that had risked his life trying to save other. He has destroyed helicopters and infiltrated many enemy ships, but his latest mission is  way different from that. His latest mission is to baby-sit/protect a mom’s children while she is in Switzerland. He thinks that it will be piece of cake, but he is way wrong. This family has a lot of needs and also is falling apart. Is this Navy Seal up to the challenge even though he doesn’t even know how to change the baby’s diaper?

Shane takes his job seriously. He knows of the danger and wants to protect the kids. He knows that if he doesn’t they will be killed. Throughout the movie we see him sacrifice his life for other people. He also is scene beginning to like the family and spend time withe them, even though he isn’t family man.

The kids in the beginning of the movie are spoiled. They don’t want to change their life style and they feel hopeless their since there father died. Shane understands that and begins to help put the family back into shape. To do this he has to teach them some ol’ boot camp discipline which makes the movie funny. There are many other funny parts as well.

Though this movie is hilarious, there are some things that must be pointed out. There is very little toilet humor, but there is some. In one scene we see Shane try to get the baby to go to the bathroom on the toilet (we see nothing). In another scene we see a baby’s naked butt twice. This is extremely uncool. Also, one of the kids asks Shane if she’ll have big b–bs like him. Shane avoids the subject. He tries to put her to bed and she says, “And to think I was interested in you!” In another scene he walks into the kitchen shirtless, surprised to see a girl scout club there. The child says, “told you he had b–bs.” He covers his chest and runs out.

In a wrestling scene, Shane wrestles a guy that is shirtless and has a lot of chest hair. We see a girl cover a baby’s eyes, saying “Gross.” We also see a woman wear a shirt that shows a lot of her chest. Other girls are seen with shirts that show their bellies.

There are a couple people that are shot in this movie, though we only see one. There also is an intense fight scene and another intense car chase. This makes up pretty much all of the violent content.

The kids are mean to Shane in the beginning and do some mean things to him, but they begin to respect him. They also disobey the rules Shane sets in place.

There is more language in this movie than I suspected. We hear the Lord’s name at least 7 times as well as some “h-ll”s. We hear a little more language, but that is pretty much it.

This movie is definitely a funny movie, but it does have some downers. The rough language and the toilet humor are a little to much for some families. I would definitely be careful with watching this movie. I would say ages 9 and up would be fine. Even though there are downers, there also is some funny scenes in this movie that will make you laugh. Will Shane be able to protect the kids and baby-sit at the same time?