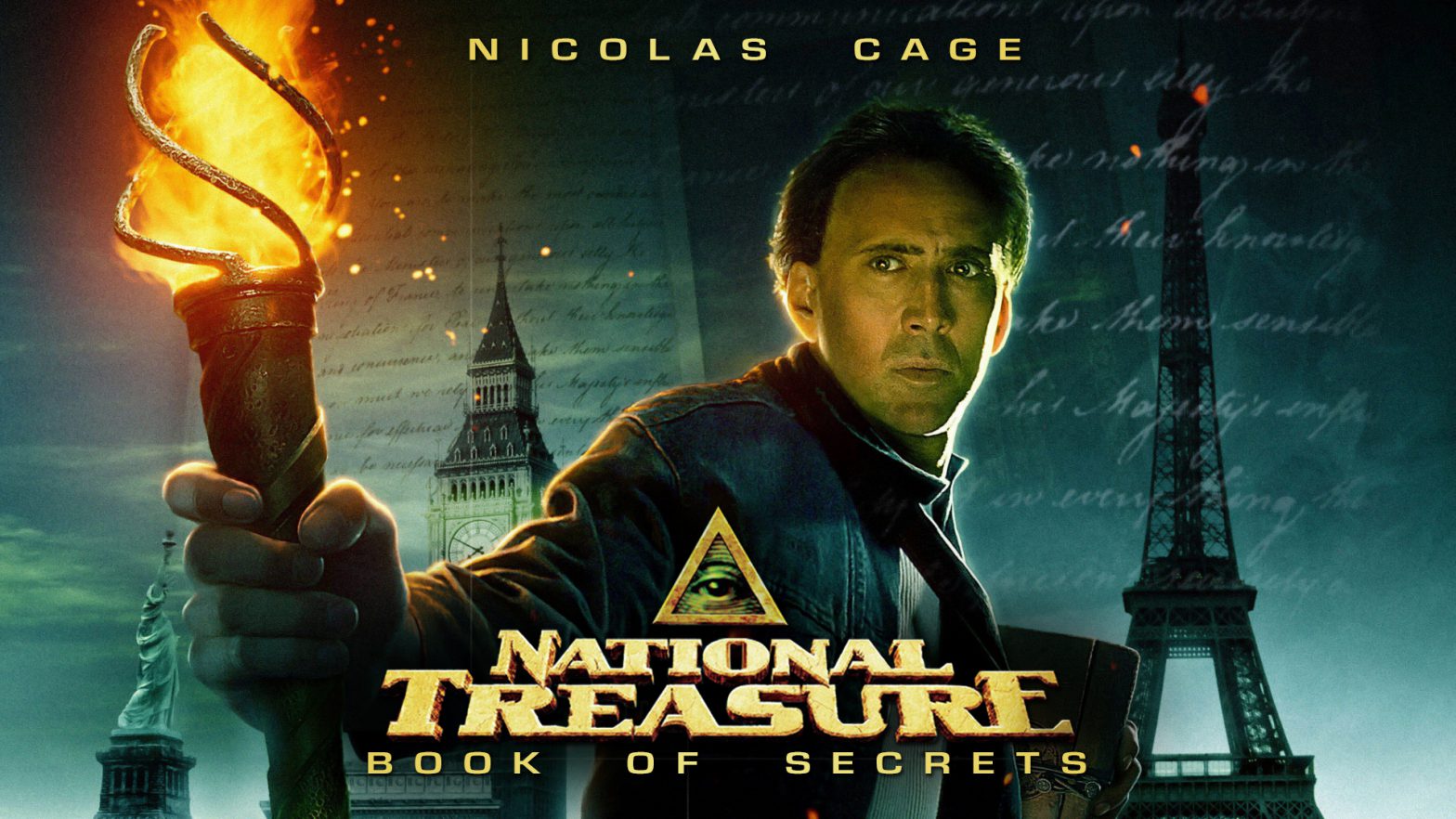 “I’m going to kidnap the President of the United States…”

That’s right true believers! Ben Franklin Gates is back! This time, he isn’t after the Declaration of Independence or a treasure as he was in the first movie, National Treasure. Instead, he is out to clear his great-grandfather’s name. When a man brings forth evidence that says that his great-grandfather, Thomas Gates, helped with the assassination of Lincoln, Ben couldn’t accept it. So off was Ben to find the lost city of gold to prove his great-grandfather’s innocence. With Riley, Abigail, and his father helping him, can they clear Thomas Gates’ name?

Ben believes that if a man has given his life for his country, he should be respected. That respect he wants to be able to give to his great-grandfather. He wants to prove that the man is wrong, but he doesn’t burst out in anger. He calmly disagrees.

Two people sacrifice their lives in this movie. One was very unexpected on my part. Ben doesn’t believe in kidnaping, so he technically doesn’t kidnap the President, he just wants to talk to him. He even tells him the way out, and just wants to ask him a question.

There isn’t a lot of problems with this movie, believe it or not. There is a little to be noted though. Ben does disobey some federal laws, as he does in the first one, but only in some ways. There is one big car chase that gets pretty intense. We also see Abraham Lincoln get shot, but we mostly only hear a gun shot(no visual of Lincoln other than the gun pointed at his head.) Also, one other person is shot and dies, but there is no blood.

There are some few woman who dress a little immodest. Also, Abigail kisses a man for a long time to distract a man. Also, Ben’s parents  got divorced a while back, and they fight a lot in the beginning, but then they learn to love each other again(though we never see him reunite.)

For language there isn’t a lot, but there still is some. We hear 1 “o my go–” from a lady and one Lord’s name misused. Also, Ben gets into a fight with a kid about history. They both disagree and the kid makes a symbol at him with his hand, indicating a swear. After he walks away, Ben asks Abigail, “What do they teach in schools these days?”

I enjoyed National Treasure very much. I love it how both of the movies are educational and exciting. Watching the gang solve the clues is very thrilling. I would recommend it to any family who loves history and action. Kids 10 and up would have no problem watching this movie. I hope you consider to watch it. Will Ben be able to clear his great-grandfather’s name or will the Gates be remembered as conspirers forever? Find out in National Treasure: The Book of Secrets.