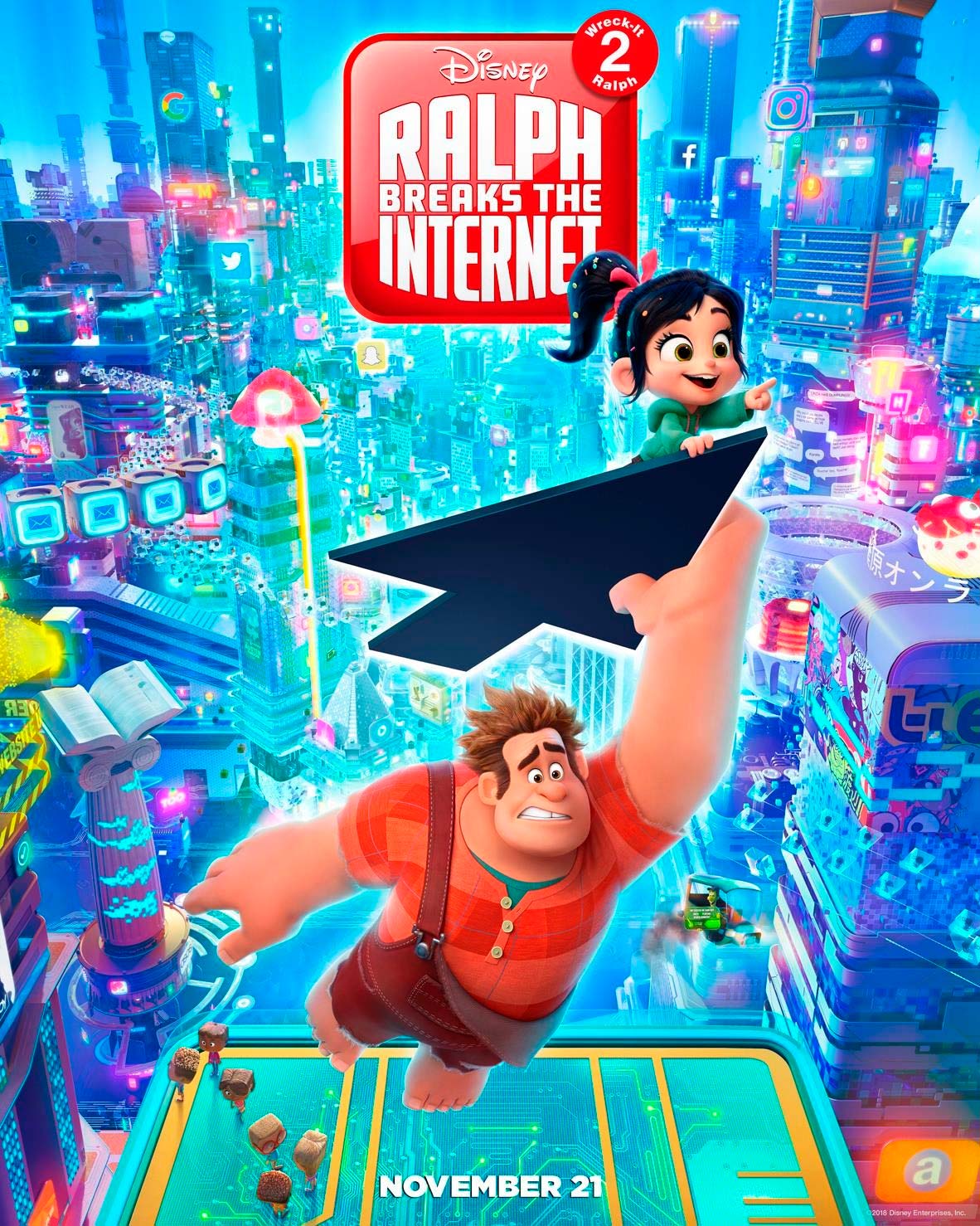 “Ralph: Start churning butter and put on your church shoes little sister because we are about to blast off!

Vanellope: Ralph, what are you trying to say?

Ralph: We are going to the Internet.

Ralph and Vanellope do the same thing every day. They go to work in the arcade and then hang out all night. Ralph doesn’t want anything to change, and he likes his daily routine. He is even glad that he is a bad guy, because all he cares about is having a best friend.

There is a lot to cover here. First of all, I’m going to start with Ralph and Vanellope’s friendship. Ralph wants to protect Vanellope. He also looks to her as the only person who makes him want to go on, this is mostly because she is the only one who wants to hang with him. Ralph gives up his time to try to help Vanellope gain her dream. However, when she wants to do one thing he is against, things change. Ralph doesn’t want her to do this thing. But he learns that he can’t control other people’s lives, only his.

There is a little bit wrong with this movie sadly. To start, we will talk about the internet. Int the internet, we see people who represent spam (actually a nice guy) who tries to get people to come to his website. He gets Ralph and Vanellope into some trouble, but not a lot. Another guy gives Ralph a virus that looks like a creepy snake that may scare children. There also is a monster Ralph virus that shows up.

Also, Vanellope hangs out with the Disney Princesses. She and the princesses talk about her clothes and Vanellope makes all of them clothes. This is okay, but some of the clothes were very inappropriate. Ariel lifts her shirt half way up, though we don’t see anything. She breaks out into a song about wanting a shirt. Also, Ralph is in Snow White’s dress and says that it isn’t made for a big boy and it rips and his belly shows.

Also, one couple gets flame torched(internet players.) A kid is seen lying to his grandmother that he is doing his homework, when he is really playing games on the internet.

We also see Ralph try to make a game slow because he is jealous. Ralph wants everything to stay the way it was, but Vanellope wants a change. Ralph is against that, but begins to respect it. We also hear some rude comments about videos  that Ralph is making.

Fix-it-Felix and his wife, Sergeant Calhoun, adopt 15 kids, and they start to tear his house apart. Somebody says that they are trying to spice things up. Also, Felix begins to drink root beer, and the movie makes it look like it is actually a bad beverage. We also hear another person say that they should get Ralph a drink.

A decent amount of language is heard in this movie. We hear 2 of the Lord’s name, 2 “d-n- it,” 2 “what the h-c-,” 2 “sweet mother of monkey milk,” and 1 “son of a g-n.” G-sh is also used at least five times. We also hear a joke about duty,  as well as one that replaces the word parting with f-rting. This is inappropriate.

This movie definitely is great movie. Seeing all the companies on the Internet like Amazon and Google is cool. Even seeing the Disney princesses, Avengers, and even Star Wars was exciting. I loved watching Ralph make all his videos, trying to save Vanellope’s game. This movie would be okay for your entire family, my only  regret is the language. There is more language than I would put (not that I would put any) in this movie. Other than that, check out Ralph Breaks the Internet!

A little note, stay through the credits. There are 2 post-credit scenes. Most of the people walked out in the theater I was in. The credits may be 5 to 10 minutes long, but the scenes are worth it.

Check out this other trailer!