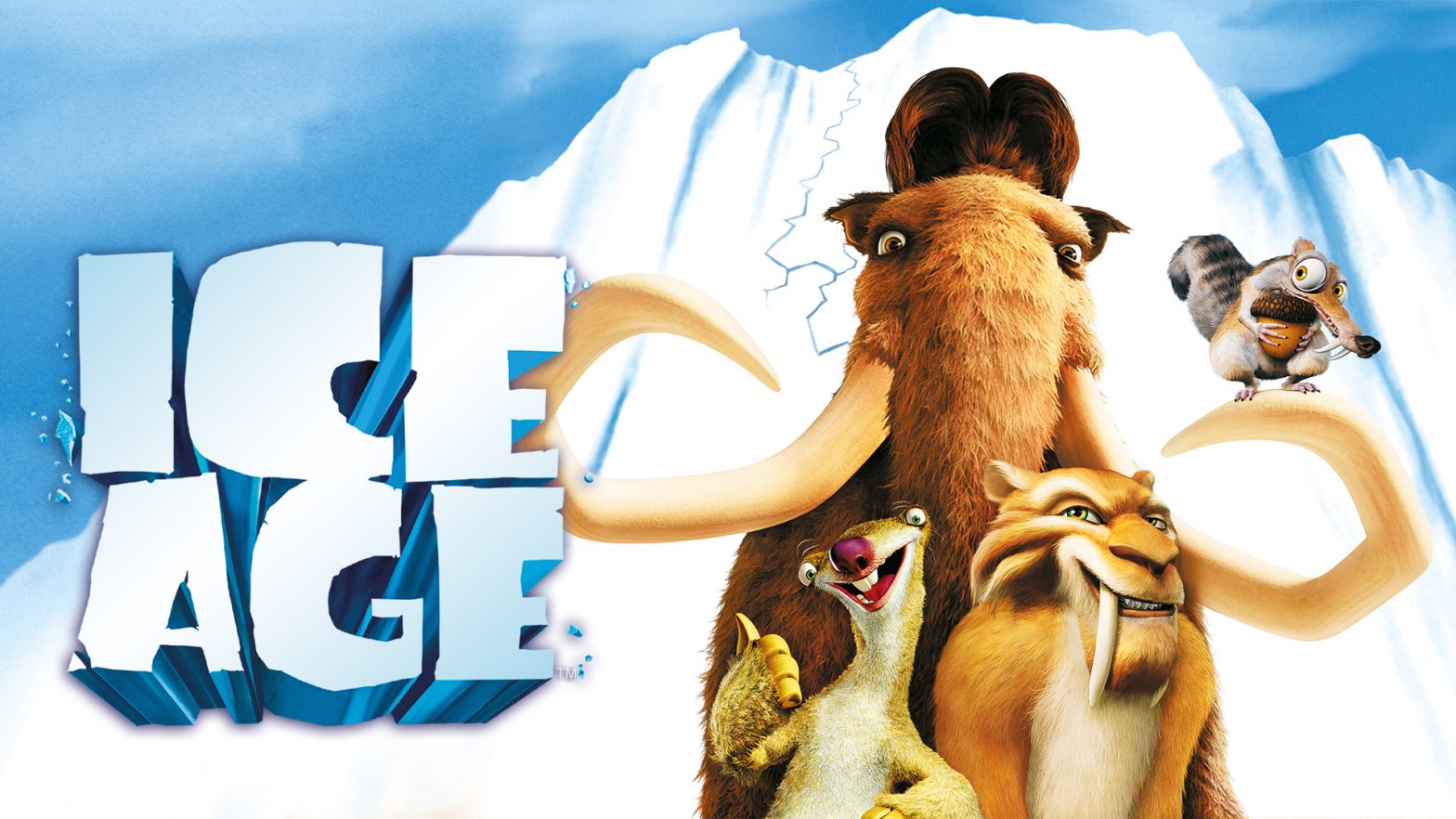 “Why is it called the Ice Age?”

“Maybe it’s because of all the ice!”

The Ice Age was an age that our world went through a long time ago. In it, the world froze with ice and the people had to work harder at trying to stay alive. This meant the animals had to do this as well, which is what this movie is about. Manfred, also known as Manny, doesn’t want to migrate because he knows that he can be alone, which he wants. But he is not alone. A sloth named Sid is also staying because his family left him behind. So instead, he stays with Manny. Sid won’t leave Manny alone, and when they find a baby who needs rescuing, Manny doesn’t have to just return a baby, now he needs to watch out for a tiger named Diego. It’s the epic chase to see if they can reach the humans before the pass closes.

In the beginning, Manfred saves Sid from a bunch of rhinos who want to kill him. Manfred states, “You know, I don’t like animals who kill for pleasure.” Manfred and Sid also help the child they find because they know it is the right thing to do. They risk their lives to help the baby. Speaking of risking lives, two different animals risk their lives for each other. Also one human saves the life of another by sacrificing his. This movie definitely teaches the lesson of good friendship.

This movie is about the Ice Age, and since it is a popular movie, many evolution views are expressed. In one scene, someone is made a fool of for believing in evolution, but we still hear some different saying about evolution like “survival of the fittest.”

In one scene, Sid is changing the baby’s diaper that is stinky. He clones the diaper and throws a fake one onto Manfred, who doesn’t like the joke.

We also sadly hear a reference to homosexuality that is snuck in. Diego says to Manfred and Sid, “You two are an odd couple.” Then he says referring to them helping the baby, “I see, you can’t have one of your own, so you adopt him.” The last of the dodo species tries to survive, and they begin to die, and one person says, “There goes our last female.” These are the only sexual problems, but they are a major problem.

We don’t hear a lot of language in this movie, however. There is some name calling as well as a few “h-ck”, and a few other small words. One person calls himself the “l-rd of the flame,” before he catches his tail on fire.

Is this movie a kid-friendly movie? Yes it is. There are plenty of good lessons in this movie on friendship and also giving up things for others. Through there are a few crude jokes and a little rough language, this movie is good for anyone of an age 6 and up. It is a great movie for an entire family. Check out Ice Age today!