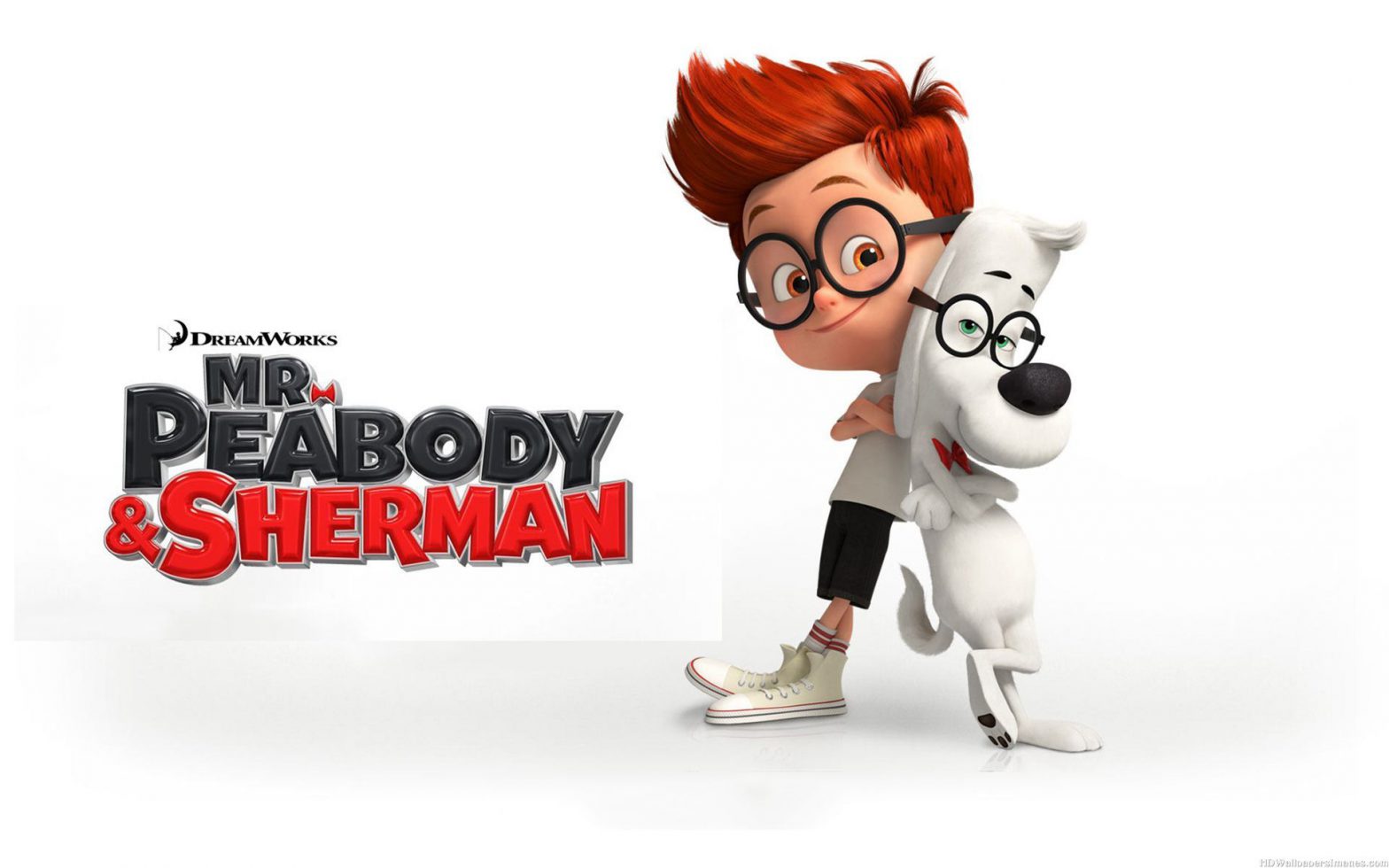 Mr. Peabody is a extraordinary dog. He is smart and even can talk. He has everything in the world that he needs, even a time machine, which is what this movie is actually about. His life cannot get any better, until he met Sherman. He found Sherman in an alley and adopted him into his home. As Sherman grew up, Mr. Peabody taught him a lot of history using his time machine called the WAYBAC. Life has never changed, until Sherman had to start school and then everything changed…

Mr. Peabody wants the best for Sherman. He is always teaching him about history. When he is asked why he wants to adopt a boy, he says that he wants to give Sherman something he has never got the chance to have.

Mr. Peabody and Sherman have a significant father/son relationship that is being built on throughout the movie.

Sherman hates a girl his age in the beginning of the movie, but throughout the movie, they begin to become great friends.

There is very little violence in this movie. We see one scene of the Trojan War that is a little violent. In another scene there is a fencing tournament. We also see two people get bit. One person is tazed multiple times. One person almost gets his head chopped off.

There are an awful lot a poop and butt jokes. Some are mild and others aren’t. We see one baby’s diaper fall off and we see his bare butt. When in a sewer, Sherman tastes the water and says, “That is horrible water.” Mr. Peabody says,” Actually, that is not water.” There also is a joke about guys not wearing deodorant and their armpits reek and they use it as a weapon and are proud of it.

When Mr. Peabody says that there is a booby trap, Sherman replies,” You just said booby!” Mr. Peabody shakes his head.

In one scene we see some drinks being made and I can guess that they had alcohol in them. In that same scene Mr. Peabody hypnotizes Mr. and Mrs. Peterson so that they can go get Penny who is in Ancient Egypt. In Ancient Egypt we hear off many gods that are fake. Mr. Peabody is called a miracle worker.

There is one use of “d-rn” and one use of “g-sh” that is all the language in this movie. One person is called a dog in two scenes.

This movie has it’s ups and downs. It has some good lessons about father and son relationships and being obedient to parents. It also teaches you how to make friends. Some of the lessons that Mr. Peabody teaches are very educational even. It kind of reminds me of the Rush Revere books written by Rush Limbaugh in which the same kind of historical lessons are taught with a time machine.

Though these all are great, the bathroom humor and the crude jokes are very inappropriate. Though the jokes may be funny, that doesn’t make them appropriate. Make sure your kids understand that before you let them watch this movie. Other that that, it is definitely a good movie to check out.