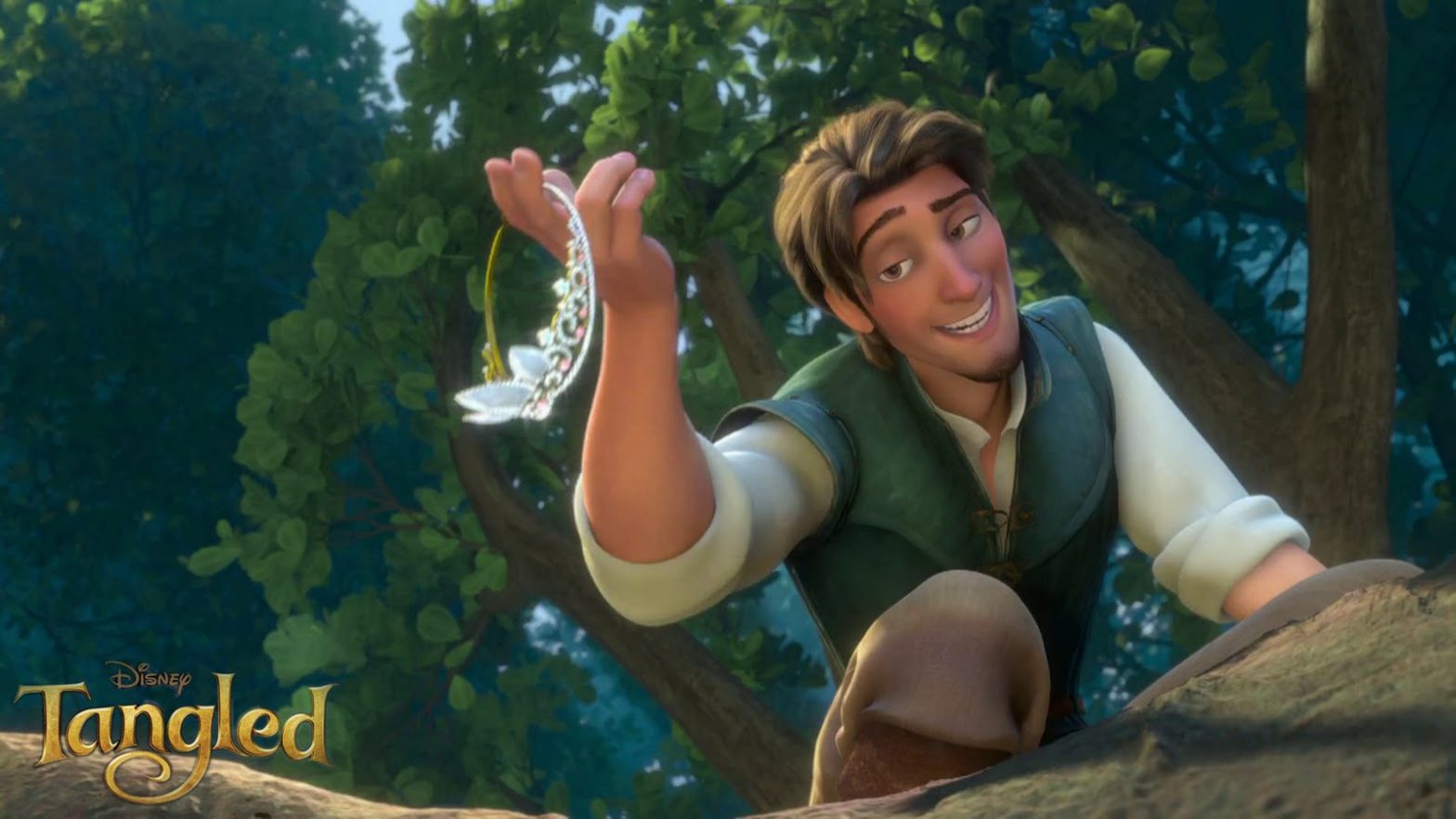 “They just can’t get my nose right!”

This movie is based off the old story of Rapunzel. In this movie, Rapunzel was taken from her family by a evil woman who wanted Rapunzel’s hair. You see, Rapunzel’s hair is magic, and can heal a wound or keep someone young. The latter is what the evil woman wants. Rapunzel doesn’t know any better, so she goes along with it.

Far off in the same land, the criminal Flynn Rider is stealing the princess’ crown. After successfully doing so, he has to find a place to hide. He finds a place that is perfectly hidden, only to learn that that is also the place where Rapunzel lives. What could happen next? Will the evil woman kill Flynn?

Flynn Rider is the most developed character in this film. In the beginning of the film, Flynn is a thief. He is only looking after himself. This changes when he meets Rapunzel. After that, he looks after her and himself. He even sacrifice his own life for Rapunzel.

Other enemies of Flynn learn that they need to stop being enemies and help each other out.

There is no language in this movie.

Rapunzel is very disobedient to her mother (even if it is an evil mother.) She deliberately disobeys and knows it, she is afraid of disobeying, but Flynn just says disobeying is part of growing up. He also says that his evil mother’s soul will be crushed like a grape. This is just wrong.

As I said before, Flynn is a villain, and we see him robbing places. His crimes almost get their punishment, but no, he is needed elsewhere.

In one scene, Flynn and Rapunzel are in a bar, and the men are very gruesome looking, but they turn out to be quite funny. One person is in his underwear and flies around the room like an angel.

Near the end of the movie. One person turns very old and then trips and falls. This could frighten some children.

Tangled is definitely a movie that is great for the entire family. It has a lot of good lessons about friendship and family. It also had no language or any real problems. I hope this movie is in you list to watch!