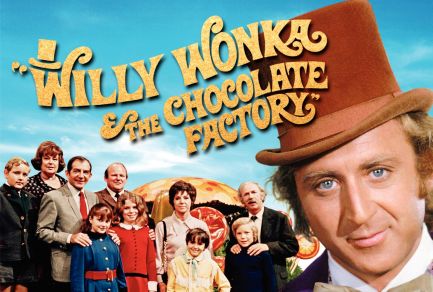 Since this movie had nothing wrong with it, I recommend it for the entire family. It is very fun and will keep the whole family entertained, even if it was made in 1971!
This will be an in-depth review, so expect spoilers ahead.

The movie opens up with a little boy named Charlie. Charlie and his mother try to provide for their grandparents. Charlie is a newspaper deliverer. He cares for his grandparents very much. His grandpa believes that he should have fun, but Charlie knows what he has to do.

Eventually, a news commercial tells the world that there are 5 chocolate bars with golden tickets in the world. If one person gets one, he and a family member get a tour in Willy Wonka’s Mysterious Chocolate Factory.

Charlie desperately wants a ticket, but one by one they are found by other people. Finally, the fifth is found, or is it? It is found to be a fake and Charlie finds the real one. When he does, a man comes up and offers him a lot of money if he brings him an Everlasting Gobstopper from the chocolate factory. He pushes the offer aside and goes to tell his grandpa the good news. His grandpa and him can’t wait to get inside the chocolate factory.

As they get ready to enter the chocolate factory, they have to sign a contract, which part of it they can’t read. Willy Wonka takes them around his factory showing them awesome gadgets that make all the kinds of candy that you want. These candies are so scrumptious that one kid falls into a chocolate river and disappears to another room, his mother is brought to him.

Each of the children is given a gobstopper, and each know what they are going to do with it, all except for Charlie, that is…

The Children are Dissappearing!

As they go through the factory, the children disobey. They don’t listen to Willy Wonka and many of the children start to disappear. As they did, it began to scare the last of the tourists. Charlie and his grandfather drank a drink that makes them float, but they get down and are not found out.

Eventually, all the children are all gone, except for Charlie. As they near the end of the tour, they ask Willy if Charlie gets his chocolate for life, something else guaranteed with the ticket. Willy Wonka says no, because they drank the drinks.

Sadly, Charlie is about to leave, but then he realizes he has something he doesn’t want the bad guy to get. He quickly returns the gobstopper to Willy Wonka and walks away. Willy Wonka quickly congratulates Charlie, telling him that he knew he could do it.

Willy Wonka was getting old and needed a replacement, and knew he needed and honest child. He tells Charlie that he will train him to take over the company and Charlie’s entire family moves into the Chocolate Factory.

“Remember what happened to the man who got everything he wanted?

He lived happily ever after!”