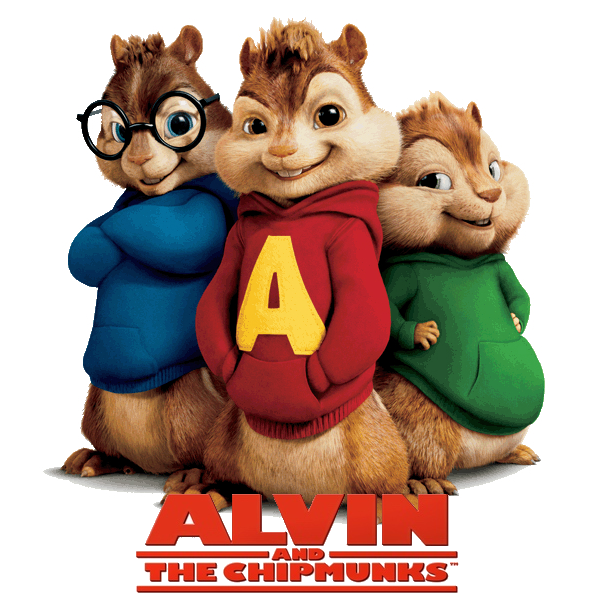 Alvin and his brothers are very big trouble makers! When they live in the forest, they can be messy, but when there is a turn of events and they end up living in David Seville’s house. In his house they make a mess of David’s life. This would be a horrible story, if the chipmunks were great rock stars. David realizes their talent and helps them become great songwriters. There are some great lessons to being famous though…..

David treats Alvin and the Chipmunks as his kids. He helps them out and wants them to have a good life. Dave tries to teach them to save and not spend. He also teaches them how to clean up their messes. Now, this would be great if the chipmunks were all on board, but they aren’t. It takes the entire movie for them to finally understand, and then they realize Dave wanted what was best for them.

We hear some inappropriate things in this movie such as tooting and burping. We also see pictures of underwear (as well as a song about it) and drawings of butts. Alvin and the Chipmunks are mess makers. They are also very rebellious and don’t listen to Dave. Uncle Ian is mean to the chipmunks and makes them overwork at singing and calls them rats. He even leaves them in a cage.

In another scene, Dave is having a dinner with his ex. They are glad to have a dinner, till Alvin makes it a mess by playing love music. Dave quickly hugs his ex a long time to distract her. Other woman are wearing some shirts that show their bellies in one scene

In one scene the chipmunks drink a lot of coffee and turn into very hyper animals.

We don’t hear much language in this movie. Mostly we hear name callings.

This movie is very funny, yet, there is some rude humor in it. Most of it is mild, however, so you don’t need to worry about it too much. Though this is true, you still should make sure that everyone that is watching this movie understands that some of the silly things they are doing are just wrong. Although some of the silly things are bad, plenty of them are hilarious. It also teaches that popularity isn’t always good and that spending time with family is. I hope you enjoy Alvin and the Chipmunks. Let me know what you think in the comment section below.