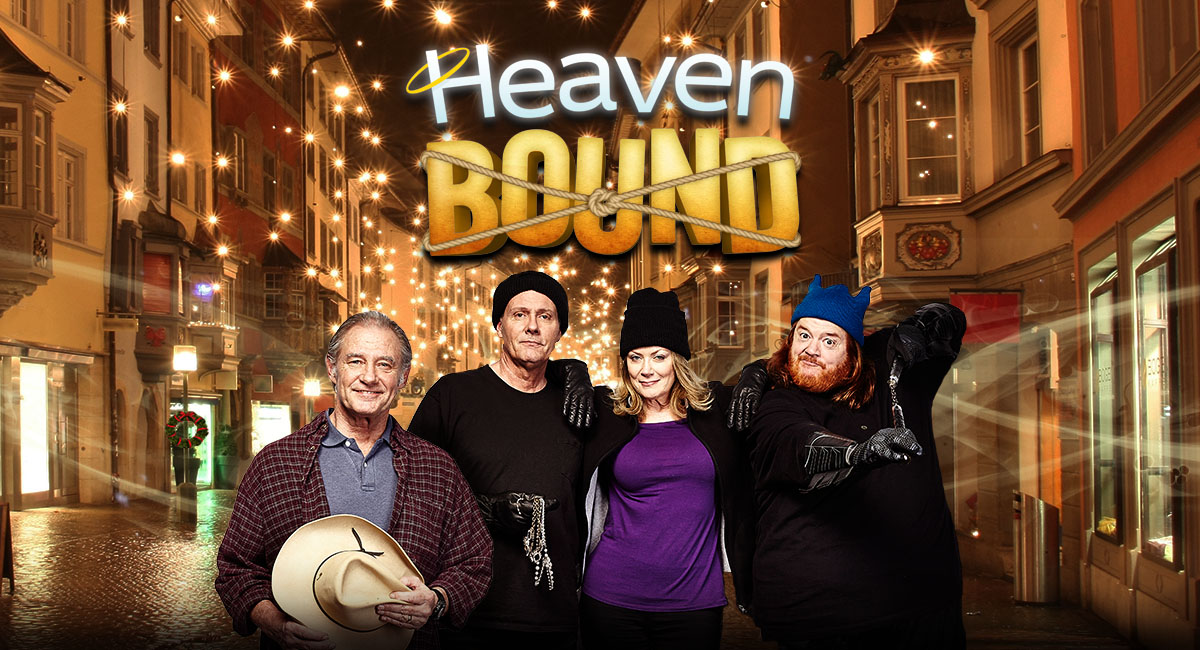 This Christian movie has a hard time figuring out just what kind of movie it wants to be.

The opening montage of this movie shows Josie and Ted as they want to be seen– everything works perfectly for them because it’s a memory of things that happened before Ted forgot to put his company’s mascot into the car after filling it up with gas. When the dog gets killed, Ted gets fired and forever shamed.

His life is then shown to be comically bad, where they are scraping by for food, so the decide to steal money from Josie’s rich employer.

Hijinks ensue as they, with the help of Moochie (who lives up to his name), attempt to steal jewels from a guy that has decided that he is going to keep them trapped in his house while he tries to save them.

The movie pokes fun at other Christian movies, Christian board games, and we find the guy has rooms dedicated to the different holidays. The only thing that doesn’t make an appearance is VeggieTales.

There’s even a Matlock joke because the leading lady played alongside Andy Griffith’s character in that long running television show.

After the accidental death of the company’s namesake dog, Ted loses his executive job and finds himself lost and adrift. He’s unable to find other work, and he doesn’t know what to do. His wife is on the verge of leaving him, and when she proposes taking money from her rich boss, he reluctantly agrees.

However, as the night goes on and he sees just who this rich guy is and his heart, Ted makes it up to his wife, pledging to be a better man, and the three would-be robbers get saved and help the rich man fulfill his dream of having a camp for kids on his property before he dies.

Throughout the course of a robbery that turned out way different than expected, we find that a rich older doctor cared for his dying wife with Alzheimer’s disease. She was the one that was outgoing for the Gospel, and in her final days she didn’t know who he even was– which causes Jack to reevaluate his life with Josie and rededicate his life to his marriage.

A young door to door evangelist shows up at this rich old man’s door asking him the question of whether he knows where he will go when he dies. The old man says it’s a good question and invites the young man in. After hours of talking, the old man reveals that he is a Christian, but found the young man’s question interesting and decides that he will use that question or something like it to witness to others.

The rich man tries many different ways to convert some would-be robbers:

In the end, it’s the genuine appeal that reaches the would-be robbers, and everyone ends up serving the Lord.

This movie really isn’t sure what it wants to be, and attempts to merge comedic elements with weighty issues like evangelism and dealing with Alzheimer’s. Sometimes it works, and sometimes you’ll just be shaking your head in disbelief.