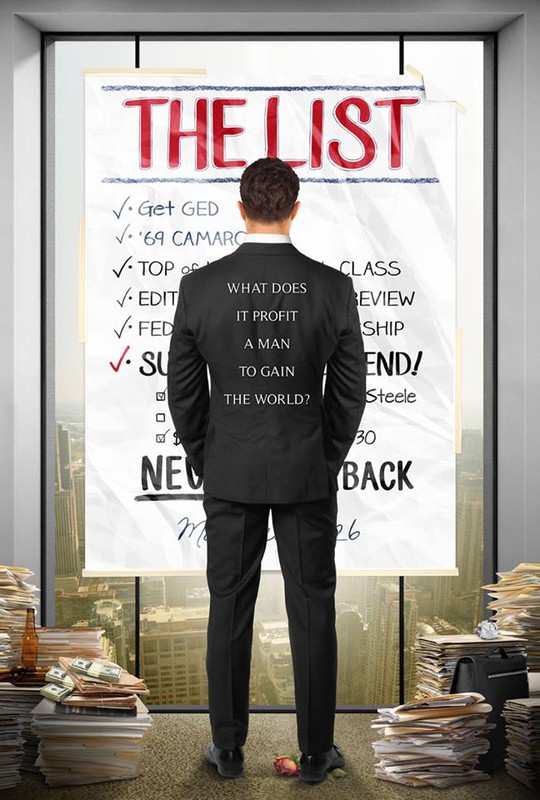 Jack Stone is a man out to prove to the world that he’s not broken. To do this, he’s created a list of things that he has to accomplish with things from getting a law degree to marrying a beautiful girlfriend. You see, he started out life as a reject, and the one thing he fears is being felt worthless and alone

How it all began

The story begins by watching Jack and his brother, Dillan, get placed in a foster home, after his own mother was trying to sell them. Being the older boy, Jack is rough around the edges, and when it appears that he’s still sticking up for his younger brother and getting in trouble in school, his foster parents are discussing his rough background– which Jack overhears. Figuring that his little brother will thrive here, he decides that’s it’s best to part ways, and heads out on his own.

We fast forward to his life as an adult, where he’s considered white trash, but manages to talk his way into a lawyer job after working at an auto repair shop. We get images that he still has some street fighter in him, but that his guiding star is a list of items that he wants to accomplish.

Brian, one of his close friends now, tells him that he needs God on that list, and Jack believes that he can do without God in his life.

And so, Jack sets out claiming everything on his list. There’s a fun section where he helps this girl with her car, and then asks her out. The date is funny in that he’s trying too hard– and she just wants him to be himself. You get that he’s awkward around women and does not know what to do– neither do his friends, really!

He has the job, the house, the wife, and she wants a child. This is the first roadblock Jack has, and the sign that things aren’t always easy. His wife, Molly, has difficulty having children. This doesn’t bother Jack too much because he’s a workaholic, but it bother’s Molly. There’s scenes where she’s praying for a child, and eventually they are blessed with a boy.

Jack is still putting in long hours, and after a big case comes through he takes his son to the park– and a jarring moment happens where you fast forward to a funeral.

Everything Comes Crashing Down

Ethan, their son, was hit by a car in the road– his dad not having time to stop him. Everyone blames themselves, and Molly moves out, saying that Jack has been non-existent and reminds her of him.

One of Jack’s coworkers has framed him by sending text messages from his phone to members of the jury on his big case, so Jack loses his job and is under investigation by the bar association.

Jack’s friend, Brian, goes from recovering alcoholic to dying– of what we’re really not told.

While Jack starts dealing with this in a controlled manner, he eventually breaks down and get really drunk– you see him in a bathrobe over his pajamas with dried on vomit.

His brother appears one night and tells him about what happened after he left the house– how they looked for him and couldn’t find him and how he found the Lord. Jack hears this and decides that clinging to his old self is not working and decides to make a change.

He seeks out Molly’s friend and starts volunteering at a local day care and gets closer to the child that he defended in court if Molly’s friend will speak kindly about Molly giving him a second chance. He tells Molly that he will sit on a park bench every day at a certain time for when she’s ready. He starts going to church, and he takes a job with a outfit that helps those that need help.

As Molly comes around, their life seems to improve, and Jack thinks about adopting the child he represented in court.

I won’t spoil everything, but the movie has a satisfying ending, even though there are a few more twists and turns.

There are sections of this movie that are a little clunky and don’t flow together as well as they could. The transition between young Jack and older Jack wasn’t obvious– unless you knew what you were looking for. The list wasn’t as prominent to get the title billing (maybe some montage of him coming up with the list would have helped?). Some transitions were a little weird, and a subplot contained what amounts to a cardboard/comic book villain whose motivations we really never understand.

Overall, the movie did a good job with the “before and after” contrast without resorting to the usual foul language and bad behavior. You see a man that was without Christ with everything working out for him rather than one that starts out terrible and becomes perfect. The transformation is believable, and when Molly isn’t on board right away– that works as well