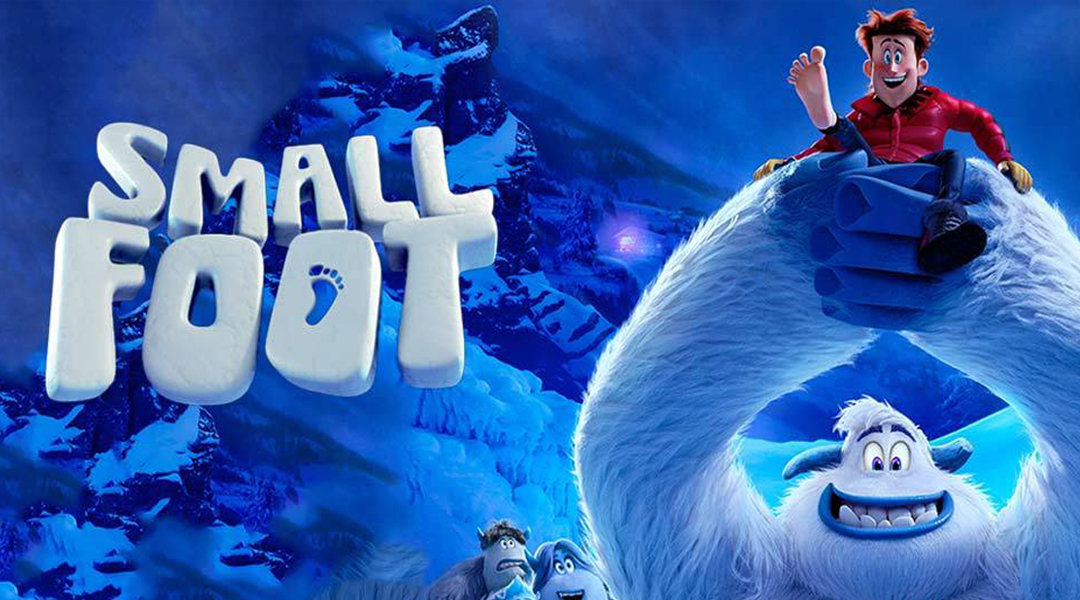 “I just saw a Smallfoot!”

Now, after reading that phrase, you may ask yourself, “What is a Smallfoot?” We all have heard of a Bigfoot, but never a Smallfoot. Well, to keep it short, we are Smallfoots. The movie starts off with a yeti named Migo. Migo follows some stones, that we would call rules or truths. One of the stones says that Smallfoots don’t exist. Migo has believed this for his entire life, until he meets a Smallfoot.

After he tells everyone that he saw one, they don’t believe him. The leader of their village tells him to say he was crazy, but Migo knows he saw one, so he refuses to lie. After doing this, however, he is sent into banishment. Migo is determined to find a Smallfoot so that his ban can be lifted.

Migo knows that lying is wrong, even though he does lie in a couple situations. He wants to stand for what is right, not what the stones say. This is the correct attitude. He also wants to protect his friends from other dangers.

When Migo hurts his friends, he quickly learns that he did wrong, so he wants to apologize and say he is sorry.

Another character that learns some valuable lessons is Percy. Percy videotapes animals to make money on Youtube. He really wants to be famous, and will do almost anything to make sure he does get famous. He even wants to fool people into thinking that he actually finds a yeti. This is wrong, as we know. Though he starts off like this, he learns he is wrong and works on his integrity.

Though Smallfoot has some good lessons and some funny parts, it does have some things to point out.As for violent content in this movie, there is a few darts shot at people and animals. Other times we see some drawings of yetis getting spears thrown at them, but there is no blood in this movie with the exception of when Migo gets his foot caught in a bear trap (we see one drop of blood).

There is no sexual content in this movie worth noting.

The yeti’s beliefs on how they got to their home is definitely worth noting, even though it is not exactly evolution. They believe that they came from the butt of a yak. This is said a couple times in the movie. When Migo says that they didn’t, another yeti asks, “Then whose butt did we come from?”

As for language, we hear 2 uses of “o my g-sh” as well as 2 or 3 uses of “s-ckers.” In a couple scenes, the yetis are looking at some of the things that Smallfoots use. One thing they come across is toilet paper. They think that is some sort of ancient scroll Smallfoots use. Another person says that it is probably just used for cr-p. Another time, Percy is given the toilet paper, and he runs off-screen and uses it.

Smallfoot, in my opinion, is a really funny movie that will keep the whole family laughing. I love the lessons on integrity in this movie. Both Migo and Percy learn some important lessons that can even be used in families today. I wish there was less potty humor, but I still highly recommend this movie for any family. Let me know what you think of the movie in the comments below.