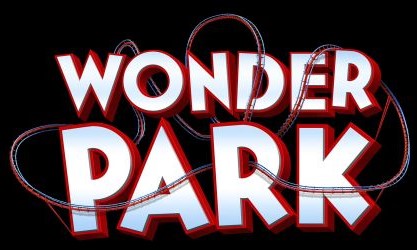 “I am the Wonder in WonderPark!”

There is very little wrong with this movie. The worst language we hear is “o my g-sh.” It is extremely kid friendly. (don’t let the word “chimpanzombies” scare you, they are only stuffed animals.)

Wonder Park is made

June is a young girl that has a very imaginative mind. She likes to build some rides that are found at amusement parks out of glowsticks and bendy straws. She makes her own amusement park and calls it Wonder Park. She and her mom play with Wonder Park everyday, that is until June’s mom gets sick and has to go away for a while.

A lot of time goes by and her mom still hasn’t come back. She is still getting better. June begins to get lonely and now doesn’t want to play with Wonder Park. Since her mom has gone away for a while, she puts Wonder Park in storage.

Finally, after a lot of persuasion, her dad finally gets her to go to math camp. As she is on her way to camp, she believes she is making the wrong choice. She believes that she needs to get back and help her dad, because she doesn’t think that he can handle himself.

After successfully escaping the camp bus, she tries to get back home, but instead, she finds a magical gateway that leads to a park that looks an awful like the park that she designed.

When she enters the magic gateway, she finds a park that looks like the one she designed as a little kid. This amazes her, but as she looks around the park, she hears a strange noise coming towards her. She is quickly swept up by a big blue bear who tells her that they have to run. June is confused and doesn’t understand, until she sees a bunch of chimpanzombies chasing her.

After finally getting to a safe place, June asks about the chimpanzombies. The staff of the park, a bunch of animals, say that they came from the Darkness. The Darkness is a strange cloud that just appeared out of nowhere. The only way to get rid of it, according to the staff, is to start back up the park’s gears. But in order to get to the gears, they have to cross a dangerous bridge.

June knows that she can do it, so they quickly go to the bridge, but instead find out that it is being attacked by chipanzombies. The bridge collapses and June and the animals are separated.

As June runs away from the chipanzombies, she falls into Zero-G land. While there, she finds an old lost monkey named Peanut, who was the maker of all the rides. June tells Peanut the bad news and asks him to come help them. As Peanut is thinking, however, chimpanzombies attack. Peanut saves June, but he gets captured and is thrown into the darkness.

June realizes it is up to her to save Wonder Park, so she goes to build the bridge so she can cross it. After she builds the bridge, her friends come back and help her finish it.

After getting across the bridge, June goes straight into the Darkness. While there, she finds Peanut. She reminds Peanut that he created all of the park’s rides. Peanut doesn’t believe that he can do it, but June explains that she was going through the same problem that Peanut was. June, in turn, helps Peanut get out of the Darkness and together they build a bendy straw slide to fix the gears to Wonder Park.

After they fix the gears, the park starts back up and the chimpanzombies turn back into toy chimpanzees. After the park is open, June goes straight home.

At her house, she takes Wonder Park out of storage and puts it back together. As she does, her friends help he build it so that it is bigger than ever. As she is building it, however, someone comes to her house and knocks on the door. When she opens it, she sees her mom, who has finally got over her sickness! June couldn’t be more happy, and now, June and her mom work together making Wonder Park better than ever.