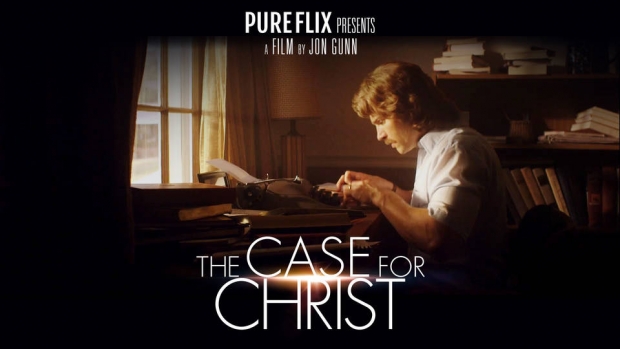 “What happened next changed me forever…”

Lee Strobel thought that he had the perfect life. He had a high position at the Chicago Tribune and was married. He has one child and was expecting another. Everything was going great, until one night…

One night when Lee and his family went out for dinner, his daughter almost choked to death, had it not been for a Christian nurse who happened to be there. Lee is thankful for the nurse saving his daughter’s life, but his wife, Leslie, is interested in the nurse’s religion.

The nurse told Leslie that God had called her to be at that restaurant that night. This bothered Leslie, so she had to find out more. She went back to see the nurse multiple times, and then she became a Christian.

When Leslie told Lee about her religion, Lee was furious. He was an atheist. He believes in what he says. Multiple times he tries to stop this religion in his wife, but it doesn’t work. So, instead of pushing his wife, he goes on a journey to disprove the Bible, starting with the Crucifixion and Resurrection of Jesus Christ.

This movie shows the power of forgiveness as well as the promise of second chances. Lee Strobel learns all of these lessons. He learns that he may not always be right. We also hear a lot of truths from the gospels that need to be heard by people today.

In the movie, Lee almost considers divorce with his wife, he says that if her religion kept up, he would. His wife, however, stays with her husband and does not leave him.

We see very little blood in this movie. We also see a Crucifixion image, but it is not that intense. This is all we see for violent content.

Leslie and Lee kiss a couple times. Nothing out of the ordinary here, since this is Christian movie.

Lee is seen drinking in a couple scenes. In one scene, there are a lot of cans on the ground, indicating he drunk a lot. He acts very drunk in this scene.

This movie is a great Christian movie. It is a great portrayal that anyone can change their beliefs. We all can get a second chance. We also are shown that sometimes we can be wrong. I love this movie, and if you do I suggest that you read the book The Case for Christ written by Lee Strobel. I hope you enjoy the movie.