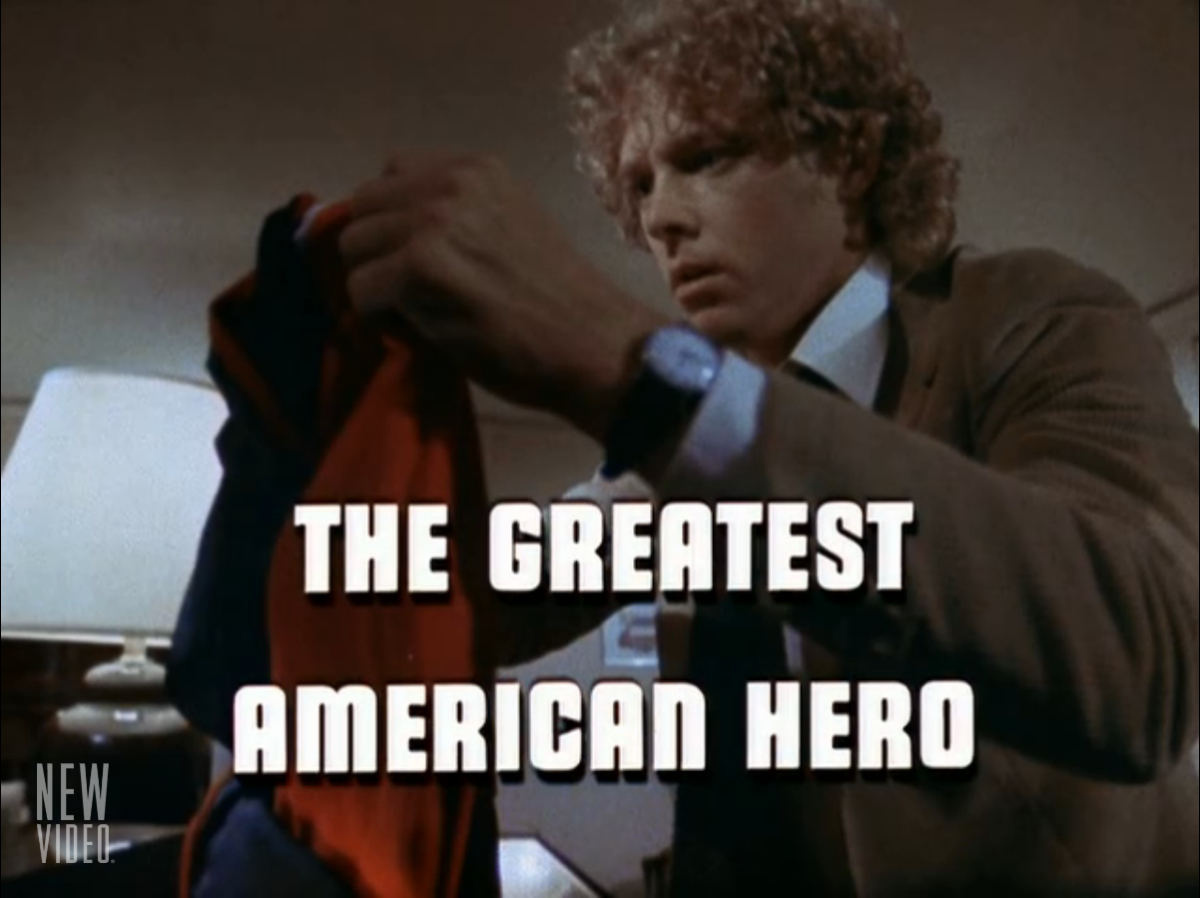 Ralph is your average American man. He has a job at a school with which he works with the kids that are mischievous and always getting in trouble. Ralph’s girlfriend is an attorney, and they plan on getting married soon. Everything was going great for Ralph, until one night when he is trapped in his car and then driven to the countryside.

Confused, Ralph gets out of the car and is confronted by aliens who give him a special super suit. He is given the mission to work with a FBI agent named Bill Maxwell to help make the world a better place to live. He also is told to not lose an instruction booklet that tells him how to use the suit, but, unfortunately, he loses it. Now Ralph has to learn how to use the suit by himself, while trying to save the world…

Ralph is a good guy. He likes to help those who are hurt. He tries to always do the right thing, but sometimes he does the wrong thing and has to learn a lesson. Ralph never kills anyone, neither does Bill, usually.

Ralph and Bill can get angry at each other, and sometimes they have a fight, but they usually fix the problem between them.

A lot of times Bill cracks some hilarious jokes that are guaranteed to get you laugh.

Both Ralph and Bill only fight for what is good. Mostly, as you will see in the Rotten Apples, there is not a lot wrong with this TV show, making it appropriate for teens and adults.

The content in this show is never that violent. Some guns are seen and some people are killed, but you never see much blood. In most cases, if someone gets killed, they are killed off-screen. We see many gun fights, and Bill and Ralph do take their share of bullets, but it is not that violent.

Ralph is also seen throwing people or punching them, but he never kills anyone.

A couple episodes may be scarier for some youngsters, especially with aliens and other sorts of monsters, but it is almost all animated.

This TV show doesn’t have a lot of sexual content. On occasion you may see woman dressed inappropriately, but that is a rare occasion. Some unmarried people are seen kissing (they are seen getting married later on). Nothing else worth mentioning here.

Sometimes we see Bill and Ralph at a bar. On an occasion they are also seen drinking, but almost never do they act drunk.

We hear the Lord’s name misused in almost every episode, sometimes more than once. “D-m-” is the most heard word. We also hear “h-ck” and “h-ll” a couple of times. Some namecalls are used and some other minor words such as “jeez” is heard.

Together, Ralph and Bill are a great team. They get the job done and make the world a great place. They always want to help the innocent, and don’t want to kill anyone. It is also very funny to watch Ralph try to figure out how the suit works. Bill Maxwell also has some great, hilarious lines as well. All together, this is a great TV show that I highly recommend for teenagers and up.

Thanks to youtube.com for the theme
©Apple Tree Movies