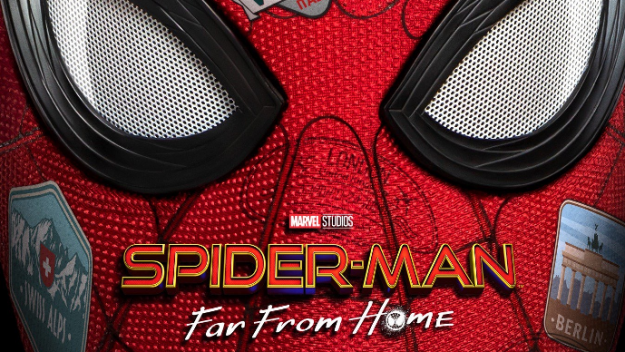 WARNING! AVENGERS: ENDGAME SPOILERS ARE IN THIS MOVIE REVIEW!

“The world needs the next Iron Man!”

In the end of Avengers: Endgame, Tony Stark sacrifices his life by using the infinity gauntlet to snap away all of Thano’s army. After the battle was ended, many wish that Tony Stark was still with them, and wonder what will happen to the world without him.

News of Tony’s sacrifice spread. And now, the whole world mourned for him. After they were done mourning, they began to ask each other, “Who will be the next Iron Man,” or, “Are the Avengers still a thing, what will happen if another threat comes again?”

Many people who know Spider-Man and how Tony trusted him believe that he should step up to the plate. Peter, however, does not believe that he is qualified to take Iron Man’s place. At the same time, Peter has to decide which is more important: trying to start a relationship with MJ, or becoming the next Iron Man.

For now, Peter has just pushed it aside, but when a new threat and hero arises, Peter is called in by Nick Fury to help save the day. Does Spider-Man have what it takes?

Peter is battling an honest battle in this movie. Sure, he would rather hang out with his girlfriend instead of fight dangerous villains, but he still does the right thing, no matter the cost. We see Peter second-guessing himself, but in the end, he will do what he has too. In many battles, Peter is seen saving people’s lives continually.

One group of people want to get revenge on someone, however, this motive is not right, so the movie clearly shows this.

Peter and MJ honestly like each other, but they don’t do anything really stupid, in fact, they take the relationship really slowly. More on that in the Rotten Apples.

Violence in this movie is your typical Marvel violence. Gun shots are fired, yet few people are actually shot (though some are). Other times we see people with blood all over their face. One person is run over by a train. The Elementals, monsters that Spider-Man fights, are all about destruction and destroy almost anything in their path. They also have a horrifying look.

Sex content in this movie is surprisingly low. Peter is told to take off his clothes to try on a new suit in front of a woman. He only takes off his pants when one of his classmates, named Brad, walks in and sees him. Brad thinks he is having sex, but he most definitely is not. Brad takes a picture of him to show MJ, but it is deleted. Mentions of this are spread in the movie by Brad, but teachers believe he took a picture of Peter in the bathroom, and discourage him to continue that lifestyle. Later on Peter takes off his shirt in front of MJ, with the means to get into his suit, and asks MJ to turn around so that he can finish. After MJ turns around, we see nothing more.

In this movie, Ned finds a girlfriend. Ned refers to his girlfriend as a strong and powerful woman. They both call each other “babe” throughout the movie. One guy is punched below his waist, and he grasps the area.

There is a little bit of drug content in this movie. Mysterio tells Spider-Man that they should get a drink, when Peter replies, “I’m not 21!” This was a good response, and should be in the Ripe Apples. In the bar, we see Mysterio drinking and alcoholic drink, while Peter has lemonade. Another teenager tries to fool a woman into letting him have a drink, even though he is underage, and he is caught.

The language in this movie is pretty normal for a Marvel movie. We hear beep on a television, and one person tells the other that their is no swearing allowed. We hear 4 uses of “a–” and 2 uses of “sh–“. We also hear 2 “d-m-.” The Lord’s name is misused about 5 times. One middle finger swear is used. In the first post credit scene, we hear an incomplete F word.

Peter Parker didn’t choose to be a superhero. He wasn’t able to control whether or not the spider bit him. In the Tobey Maguire series, Peter is told with great power comes great responsibility. Ultimately, it was Peter’s choice to fight crime, and he chose that path. While that was the right choice, it does stop him from being a regular person, but, the truth is no person is regular or normal. Everyone has talents or skills that makes them special. If we use those abilities, then we all can make the world a better place.

I hope you consider to watch this movie. Though it has some problems, the lesson taught is one that is somewhat pure. I very much enjoyed the movie. If you liked it, let us know your favorite part in the comments section.