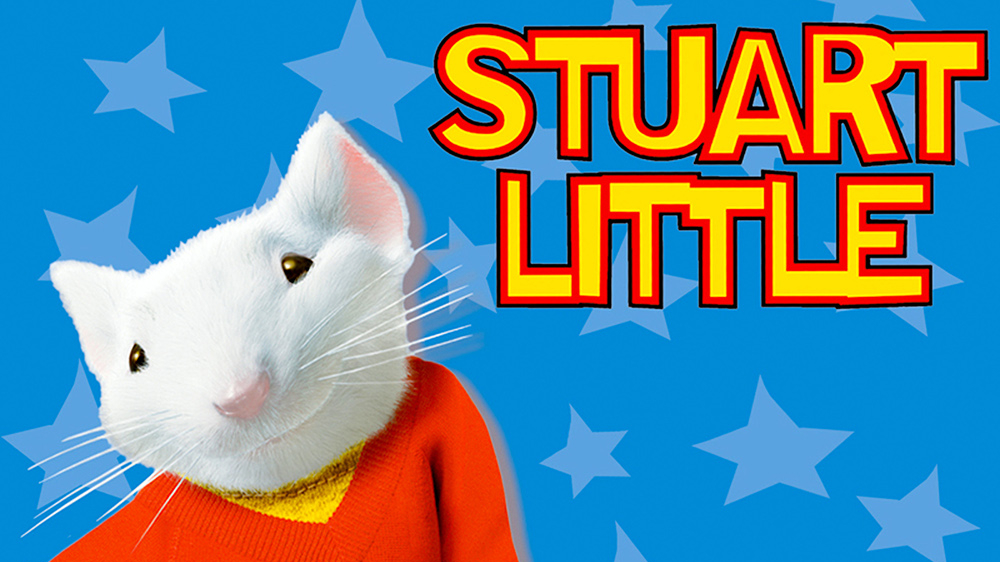 Stuart Little is a mouse who lost both his parents at a young age, and now he is in an orphanage. He has lived there for a long time and watched many kids find families, but then a couple comes to the orphanage unsure of who they want to adopt, but when they meet Stuart, they think he will be a good fit. But will Stuart fit into a human family, or will he have to go back to the orphanage?

Stuart Little is very excited about his new family. He quickly becomes familiar with the area. He also wants to make sure he pulls his own weight. He tries to be a good brother and son. However, his brother is not excited about his parent’s choice. Both Mr. and Mrs. Little try to make Stuart feel at home, just as ordinary parents would.

Eventually, Stuart’s brother accepts him into the family, and begins to play with him. The entire family shows love for each other. This movie is a great comedy and keeps kid’s attention very well.

There is no drug or sexual content in this movie.

One cat gets jealous of Stuart, and therefore he tries to hurt Stuart, but near the end he realizes he was wrong and begins to help Stuart. Also, one pair of mouses are caught lying.

We hear cats threaten to scratch other animals, yet this never happens. We hear Stuart’s brother say he isn’t wearing his lucky underwear. His dad’s response is that he doesn’t have any.

Stuart Little is a great movie for little kids. It has very little negative content and a great plot. I love watching the hilarious things that happen to Stuart. I hope that you consider watching this movie. It will have you laughing out loud. Leave us a comment of what you thought about the movie.