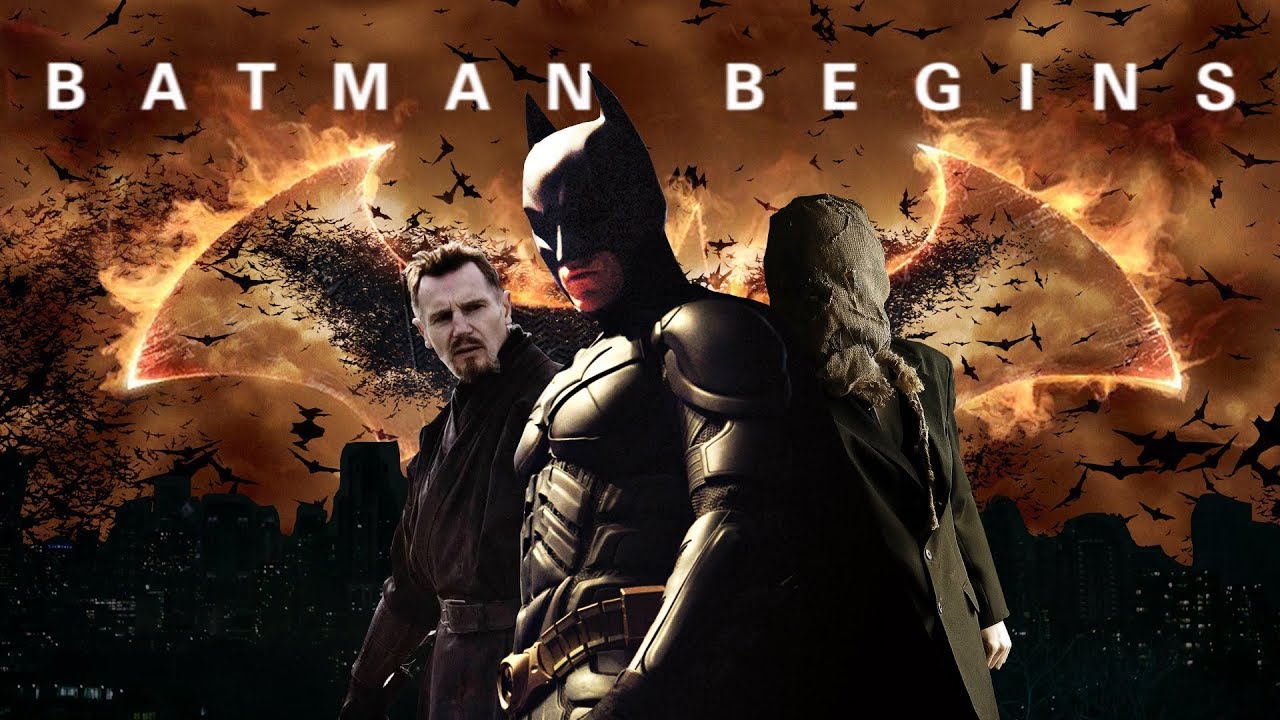 After witnessing the sudden death of his two parents, Bruce Wayne feels lost in life. He feels that it was his fault that they died, and he wished he could bring them back. However, Bruce also wants revenge on the killer of his parents. Before Bruce can get his revenge, however, his enemy is already killed. Since then, Bruce went to learn more about the criminal ways by becoming one of them, until he meets a man who is interested in his ability. This man offers Bruce a chance to become something more. He offers him the opportunity to join the League of Shadows. Bruce accepts, but once he learns the league’s goals, he runs away. Bruce Wayne now knows the true meaning of justice, and he is going to do everything he can to protect the good people of Gotham City and bring justice to the criminal underworld. He can’t do this as Bruce Wayne, however, he must do it as someone else. From that moment on, Bruce Wayne, the billionaire, has a alter ego, The Batman, Gotham’s defender from evil.

Batman is seen saving many people’s lives. He doesn’t care about what happens to himself, he only cares what happens to the people of Gotham City. When given the opportunity to kill someone, he does not take it. He doesn’t believe it is right to kill.

Bruce Wayne’s butler, Alfred, knows what Bruce has gone through and is always their for him. Twice, Alfred says he will never give up on him.

There is some violent content in this movie. We often see fist fights and we also see a couple sword fights. In both of these, there is some blood involved. Bruce himself is seen with plenty of wounds of his own. The Scarecrow’s fear gas can make the inhalers see some scary hallucinations. Some examples are people that breath fire and people with eyes full of fire or blank. Others make Scarecrow’s mask turn into bats or worms.

We see Bruce drink some mysterious drinks a couple of times. In one scene, Bruce acts drunk to make people leave his house. We hear of drugs being smuggled into Gotham City. Some of these are the fear gas toxins, and others are something else.

One person walks up to Bruce in a prison camp and calls him and an angel and himself the devil. Bruce responds before getting into a fight, “No, your just practice.”

Bruce Wayne has chosen a difficult path of life. Not only does he have to protect Gotham City, but he also has to keep his identity a secret. After facing a few enemies, Bruce knows that his path as Batman will make it so he can’t have a normal life, but it is necessary for him to protect Gotham from all it’s foes.