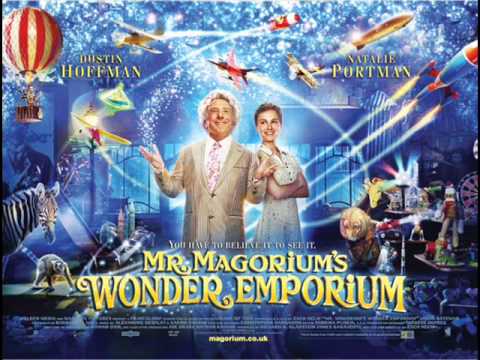 “This store is not an ordinary store, it’s a magical store”

Mr. Magorium’s Wonder Emporium is not just a regular toy store. It is actually a magical store. The toys actually come to life and this toy store is the children’s favorite spot to go. Molly is Mr. Magorium’s assistant, and they love their jobs at the store. However, as Mr. Magorium begins to die, so does the store, and Molly is thrown into a panic when the store’s magic turns sour. Can she get the store back to its former glory?

Molly is very concerned for Mr. Magorium’s health. She constantly is seen checking on him and once brings him to the hospital. Mr. Magorium gives the store to Molly, even though he knows it is not her dream job, he knows she will do a good job with the store.

We also meet an accountant in this film, and he learns that he does not need to always work. He instead learns to have fun sometimes. He also helps another character from making an unwise decision.

The violent content is next to nothing in this film. We see a couple of toys spin out of control, but nobody really gets hurt. No blood is seen in this movie. One character is told that another character is dead.

The store is made of some mysterious magic. This magic is not some force that people worship, but it is treated as some kind of force that controls the store.

One time an older man gets changed behind a wall, but we see nothing. Other than that, there is no sexual content worth pointing out.

We don’t hear really any language in this movie, but the accountant is called a mutant a couple of times.

Mr. Magorium’s Wonder Emporium is a great film for those looking for films with a lot of hilarious scenes as well as some important scenes. This film may have magic, but most of the magic is not like that which you are used to. I am glad that this movie kept a lot of language out of it. I hope that you choose to watch this movie. Please let me know what you think about it in the comments.