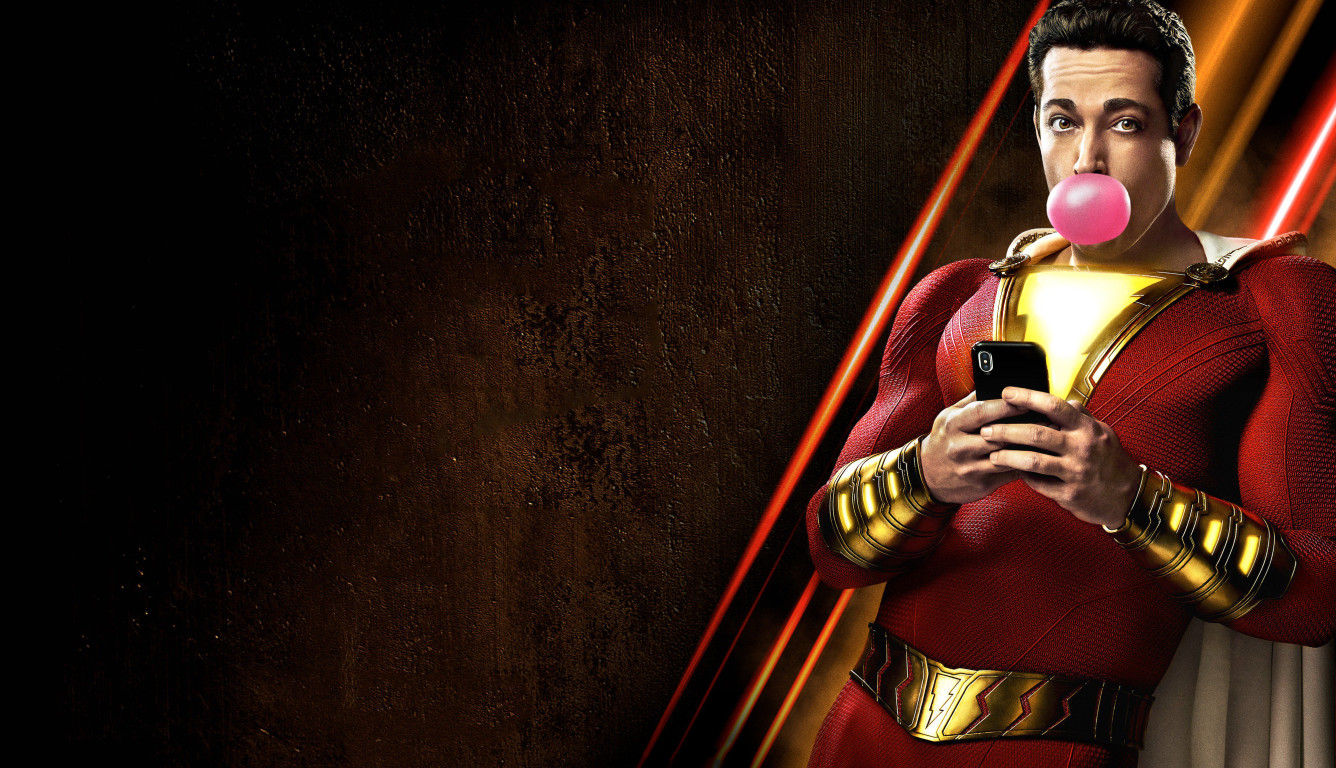 Billy Batson had a dark past. He was left on his own by his parents at a very young age. He ran from every foster home that they sent him to, because he was searching for his parents. However, he finally came to a new foster home that actually cares about him. That’s when Billy is summoned to become a new superhero who must protect the world from the 7 deadly sins. Billy doesn’t know how to use his powers, but when he does learn how to use them, will he use them for good, or will he just use them for himself?

Billy doesn’t think he is worthy of Shazam’s powers in the beginning, but that all changes. The Rotten Apples section has a lot on what Billy does with his powers, and some of it is wrong.

Eventually, however, Billy learns his purpose and starts to fight the bad guy and the sins. Billy learns from his mistakes and therefore, he becomes a better person.

Billy’s foster family stays with him in his darkest hour, and they want to help him. They don’t give up on him, no matter what. Billy’s family is also seen praying every meal, and they are a great encouragement to each other.

Shazam’s enemies, the seven sins, are very scary looking. They look like A Quiet Place monsters, but just a little bit darker. They are seen attacking people and throwing them out the window. One chomps a person’s head off. Others are seen pouncing on people.

Other fights include fist fights and blood. However, the fights without the sins, are much less violent. One person is disintegrated, and another turns to dust. The sin monsters constantly persuade evil.

Shazam is supposingly a wizard that keeps the 7 sins at bay. This belief system is spread multiple times. The movie portrays the sins as evil, but their fall is the wizards protect the world. This is wrong and you should know the truth before watching this movie.

Shazam uses his adult appearance, he goes to a night club, and this scene gets very inappropriate. Though we don’t see much, we do hear Billy’s brother ask him a question about the experience. I would advice skipping this part since it is obvious where it is. Billy’s brother is roughed up by some bullies, and they rip his underwear, which is thrown at Billy. Later, the bullies are given the same treatment.

One character states a weird fact that people used to clean their teeth with their urine.

Shazam also uses his adult appearance, so that he and his brother, both who are underage, can go and purchase beer. However, after tasting it, the two spit it out and say that it tastes like vomit. They then purchase some chips and other snacks.

The language in this movie is extensive. The Lord’s name is misused about 10 times. We hear name calls such as “a–h-le,” “sh–h-l-,” and “do-c-b-g.” We also hear jeez and other minor words. “H-ll” is also heard about 5 times. One Santa actor is interviewed after a fight, and he is constantly heard saying f words, but they are beeped.

I heard that this movie was funny, and it was. There were plenty of parts in this movie that were hilarious. However, the violence is sickening, and it can be scary to certain viewers. The sexual content was uncalled for as well. The spiritual content is sketchy and some family’s may find it offending their beliefs. And I didn’t even mention the drug or language content. In short, this movie has earned it’s PG-13 rating. Though I enjoyed this movie, I hope you understand all that is in this movie before watching it.