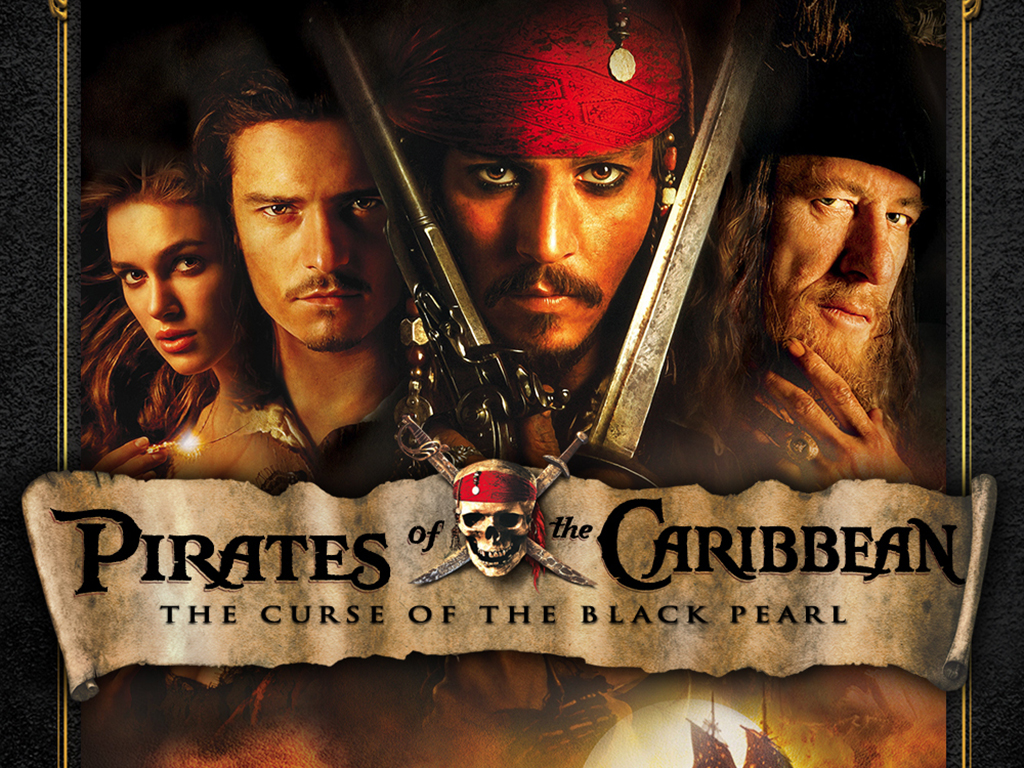 Captain Jack Sparrow is a legendary pirate who is know to have been the captain of the ship known as the Black Pearl. However, the crew commited a mutiny against him and then found a treasure which cursed the crew. Now, the evil crew must find all the gold they stole and sacrifice the blood of an old friend in order to break the curse. They choose to kidnap the daughter of the governor, Elizabeth. It’s up to Captain Jack Sparrow and William Turner to stop the evil pirates and save the governor’s daughter. Can they do it, and will the curse be lifted?

Let’s start with Will Turner. Will is a young blacksmith who does his work diligently. He is a humble, honest man willing to lay down his life for the woman of his dreams. He almost does this once. He also is not that proud, and does most of what Jack asks for him to do. Will know what he has to do, no matter the cost.

Jack Sparrow is a pirate, which means that he does lie, cheat, and steal. However, the character is not like Captain Blackbeard, he is a pirate who likes to crack jokes throughout all he does. He also knows what is right and what is wrong, though he always plays the cards in his favor.

There are many sword fights and many people are cut or stabbed. One person in shot and you see blood. We also see many skeleton people that are alive. They may look scary to some people. These skeletons may get blown to bits, but this does not kill them. One guy’s eyeball keeps falling out and in one scene gets a fork stuck in his eye. We also see dead skeletons as well.

We see a couple scenes in which two men are eating and talking with each other. Some may see these scenes as possibly gay, though there is no direct references. Elizabeth’s corset gets ripped off in one scene, but nothing inappropriate is seen. An unmarried couple kisses.

The curse of the Black Pearl has to do with Aztec gold that heathen gods put on their gold that whoever touches it will become immortal and be cursed. This is exactly what happened to the evil crew.

We see Jack and Elizabeth drinking rum and dancing. Jack is obviously very drunk and he starts to talk to Elizabeth in an inappropriate way. Elizabeth says, “I don’t think I have had enough rum to be talked to like that.” Later, Jack loses his rum and gets upset.

We hear words such as “h-ll,” “a–,” “d-m-,” and words like that. We hear the Lord’s name misused a few times. “Scallywag” is also used. The language is moderate compared to a Marvel movie, but their still is quite a little bit of language.

This movie was very exciting. Captain Jack Sparrow was an especially funny character. Thought the story-line had some heathen relations, it still was an interesting story-line, However I would be careful when watching this film if you are easily frightened. It does have some scary scenes. Let me know what you think of the film in the comments below.