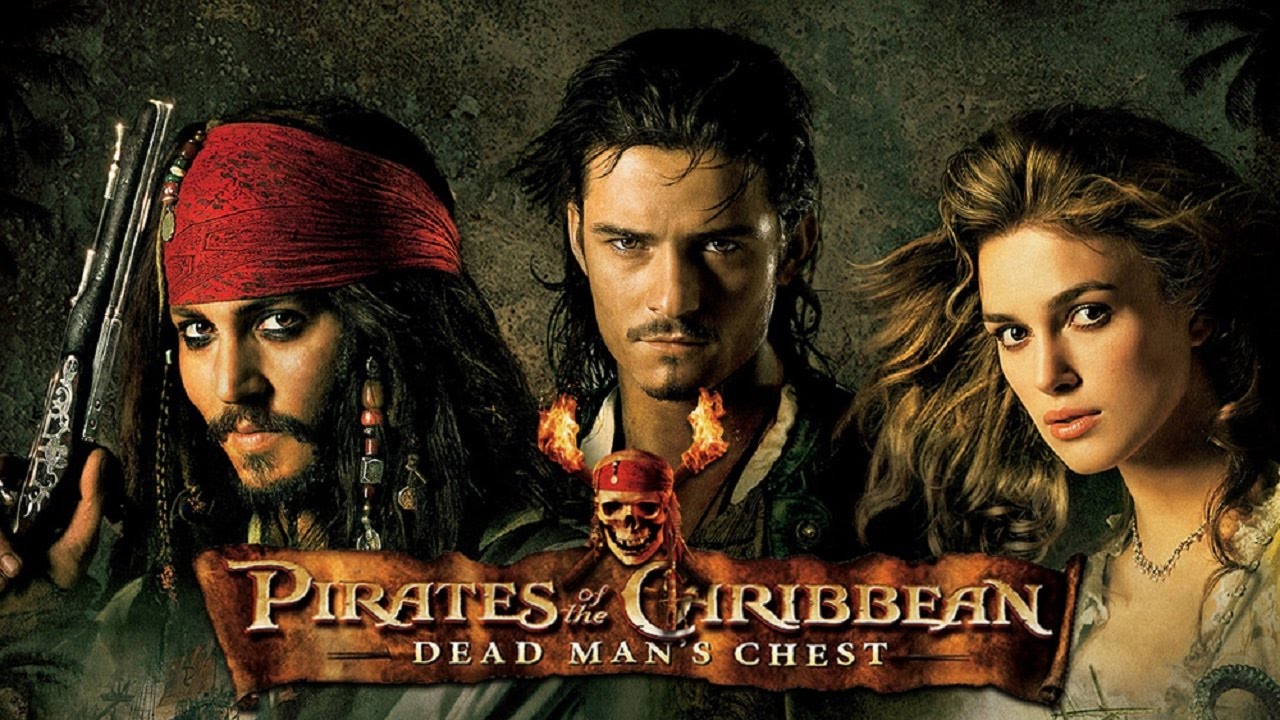 “How much do you know about Davy Jones?”

Captain Jack Sparrow is back in the second film of the Pirates of the Caribbean. This time, however, Jack is indebted to a horrible pirate by the name of Davy Jones. Jack will become the evil captain’s slave if he can’t find the heart of Davy Jones within three days. However, the heart is coveted by many people, and all for their own reasons, but which one will get to it first?

In this film we meet Bootstrap Bill, William Turner’s father. Bootstrap Bill is seen constantly trying to help his son when they are trapped by Davy Jones. Bootstrap sacrificed a lot for his son, and Will won’t rest until he saves his father from being a slave forever. Captain Jack Sparrow also sacrifices something to help the others.

Will and Elizabeth were to get married at the beginning of the film, but they didn’t but Will is desperate to save Elizabeth from her fate. However, Elizabeth does flirt and even kiss Jack Sparrow behind Will’s back, making him jealous.

Davy Jones questions survivors of a ship he destroyed if they would cheat death and join him, or just die. One man is holding a cross and when he is asked which it will be, he refuses to work for Davy Jones and says, “I’ll take my chances.” He is then killed, but this faith in outstanding, since most of the others joined Davy Jones.

In the beginning we see many skeletons and people who are left in cages to be eaten by ravens. One raven pecks someone’s eye out. We also see the pirate with a wooden eye lose his eye in a seen. There are quite a lot of sword fights and some guns shot, but only the bad guys ever get hurt. One slave of Davy Jones gets his organs busted open.

Davy Jones’ heart is locked in a chest and when they open it, they find the actual heart, it is pumping and can be quite and ugly sight for those who don’t like looking at that stuff. Legend tells that Davy carved it out of his chest himself.

An Indian tribe sees Jack as a god, so they try to remove his fleshy body by sacrificing him. This doesn’t fall through, thankfully. We also see a man, who is unable to read, reading the Bible, and he claims, “You get credit for reading it.”

Elizabeth sneaks onto a ship to find Will, and she quickly changes to look like a sailor. However, other sailors find her dress and tell them to search the place. The captain says, “she’s probably naked.” Jack and Will go to find an old friend, who happens to have been in a relationship with Jack Sparrow. She meets Will and asks him if he wanted to know her. Jack stops this mess and asks, “I thought I was the only one who knew you?”

We see many pirates drink rum and even smoke. These pirates will sometimes act drunk. Captain Jack Sparrow is always asking if someone has rum.

We hear a little bit of language in this film. 2 uses of “a–” are heard, but 1 is combined with rat. The Lord’s name is misused 3 times. We hear 1 use of bloody. The rest is mostly pirate talk, such as scallywags and landlubbers.

This film took me by surprise at the end. The story is excellent and I look forward to watching the next. However, there are a few things in this movie that were unnecessary. Though Jack Sparrow is always out for himself, William Turner is out for others, and I believe that is the correct mindset. I hope you enjoy this film. Please rate and comment on it and this review below!