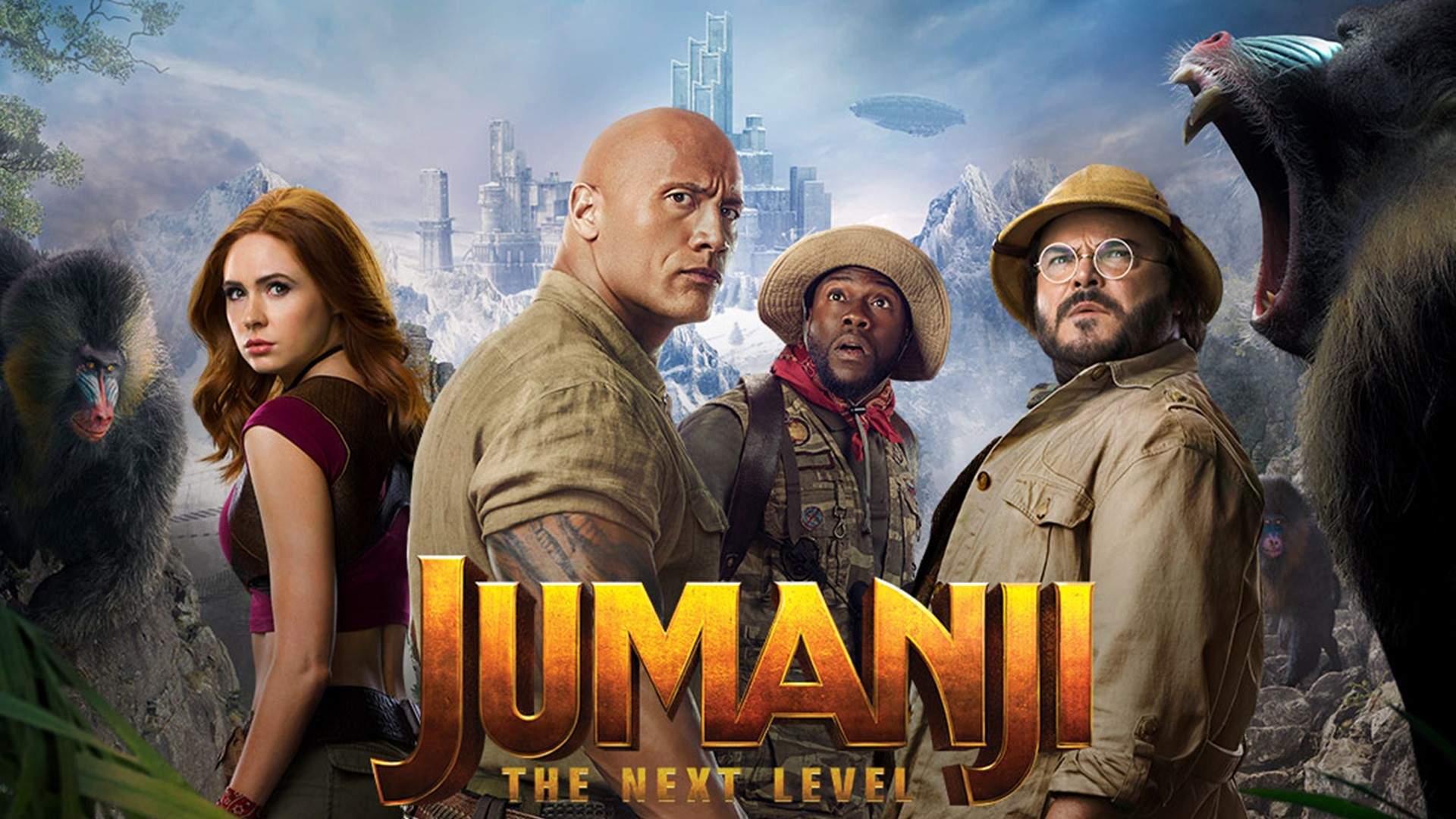 “I thought we agreed to never come back here!”

After the Jumanji: Welcome to the Jungle, the team had agreed to never go back there, but the team still met regularly and kept up. That is, except for Spencer, who felt insecure and worthless ever since he left the body of Dr. Bravestone. Spencer, wanting to feel that strong again, goes back into the game, thinking that he can replay the same level, but instead, the game takes him to the next level, which he is going to need all his team to beat. Luckily, they know exactly where he is.

Just like friends are supposed to do, Spencer, Martha, Bethany, Fridge, and Alex work together to get out of the game. They try their best to survive the game, but sometimes they get mad at each other.

In the end, Spencer and Martha get back together even thought they both are afraid but are willing to try again.

Eddie and Milo ran a successful restaurant for 30 years, but when Milo left, that tore a hole in his and Eddie’s relationship. Eddie and Milo both start off this movie hating each other for their own reasons. However, as the game moves on, the two begin to respect each other, and by the end of the movie, they are best friends again.

Eddie also goes through the movie saying that get old “s-cks”, but at the end of the film, Eddie calls getting old a gift. He finally appreciates his age and the experiences he has had.

The violent content in this film is mostly animated. When video game characters die, they just disintegrate. There are some fist fights in this film. A few people are either hurt or killed with knives. We see one huge explosion. The animals in Jumanji are human-hungry, so we see a few of the characters get either eaten by or just killed by the creatures. Among these animals are ostriches, snakes, and madrills.

Ruby Roundhouse is one main character that has sexual content. She has a outfit that you can see her stomach. In one scene, Fridge occupies the body, and he says, “b–bs.” We also see men occupy women character’s bodies and vice versa. One person is a horse, and one character comments, “You should see your big,” and then the scene ends. We also hear about how Martha and Spencer took a break, but they get back together and kiss a few times. One character pretends to be character that removed his “b-lls” and lives with that them and this conversation goes on for a few minutes. They claim they are still with him spiritually.

The jewel that the team seeks seems to be somewhat spiritual, because it controls the life on Jumanji. The team must get this jewel, however, to leave the game.

Fridge complains in one scene and says, “This is why I don’t hang out with white people.”

I liked Jumanji: The Next Level, but there are a few things that I wished were not included in the film. The language for one was too much. Some of the sexual content is also inappropriate. However, I liked the story overall. I can’t wait to see if they make another. I hope this review helps. If it does, please leave us a comment and rate it.