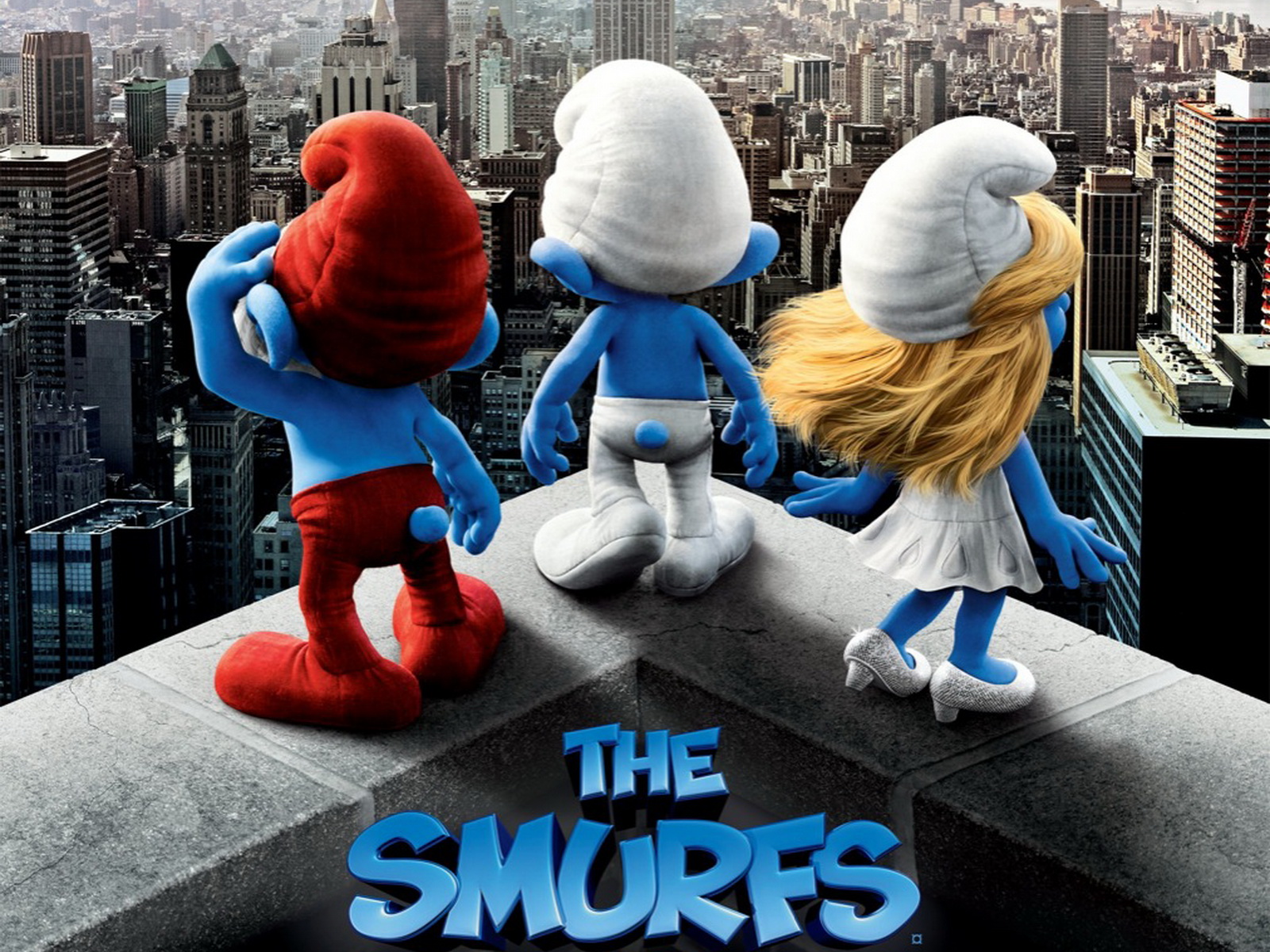 The Smurfs are magical blue people who live in Magical Forest. They are all one family and enjoy helping each other out. There is only one thing that threatens them from living their lives in harmony. This is Gargamel, a stupid, yet powerful wizard who wants the Smurfs to make his powers more dangerous. After Gargamel finds the Smurfs however, they quickly are swiped into a portal to our world, where they must try to survive and find a way back home. Will the Smurfs ever make it back home?

Papa Smurf takes his job as a papa very seriously. Multiple times we see him protecting his family from Gargamel. He also sacrifices himself for them, but the other smurfs believe that no smurf should be left behind.

Patrick learns the importance of his family and the time he can spend with them. Sometimes his job gets in the way, but he learns that if he doesn’t pay attention to the present, he is going to miss it.

One smurf learns that he can be whatever he wants to be, not just what people tell him he has to be.

The violence in this movie is at a minimum. We see no blood, but we hear explosions and see some chase scenes. Magic beams are shot around a lot, which brings me to a spiritual issue.

Gargamel’s magic and Papa’s visions are some issues that some families may not consider. This movie seems to teach that magic is real. We may not want our kids being taught this, so think carefully before letting your children watch the many forms of magic.

We hear a lot of potty jokes about butts and the life. One person pees in a bucket. We see one couple kiss. Another elderly woman turns younger thanks to magic. Some women show some cleavage. Smurfette’s dress flies up once (off-screen). In another scene, she is changing into a dress, though we see nothing. We hear that smurfs are brought by storks.

We hear some language in this movie. Most of the words replace the last word with smurf such as “o my smurf” and “what the smurf.” We also hear one use of “eard-mning.” One guy is told to watch his language, even though he said nothing we would understand.

The Smurfs is definitely a funny movie. It is almost guaranteed to make you laugh. However, despite the good lessons seen, magic and potty jokes should make parents consider watching this movie with their children. Some of the content in this movie is not meant for little kids to hear. Other than that, I hope you enjoy The Smurfs.