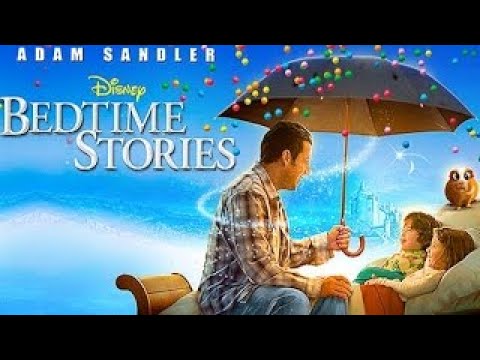 “Waitaminute! You want me to catch on fire?”

Skeeter has worked at his dad’s hotel his entire life. When he was a kid he served as a bellboy, but as an adult he serves as the hotel’s handyman. He considers his life rather normal, but cannot stop dreaming of what could happen.

One day his sister asks him to watch her kids. Skeeter’s agrees to watch the kids. Every night however, he has to tell some bedtime stories. Now as Skeeter tells a story, however, the kids add some interesting, and creative twists to the stories. Skeeter is fine with this, until the bedtime stories he and the kids tell actually come to life the next day.

When Skeeter is asked to watch his nephews, he accepts and puts them in front of his job at the hotel. Time after time again he is seen saving people, both in real life and in the bedtime stories. This movie is very kid-friendly, since there is barely anything wrong with it.

Skeeter doesn’t listen to his sister’s instructions and is seen disobeying them a couple times. However, at the end, his sister explains why she gave Skeeter his orders. Skeeter admits what he did.

We hear that Skeeter’s sister’s husband left her. We see a kiss between a dating couple. We hear a little kid call an older girl hot. We also hear of someone kissing a butt. One man is seen wearing a bra. In one beach scene we see a lot of women in bikinis.

For language, we only hear a little bit of language. The Lord’s name is misused6 times. We also hear 3 “what the h-ck”‘s. 2 “shut up”‘s are also heard. We hear 3 name calls involving butts.

I have been waiting to watch this movie for a couple months now and I just got the chance to see it and it didn’t disappoint. Between the hilarious bedtime stories and the silly endings, this movie has everything. Whether you are into cowboys, astronauts, or even knights, this movie is for you! I hope you consider watching this clever movie!