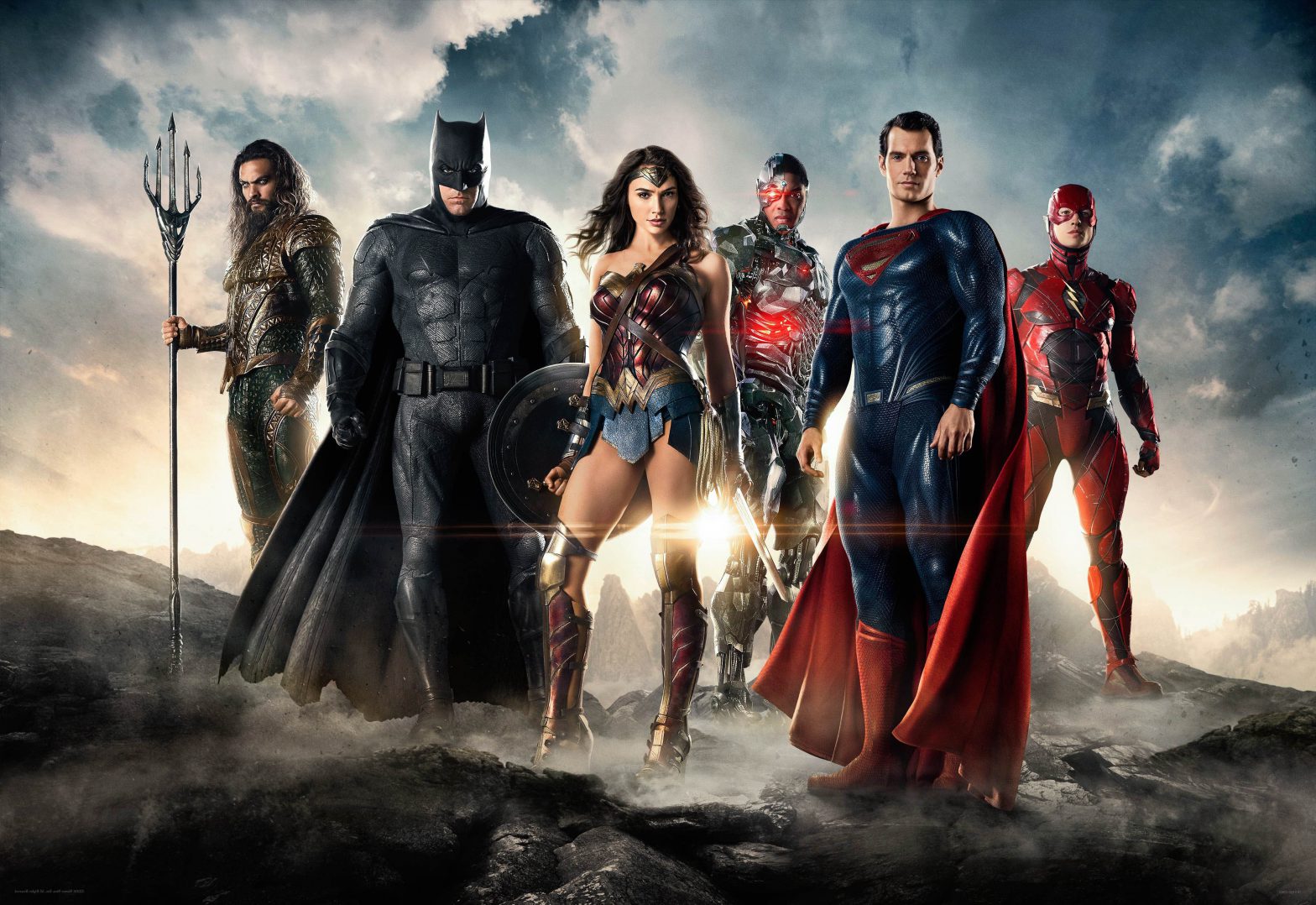 “There not coming Bruce, they are here…”

After Batman V Superman, Superman died. With Superman gone, there are very few heroes that can protect Metropolis and Gotham. Two of these heroes, Batman and Wonder Woman, know that a invasion is coming, lead by the evil Steppenwolf. Steppenwolf wants to get three power cubes and destroy the earth. After hearing that Superman has died, he figures now is his perfect time. So with his parademons at his side, he goes to collect the three cubes. Quickly Batman goes to recruit heroes to help him and Wonder Woman win the battle. Among the heroes recruited are:

The Flash (aka Barry Allen): The Flash was struck by a lightning bolt and has the power of superspeed and the ability to shoot energy.

Aquaman (aka Arthur Curry): Aquaman helps others who ships are wrecked and he helps bring fish to those in need. He is the king of the sea, giving him power over the animals and ocean.

Cyborg (aka Victor Stone): Cyborg was made to keep him alive and he is made of advanced technology that can help him gain access to computers. He also has some unique weapons.

Can these men with Batman and Wonder Woman stop Steppenwolf? We will soon find out.

The Justice League are constantly seen saving lives. Wonder Woman saves an entire crowd near the beginning. Before attacking the villain, Superman understands that civilians go first and he saves them. Also Batman knows that is order to protect the world, he must give up his solo act and work with others. Aquaman takes responsibility and helps stop Steppenwolf. Flash hates bugs we learn, and he also hates murdering, but he does all he can to help.

Batman also makes wrong things right with Superman. Flash also never gives up on his dad( who is in jail) when he tells him to stop seeing him.

The entire movie is based on how Steppenwolf wants to get these 3 magic cubes that will help him take over the earth. This means that they are basically magic. Also, one of the cubes are used to bring Superman back to life. Steppenwolf is seen trying to get the cubes and in the process killing people and turning them into a stonish substance. He and his parademons, basically like vampire-looking people are after the cubes to destroy the world. Also Wonder Woman stops a terrorist attack that is meant to blow up a bunch of people.

Wonder Woman, Aquaman, and one other person are considered gods that have special powers. Even Steppenwolf calls himself a god. But this is not correct. They don’t go much farther than Thor does in the Marvel Universe.

There is a little drinking done by Aquaman and a few others. Once in the movie, Flash falls on Wonder Woman after being hit, and he quickly gets off her.

There is a little bit of language in this movie. I found about 3 uses of sh–, 2 or more Lord’s name, a few d-m- and a few other words. There is also a person on TV that is talking about an accident and uses a lot of language, but that is all beeped out like normal on TV programs. We also here in the beginning of the movie a song that mentions naked men and woman.

I overall liked this movie. It has a lot of action and suspense. I personally am more of an Avengers guy, but this changed my mind about DC. I would recommend this to any action-adventure loving person. This movie has some awesome heroism and the need to work with others. With all that, there is some stuff to consider before watching it. If you would like to watch it, click on one of the links below.