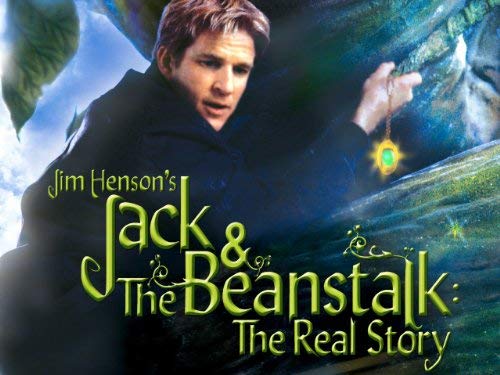 “The beanstalk shot up to the sky, just like it did in the story!”

We all know the story of Jack and the Beanstalk. But we only know the fairy tale version. But what we don’t know is the true story. Jack Robinson, the great great( we won’t go through how many greats) grandson of the Jack that climbed the beanstalk and killed the giant. But our Jack Robinson learns that since his great grandfather Jack betrayed the giants, he would be under a curse. If he doesn’t put a stop to this he is going to die before he turns forty. So, he meets a woman named Ondine who he hopes will help him lift the curse. But the Giants aren’t happy to see another Jack. So Jack has to risk his life to get what the Giants want, or else. Can Jack climb the bean stalk and do it?

This movie has some good lessons. Jack wants to fix his grandfather’s wrongdoings however he can. He goes to the giants and offers to get them back there stuff. Ondine helps Jack because she believes that he can do it.  Jack, even being as rich as he is, learns that the way his family got the money was wrong.  Jack has noble character after he learns about the giant’s belongings. He wants to help Ondine to be able to restore her land. Jack’s butler, shows good loyalty to Jack. The giants, believe it or not, are actually nice, that is, before Jack came to steal from them.

There are some problems with this movie. For starters, the beans are said to be magic. We know that this is not the case. We also hear of a curse called the Robinson Curse. Also, we see Jack be mean to people before he meets the giants. He basically just turns people down and in for only himself. We see him drink champagne as well as get a beer in a bar. We also see him in a casino. There are many people betting and gambling in there. We see some gun shooting and one person axes someone’s head off( but we don’t actually see it, we just hear a shunk!)  There is some other killing. The old Jack steals things that aren’t his.

Jack is lied to and cheated throughout the movie.  Also, we see one woman who is dressed in nightclothes with a older man. There is a reference that one is going to have kids, but nothing inappropriate.

As for language, we hear 4 to 5 of the Lord’s name, 1 cr-p, 1 h-ck and a little more language. But other than these things, I would consider this a good movie for kids.

Overall, this movie was pretty interesting.  I love the plot twists that it has. It definitely changes the story and makes it more exciting.  I think you would enjoy it. I would say that all ages could watch this movie. But it is 3 hours long, so it might need to be watched in parts. Other than that, if you want to watch this movie, click below to buy it. Will Jack be able to lift the curse?