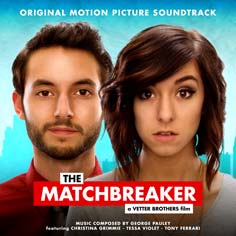 Ethan Cooper had a normal, boring job– until he got caught doing the one thing you shouldn’t be doing… fixing people’s computers for free. 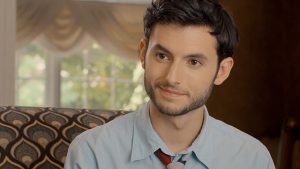 After losing his job, Ethan’s not sure what to do. He goes to get advice from his sister, whom he recently advised to break up with her boyfriend. While there, a mother is looking to buy some flowers, and wonders if Ethan could provide the same service for her daughter– and offers to pay him handsomely.

Ethan is at first reluctant, but then throws himself into the work– buying a dog, learning what makes the girl tick, and then meeting up with her and convincing her that the issues with her significant other are enough to warrant a separation. Seeing that this is pretty easy money, he then gets other jobs with other parents and sets off breaking people’s relationships.

His partner in this business is his sister, which sometimes comes along playing the part of his girlfriend. 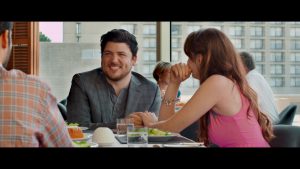 You can almost sense things are going wrong and see the train-wreck here before it happens: 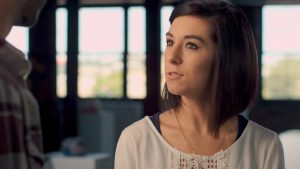 Even with all these red flags, things seem to be going well for Ethan and Emily. She breaks up with the guy, and they start dating. Only now Ethan starts to see that his dream girl does all the things that irritate him. She’s no longer a dream.

She watches movies he doesn’t like, she’s a slob, etc. and now Ethan has to come to grips with the fact that he’s broken other people’s relationships over. At first he figures that he’s going to break it off with Emily, until his sister reminds him that he’s loved Emily all his life, and that these are small things. Then Ethan starts to think about everything he’s done recently. Which leads to the twist.

Betcha Didn’t See That One Coming

Veronica shows up to an engagement party for one of the couples that Ethan had a part in setting up. She reveals everything, as she’s been stalking Ethan ever since Ethan got involved in her relationship. Everyone storms out of the room, doing damage to Ethan along the way. Ethan retreats, thinking over all he’s done. He eventually attempts to apologize to Emily, which only works after Emily finds out he never cashed her mother’s check.

This is the only movie that Christina Grimmie (Emily) ever starred in. She was a YouTube sensation and was performing a concert when someone came to that concert and shot and killed her. The movie came out shortly after that.

It’s a fun movie with a cute premise– the reverse of the guy/girl that sets everyone up– and though you can see the problem coming a mile away, it’s still an enjoyable ride and makes you think about what relationships are and what you can and cannot live with. You’ll consider what makes couples compatible and the role of parental advice/meddling.