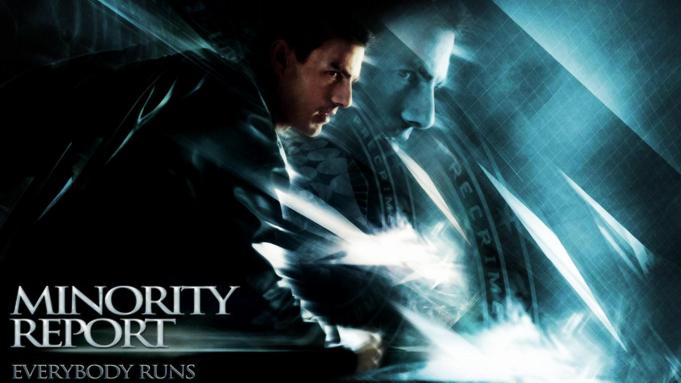 John Anderton is part of the elite crime-fighting force in the future. This squad is named PreCrime. PreCrime’s goal is to predict the future murders of innocent people and who murdered them. The Precogs are the main core of this operating. They are 3 enslaved humans who have the ability of seeing the future. Once they see the future, the information of the victim and murderer are submitted to PreCrime, and John and his troops goes to arrest the murderer. But when the Precogs predict that John Anderton is going to murder Leo Crow, things turn sour. John Anderton knows that he would never kill some innocent person. So, when the PreCrime organization tries to arrest him, he runs. He learns that he needs one of the Precogs in order to prove his innocence. He gets the female Precog and runs away with her to a safe location to interrogate her. When John finds out the Precog says that he is innocent and guilty, he gets confused. John later decides to find out more about “Leo Crow.”

Now, I’m not going to spoil the whole movie for you, but I do want to give you a “heads up” if you will on the negative side.

To start this off, John Anderton takes drugs to relieve the pain after losing his child. He also divorced his wife after it. There are about 2 or 3 “A” words, and there are about 2-3 “S” words. The Lord’s name is used a half a dozen times. There are 2 f-bombs in this movie, one yelled by John at someone, and one used as a gay reference. There are two sex scenes, one is very moderate (nothing shown at all), and one we can see the girl’s bare back as well as the man’s. But nothing critical is shown. There is an instance where (on a film) John’s wife tries to get him to put away the camera so they can go on their bed. Also, There is also a girl who lays in bed on purpose with a different person rather than her husband. There is violent content including stabbing with scissors, drowning, screaming, and gun shots. John learns that people have a choice to make before they murder someone, whether to do it or not. PreCrime arrests them before they make that choice. An old lady is seen smoking.

I recommend this movie for over 13 years of age. If you like any of Tom Cruise’s movies, this one is for you.

Thanks to youtube.com for the theme
©Apple Tree Movies

See all posts by johnnyappleseed072