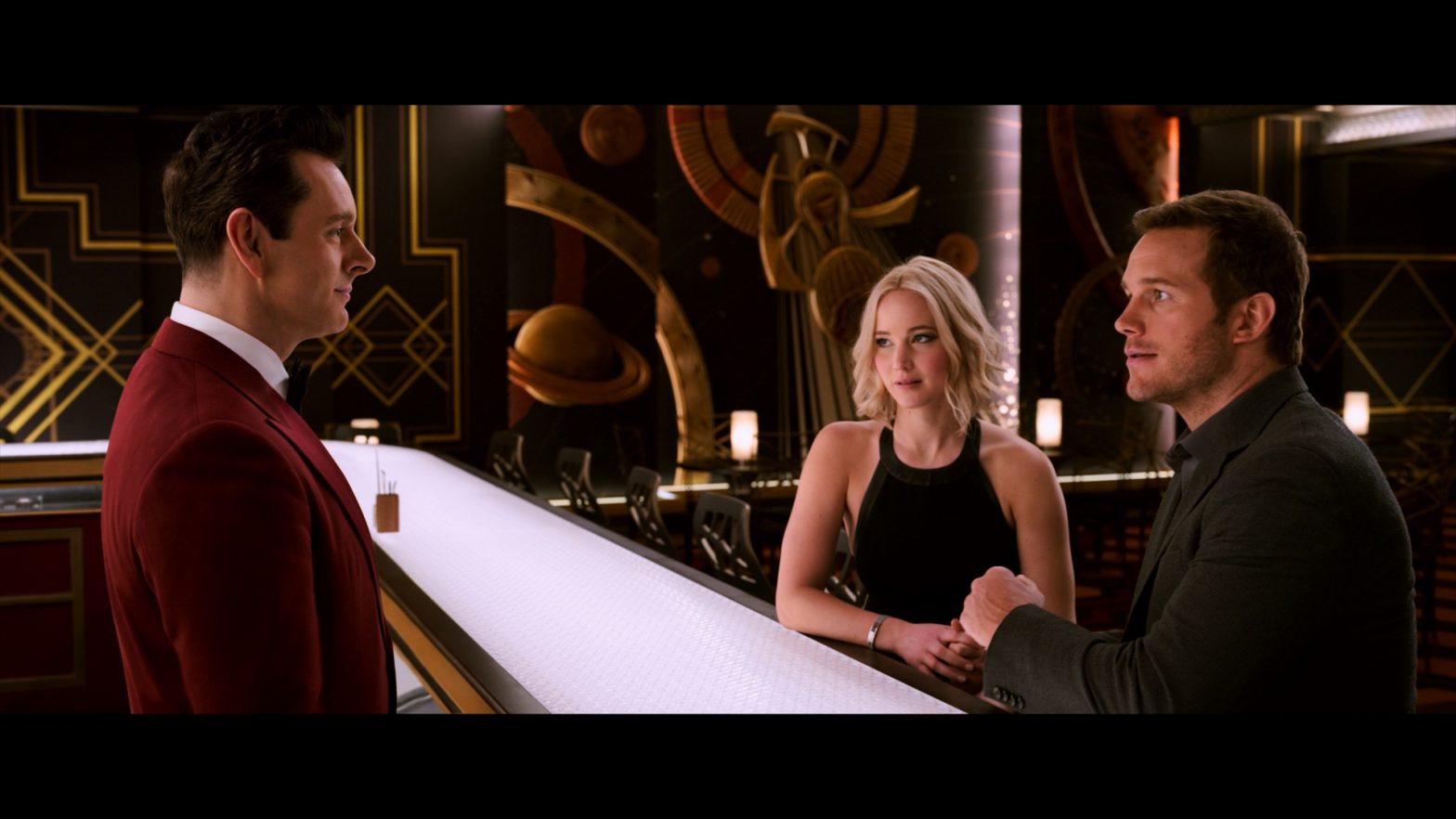 Far in the future, a cosmic incident causes a sleeping pod to wake up one individual. He wanders the ship before realizing that he’s the only one awake. After a year, he comes to a crossroads– does he wake up the girl that he just found asleep that he’s attracted to, or let her sleep?

This movie reminds me a lot of Disney’s Rocketman, except without all the gags. The classic setup is that everyone goes into suspended animation, but something malfunctions for one person. That person has to deal with being all alone in space. In the case of Passengers, after a year of doing everything he can on the station, including almost committing suicide. He stumbles upon a writer, and he reads her work and falls for her– so now he’s conflicted about whether to wake her or not.

Obviously, it wouldn’t be a movie if he didn’t, so he wakes her, but does not tell her that he did it. They fall in love, and everything is great until she finds out that he woke her up, and it’s not until there’s a ship-wide emergency that she will have to decide what she feels for him.

Immediately after watching this movie I came up with “better” endings (Spoilers):

There is a lot of things that will shock younger viewers, the attire is rather revealing– we see the guy from behind without any clothing on. Sex scenes are shown and implied.