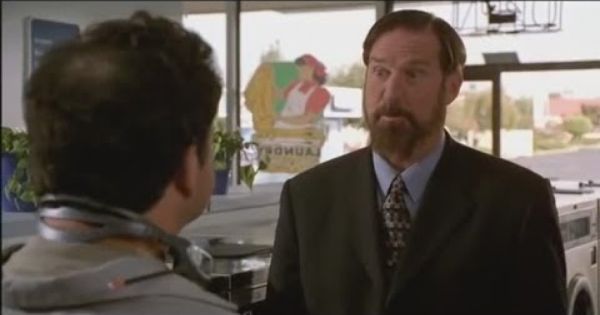 Convinced that he can make the world better by emphasizing, Bible professor Russell Carlisle steps inside a quantum accelerator and vanishes… Or something like that.

Dr. Carlisle has written a book in 1890, suggesting that obeying the teachings of Christ would make the world a better place. A colleague of his believes that this is the wrong tact. In order to help prove his point, he sends Dr. Carlisle into the future to see the outworking of his philosophy– which just so happens to be our world circa 1990. Carlisle sees everything around him “for the first time” and some people become suspicious of him. No one seems to want to hear his message. Just as he is about to be caught by some church going people who question who he is, he is zapped back to his own time.

The movie is dated in production quality, in that it was made in the 90s, but the concept holds firm and it does make you think about how you are going about telling the truths of the Bible.
To buy this movie, please click on one of the links below:
DVD: