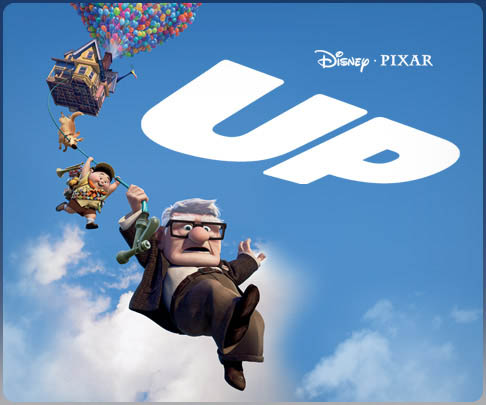 This movie is based on the life of Carl Fredrickson. In the beginning of his life, he is a kid that wants to be an explorer, just like his hero Charles Muntz. But one day when on his way home, his life is changed forever. He meets a girl named Ellie who lets him join her adventure club, and eventually, they are married. They live a lovely little life together until the unexpected happens to Ellie.

Now the lonely Mr. Fredrickson has to live by himself in his house that is wanted to be bought. One thing that constantly nags Carl is that he broke his promise to Ellie. He promised her that they would live in Paradise falls when they were kids. Feeling guilty, Carl sets off to Paradise Falls. In a plane, a boat, a train, no, he goes to Paradise Falls by flying his house with balloons! Will he make it?

Carl is mostly a grump. He is usually just demanding people to leave him alone. Everyone that comes to his door he shews off. That is all true until he meets Russell.

Russell is a Wilderness Explorer who wants to help the elderly. HE tries to do his best to help Carl and respects him. When Russell accidentally ends up going with Carl to Paradise falls, Carl feels responsible for him and has to keep an eye on him.

At the end of the movie, Carl’s attitude changes and he begins to be nice to people. This all said, It is a very kid-friendly movie.

This movie is rated G, so this section will be very short. In the beginning, Carl hits somebody when he is angry and is sent to court over it. The court finds him guilty. We see one couple have a sword fight and at one time Russell is being shot at.

As I said, Carl is a grump and is mean to people. He is seen lying to one person. Carl talks to his picture of his wife as if it was her. It is obvious that he misses her, but that is normal.

As for language we only hear 2 uses of the word “d-r.”

This movie is definitely a classic. I enjoy the lessons taught here as well as the jokes that make the entire family happen. Ok, it is a known fact that a house can’t fly, but come on, it is still hilarious. I think that this is a great movie for all ages. Will Mr. Fredrickson be able to get his house to Paradise Falls?