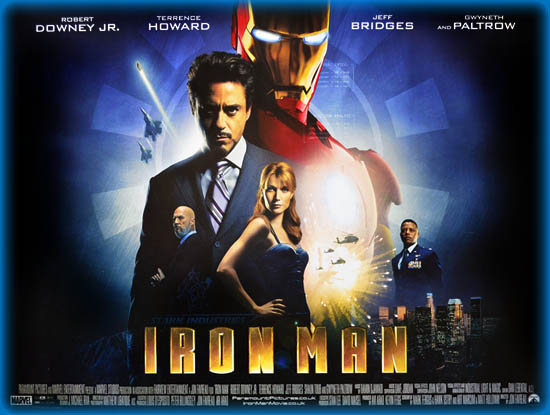 Iron Man, the movie that started the entire Marvel Universe, from Captain America to Thor. Tony is a millionaire weapons designer. He is proud of his work and doesn’t think about how much harm his technology is doing. This all changes when he is kidnapped by some terrorists that have stolen his tech and are using them on innocent people. The terrorists want Tony to build a Jericho missile, which would cause mass destruction. Tony refuses to do it and then comes up with a plan. Instead of building the missile, he builds what we now know as Mark 1 of the Iron Man armors.

Tony Stark feels really bad after watching the damage that his machines have been causing. He wants to fix his mistakes by destroying all of the weapons that are in the wrong hands. To survive the enemy’s bullets, he builds an armored suit with weapons to help him take down the bad guys. 1 man sacrifices his life in this movie.

Pepper, Tony’s assistant, helps him get the information that he needs. She is loyal to her boss and is polite, even when Tony isn’t.

Tony is VERY proud in the beginning of this movie, but through the movie, he begins to become more humble, realizing what his machines have been doing.

Being a Marvel movie, there is some things to note. We see lots of explosions as well as people being shot (most of them are off screen). There is a lot of blood scene, especially on Tony when he is in the cave. Also, a device is held by two people that make their veins pop out and they freeze, this may be scary for little eyes.

There is a very intense sexual scene in this movie near the beginning. Tony and a woman are having sex and fall off the bed. In the morning, Tony is gone and the woman lies there (obviously naked) with only a sheet to cover her. We also see Rhodes and Stark in a plane drunk, and the plane attendants pull up their shirts and are obviously drunk. There are other times that people drink as well.

Tony is shirtless in many scenes. Pepper also wears revealing dresses(one reveals her entire back). Pepper and Tony have a talk while dancing and Pepper says she forgot to put deodorant on. They try to kiss in one scene, but are unsuccessful.

There is a talk of someone going to heaven to be with his family as he is dying, This is a tricky rotten apple, because he believes he is going to heaven.

Iron Man definitely has a lot of action and lessons of self-sacrifice. It also tells us that we shouldn’t be proud. Though these are good, the rotten apples are plentiful in this movie. Between the sexual content and the rough language alone, it earns it’s PG-13 rating. And that’s not including the drinking content. So before you watch this movie, understand what you are watching and be careful about what ages are seeing it, even if their favorite Avenger is Iron Man.

Note: James Rhodes is played by a different actor in this movie. In Civil War and Infinity War, he is played by Don Cheadle.