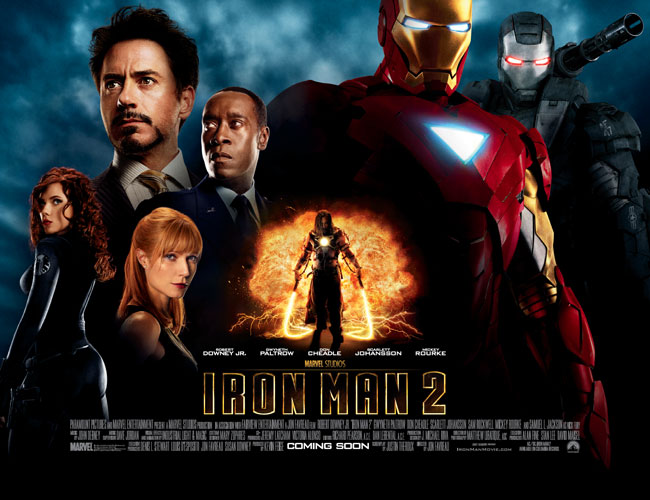 “What is, and will forever be, my greatest creation is…..you”

After announcing that he was Iron Man, the government wants to take his suit away from him. They believe that he is not dependable and they want to put the advanced technology in someone else. Tony doesn’t agree with this. So, Tony refuses to hand over his technology.

After doing this, another man by the name of Ivan invents some similar technology and attacks Stark with it. It is up to the Armored Avenger to end this threat and fix his own arc reactor before it kills him.

Iron Man tries to protect as many people as possible. He does some stupid things in the beginning of the movie, because he is dying and wants to do a lot of fun things before he dies. Near the end, however, he apologizes for his actions and tries to become a better man.

This movie can get violent. We see a lot of blood. We also see some explosions. Black Widow punches and kicks a lot of people. She even hangs someone (to some extent).

We see a lot of girls without shirts on. Natasha changes in the back of a car and we see her bra. The driver is told to watch the road, but he still is looking back. We also see Natasha posing in a lingerie in one scene. Pepper and Tony kiss twice. One man is seen shirtless. War Machine carries a missile called the ex-wife. It is called this twice in the movie.

Tony drinks in some scenes, and in one scene he acts really drunk. He slurs words and does some other stupid stuff. He even tries to kiss Pepper, who isn’t drunk and wants to end the party.

A couple of times in this movie we hear the phrase “stood up or fight God.” No one can beat God. This movie misuses God’s power. He is all-powerful. We must remember this when you hear this in this movie.

This movie has some language in it. We hear two f words beeped. We also hear the Lord’s name misused twice and Jesus’ once. 10 or so “a–” are heard, some combined with bad and dumb. “D-m-” and “Sh–” are thrown out a few times.

In the end, this movie earns it’s PG-13 rating. The violence is mild but the language is extreme. I seriously wish we could get a superhero blockbuster with no language. The sexual and drug content are also a bit much.

While there are plenty of negatives I could say about this movie, there are some lessons to learn. Friendship and dependability are examples. Tony Stark also asks for forgiveness after he is wrong.

I am really into superhero movies. I love the action and adventure. I am sure there are people out there just like me. Though we love the superhero movies and whatnot, we have to take into perspective what the movie is communicating with us. We need to process this information to understand the movie. In my opinion, of all the Iron Man movies, Iron Man 3 teaches the most lessons. I hope you take the time to think about what you are watching when you watch Iron Man 2.